1) In 1996, musician/rock band manager Paul O’Neill hit upon the idea that Christmas tunes could be totally progressive and the Trans-Siberian Orchestra was born. The TSO plays holiday music, traditional and originals, with a Rush level of elaboration and technical skill, all of which has racked up millions of album sales. You probably know the band’s wailing, synth-infused version of “Christmas Eve/Sarajevo,” a.k.a. “Carol of the Bells.” It’s one of the most hardcore tracks that DJs pull out every December. Music like this deserves the arena treatment, with a great light show and all, so the TSO has been touring major venues at the holiday season annually. Paul O’Neill passed away from chronic health problems in 2017, and bassist Dave Z (David Zablidowsky) died that year too, in a motor vehicle accident. But the band plays on—surely, as these men would have wished—and the TSO visits PPG Paints Arena for matinee and evening performances. The new show is billed as Christmas Eve and Other Stories. 3:30 and 8 p.m. 1001 Fifth Ave., Uptown. (RH/MV) 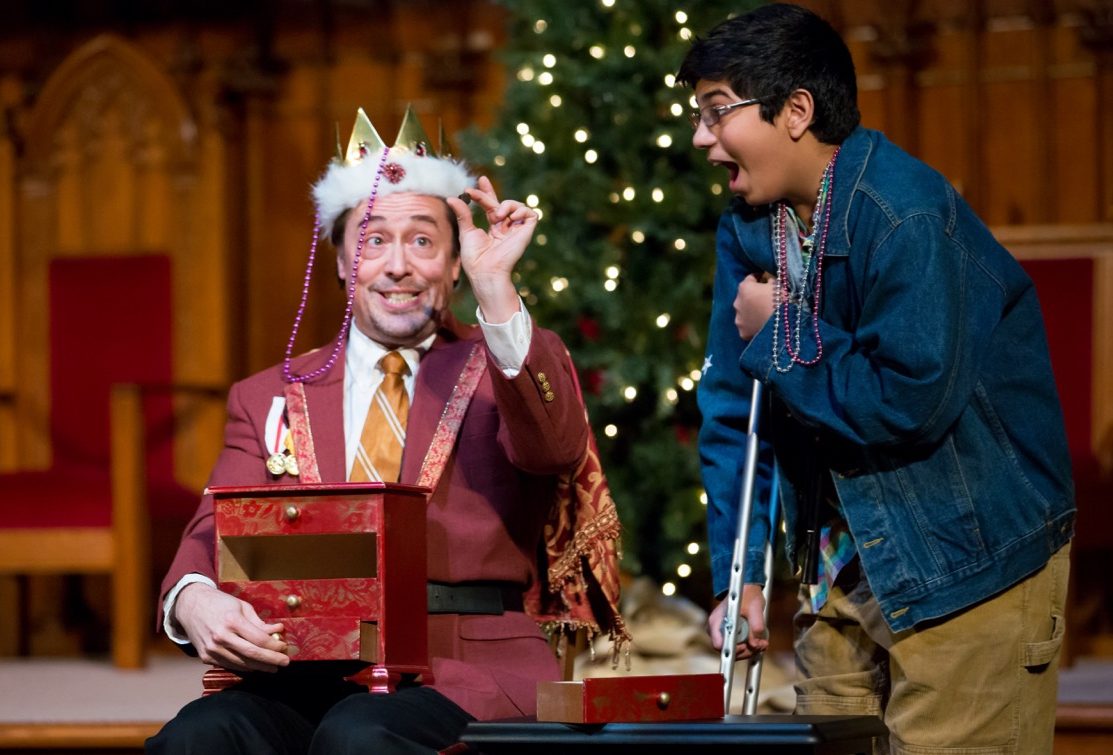 The Resonance Works production of ‘Amahl and the Night Visitors’ brings out the humor and high spirits in Menotti’s opera. In this scene from a prior year’s performance, Kaspar—one of the three kings—shows Amahl the licorice drops he’s bearing as a gift from afar. (photo courtesy of Resonance Works)

2) Believe it or not, there was a period in American history when the major TV networks carried operas in mass-market prime time. Television was new then. Network execs figured people would want to see culture’s best brought into their homes. And in 1951, NBC commissioned the first opera made expressly for TV. It was a Christmas opera: Gian Carlo Menotti’s Amahl and the Night Visitors. Menotti, an Italian immigrant, wrote the opera in English but was inspired by a childhood memory. Kids in Italy didn’t wait for Santa Claus; they knew that Christmas presents would be brought by the Magi—the legendary three kings, stopping at their house on the way to visit the infant Jesus. So Menotti’s Amahl depicted a boy and his mother in Biblical times, hosting the actual three kings for an overnight sojourn and receiving a miraculous gift in return. The opera was an annual staple on TV until the 1960s, when it was shelved in pursuit of max ratings. But now, in Pittsburgh, it is possible to see a rare live performance. Resonance Works presents Amahl and the Night Visitors on stage at the New Hazlett Theater. 3 p.m. Last day. 6 Allegheny Square East, North Side. (MV)