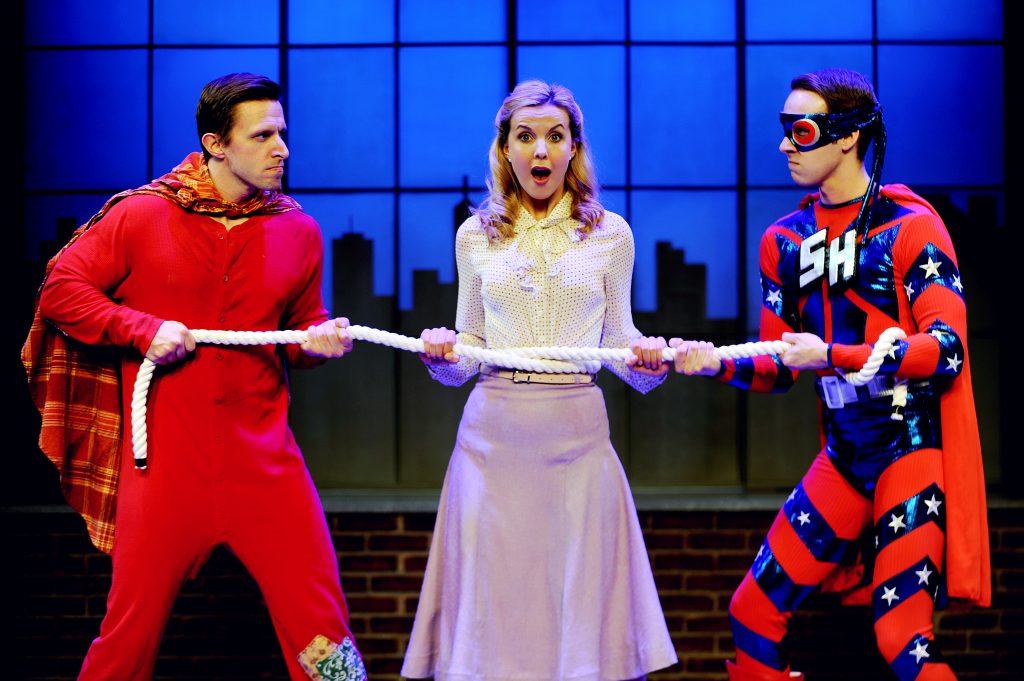 1) What does the CLO in Pittsburgh CLO stand for? Long ago the company was known as Civic Light Opera, a euphemism for “we do musicals.” And CLO continues to mount full-up productions of big Broadway musicals, while branching into a side venture that you might call Civic Light Chamber Opera: smaller, more intimate shows done cabaret-style. The newest in this vein is the world premiere of Up and Away. Like many CLO Cabaret offerings, it’s a comedy, for as every comedy-club fan knows, small spaces are conducive to big laughs. Written by a K duo—Kevin Hammonds and Kristin Bair—Up and Away has a cast of five playing over 50 characters, in a plot that revolves around two brothers leaving a small town to pursue their destiny in the big city. Their misadventures are accompanied by song and dance. 7:30 p.m. Performances continue through April 22. Cabaret at Theater Square, 655 Penn Ave., Cultural District. (MV)

2) Our battlin’ Bucs take on the Colorado Rockies, in the last game of a three-game home stand. The Pirates have been “mudders,” in the start of the season, defying cold and rain, and even snow, to get off to a great beginning. Wouldn’t it be fantastic if this level of success continues all the way through September! First pitch this afternoon at 12:35 p.m. PNC Park, 115 Federal St., North Shore.