1) Glam-metal band Vixen will perform at Jergel’s Rhythm Grille on Halloween. Vixen hasn’t released a studio album since 2007’s Live & Learn. It’s also the last to feature guitarist Jan Kuehemund, who died from cancer in 2013. However, drummer Roxy Petrucci and bassist Share Ross, members of the classic line-up, remain a part of the group, which continues to tour. “Edge of a Broken Heart” is a great Vixen tune. Sound Servent and Sahara open. 8 p.m. 285 Northgate Dr., Warrendale. (CM) 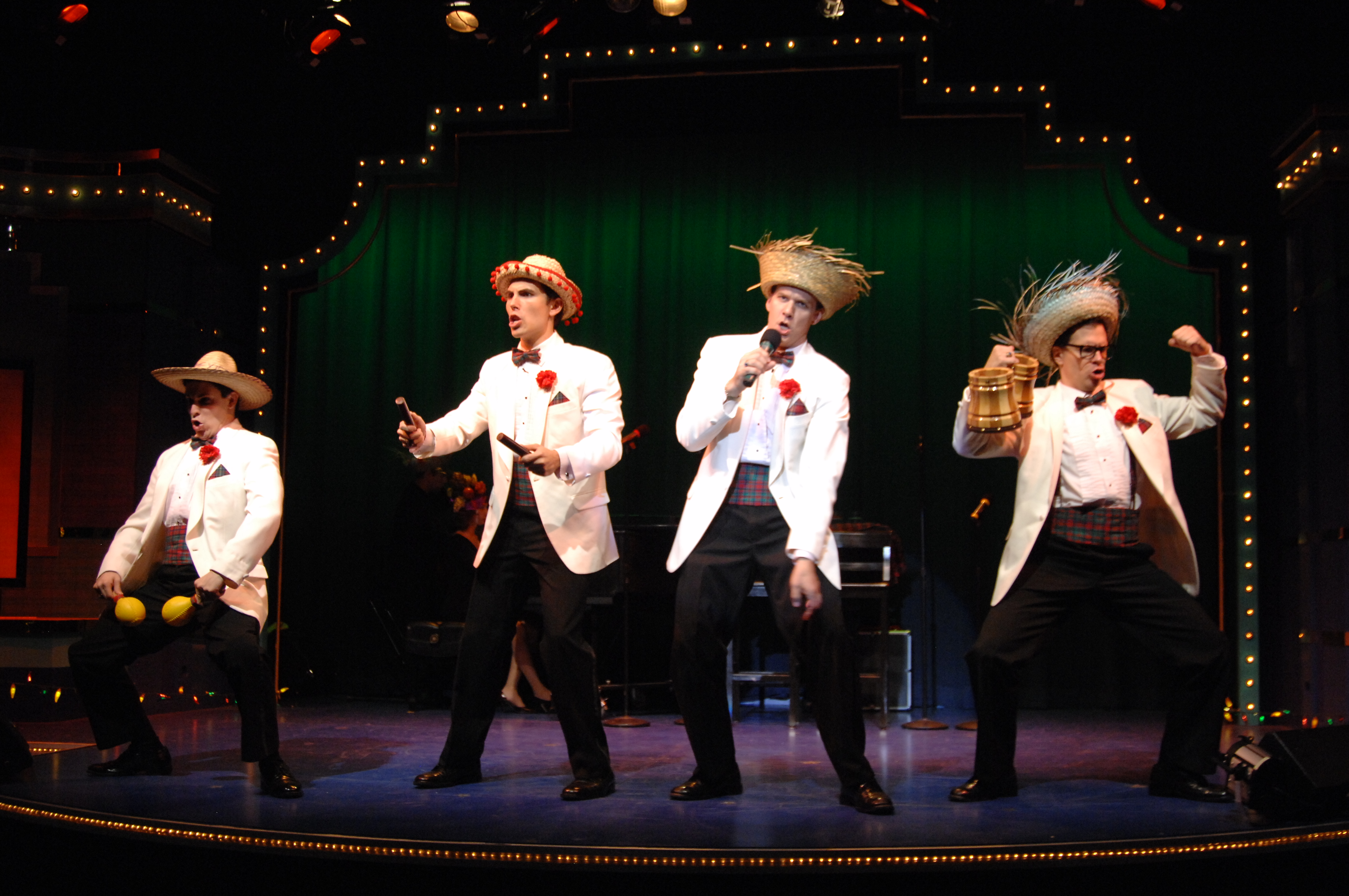 Pop hits of the 1950s and early ’60s included ethnic and folk-inspired songs from artists such as Harry Belafonte. The boys in ‘Forever Plaid’ appear to have their stereotypes on wrong but they give it a lot of energy. (photo: Matt Polk)

2) Forever Plaid is a retro jukebox musical that imagines the day the music didn’t die. The music is the kind that ruled the airwaves in the 1950s and early ‘60s, before rock took over utterly—back when Connie Francis was America’s Sweetheart of Song, and guy groups sang four-part harmony instead of playing electric guitars. Forever Plaid is set in 1964, when a fictional quartet called The Plaids don’t make it to a big gig. In an act of blatant symbolism they are killed by a bus carrying teenagers to The Beatles’ U.S. debut on “The Ed Sullivan Show.” But someone upstairs loves that harmony, as The Plaids are miraculously re-assembled to sing a deathless setlist. It includes The Four Lads’ “Moments to Remember,” The Four Aces’ “Three Coins in the Fountain,” change-of-pace songs like Sam Cooke’s “Chain Gang”… and if you’ve never heard “Scotland the Brave” without pipes and drums, you will now. The music is mixed with much clowning and topical humor. Pittsburgh CLO presents Marcus Stevens, J.D. Daw, Chris Crouch, and Joseph Domencic in Forever Plaid at the Greer Cabaret Theater. 7:30 p.m. Continues through December 29. 655 Penn Ave., Cultural District. (MV)