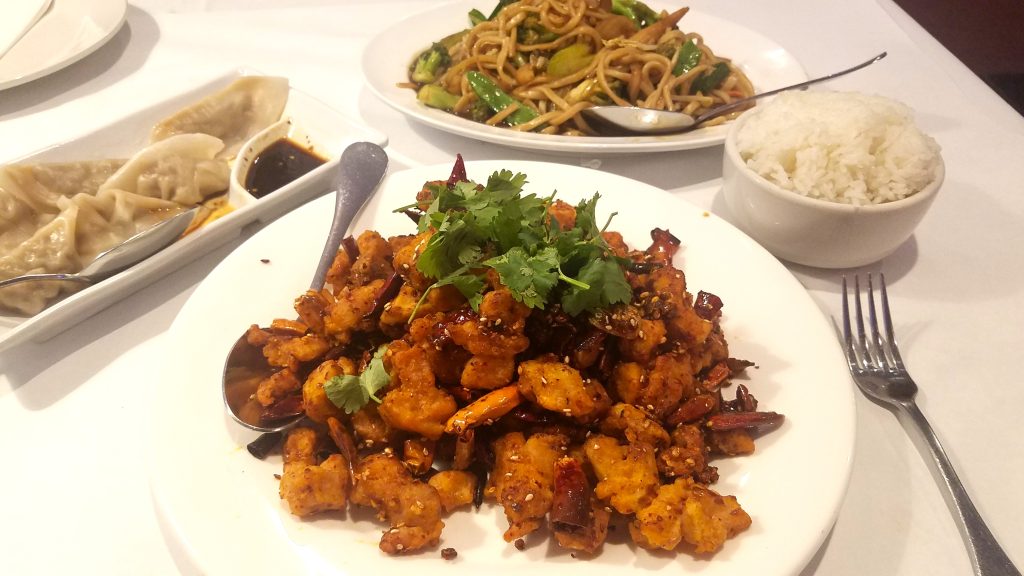 With Chinese (lunar) New Year on Sunday, January 22, transitioning from the Year of the Tiger to the Year of the Rabbit, I thought it would be a good time to explore the more authentic side of a few local Chinese restaurant menus.

Usually I tend to order more “Americanized” Chinese food dishes like garlic chicken, moo shu pork, and General Tso’s Chicken. So I thought I’d venture off my “well-eatin’” path. Below is a look at several different Chinese restaurants and their menu offerings.

Szechuan Spice restaurant is in the Centre Avenue space that for many years housed Jimmy Tsang’s Restaurant. It features Chinese and Szechuan dishes. The staff is very competent and friendly and led by Greg Katz, formerly of Shadyside’s China Palace. Paul Liu, the main server, is originally from Taiwan. He worked at China Palace as well. The restaurant features comfortable booths that look out onto Centre Avenue and a spacious main dining area.

I asked Greg and Paul for a different dish that I hadn’t had there before that featured chicken. They both asked if I liked spicy food. I replied that I like things spicy, but not too spicy. They said their most popular chicken dish is the Diced Chicken with Dried Pepper Chongqing-Style ($14.95), but it is very spicy. I decided to bite-the-bullet (chili pepper) and ordered the Chongqing Chicken. I paired it with hot & sour soup, and an order of steamed pork dumplings. My brother Howard, who is a Chinese restaurant aficionado, ordered vegetable lo mein and hot & sour soup. Our soup was hot, spicy and very tasty with a mélange of different flavors. 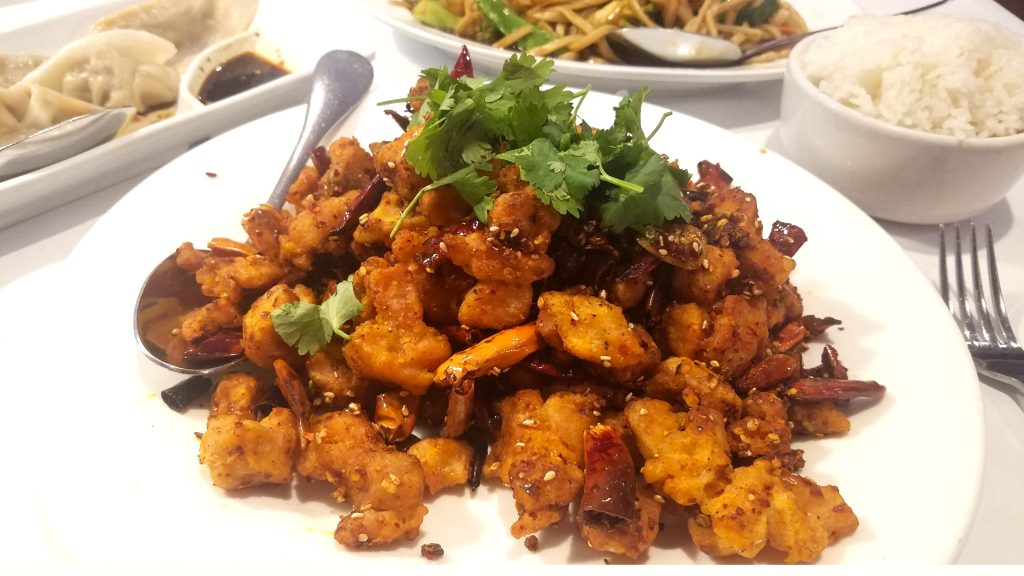 The Chongqing Chicken was similar to popcorn chicken with delicious breaded and deep fried pieces of chicken covered with hot chili pepper seeds and surrounded by Szechuan peppercorns and hot chili peppers chopped in half. It was very fiery. The hot pepper overload was fun for awhile, but about half-way through eating the dish, I threw in the towel (napkin) and decided to start dusting the chili pepper seeds off of the chicken and ate the rest. It was surprising when I was done eating the chicken how many hot peppers were left. The pork dumplings provided a welcome counterbalance to the spicy chicken. Howard reported that his lo mein and hot and sour soup were splendid. Szechuan Spice offers lunch specials ($9.95 to $10.95) with steamed rice, Monday to Saturday from 11 a.m. to 2:30 p.m. Szechuan Spice has applied for a liquor license and hopes to have it soon. Open for lunch and dinner seven days a week. 5700 Centre Avenue (near Negley Avenue), (412) 363-888. Delivery is available. 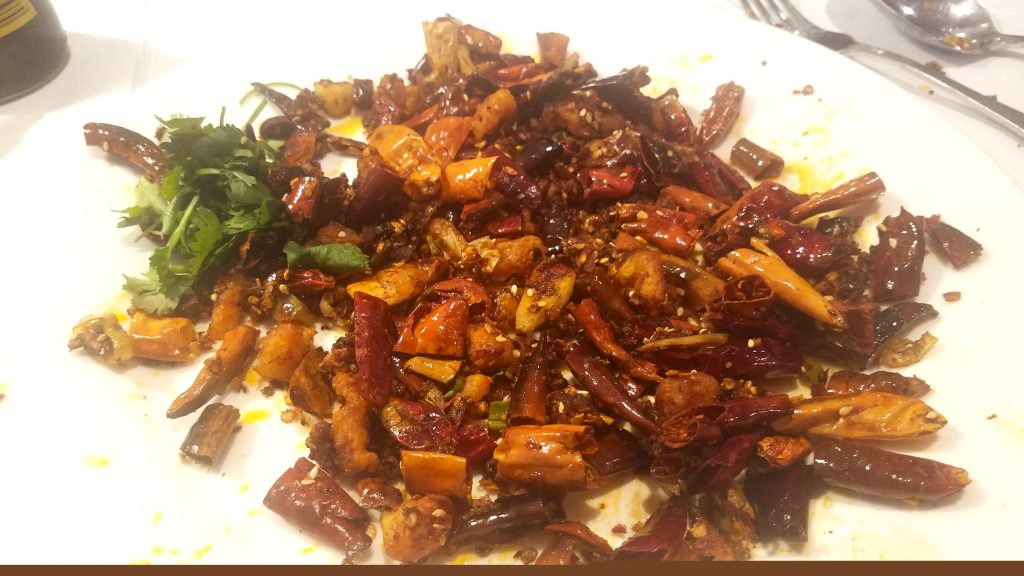 Next stop on the Szechuan section of the Chinese restaurant menu tour was Squirrel Hill mainstay, How Lee. This restaurant is a frequent stop for my wingman, Howard. How Lee is on a corner situated at Forbes and Shady Avenues. A great spot for watching the passers by. I asked our usual friendly server, Shelly, about the seafood chili pot ($21.95) from the Szechuan section of the menu. She said it was pretty hot and made a less spicy suggestion. I proceeded at my own risk and ordered the seafood chili pot. 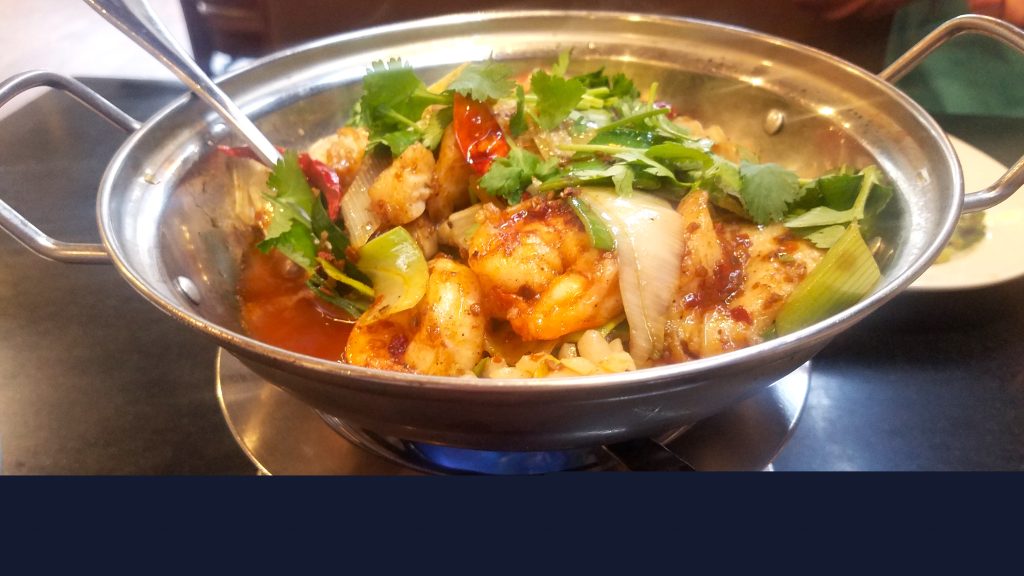 Seafood with Chili Pot (How Lee).

The seafood chili pot was served in a silver covered dish with a fire below boiling the liquid above containing the seafood and veggies. Flaming/boiling liquids on the table that can be knocked over give me apprehension so I asked her to extinguish the flame. The chili pot had pieces of squid, breaded fish, and shrimp, along with mushrooms and other vegetables. It also contained cilantro, which I don’t care for, so I picked out those pieces.

The seafood was fresh and flavorful, especially the shrimp. The seafood chili pot was spicy hot, but I enjoyed it. One unusual occurrence was that after eating some of the dish it seemed like my tongue was numb! I asked the server what the liquid in the dish was and she said Szechuan peppercorn oil. Thank God for the cool plain white rice that came with it.

In researching the Szechuan peppercorn oil for this story I saw that the peppercorn are prickly ash tree berries and are a member of the citrus family. What is used in cooking is actually the husk of the berry. The Szechuan peppercorn is often combined with chili peppers to create a flavor known as málà which has a numbing-spiciness. Good to know what was causing my tongue numbness! 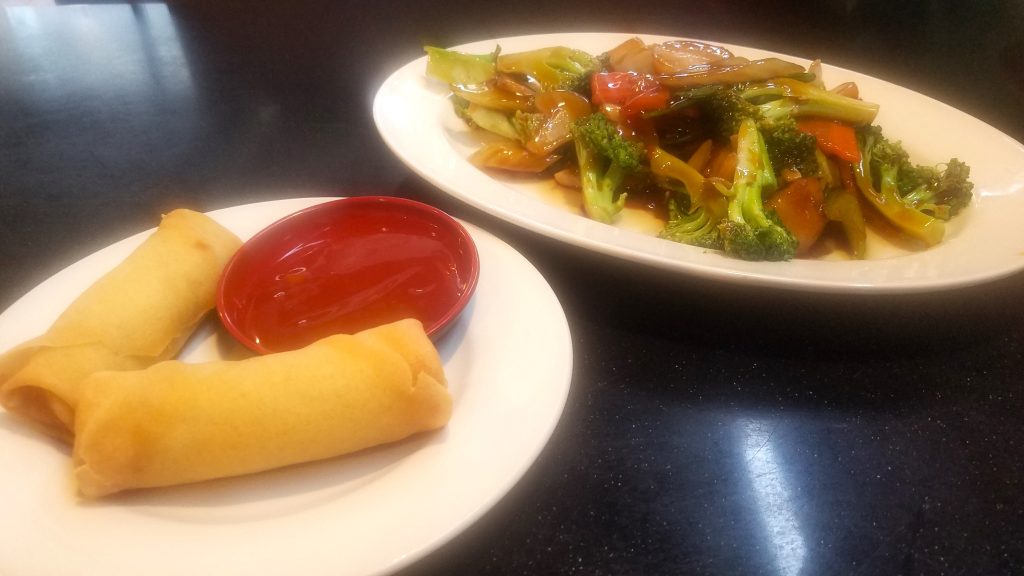 Howard’s tongue was not numb and he reported that his vegetable delight and spring rolls were delicious (Howard has recently been trying out a vegetarian food regime.)  How Lee’s lunch specials ($11.95) include a main dish; white or fried rice and an egg roll. Special runs Monday through Saturday 11:30 a.m. to 3 p.m. How Lee is open seven days a week. 5888 Forbes Ave. (412) 422-1888. Delivery is offered.

For my third and last Chinese restaurant adventure I explored authentic Chinese food offerings to its furthest outpost. I had been wanting to try a newer Chinese restaurant, Jian’s Kitchen, on Forbes Avenue (near Prantl’s) in Squirrel Hill. It’s in the former downstairs space of Mediterranean Grill. My brother and I were seated in a comfortable booth in the cozy restaurant and started eating the complimentary fried wonton noodles and duck sauce. I had seen pork intestines offered at all three restaurants I visited. I thought, If I’m going to be real authentic, I’m going to go all the way. So, I ordered the Crispy Scallion Pig Intestine ($13.95) appetizer and for my main dish, the Chicken Gizzards with Sha Cha Sauce ($17.95). 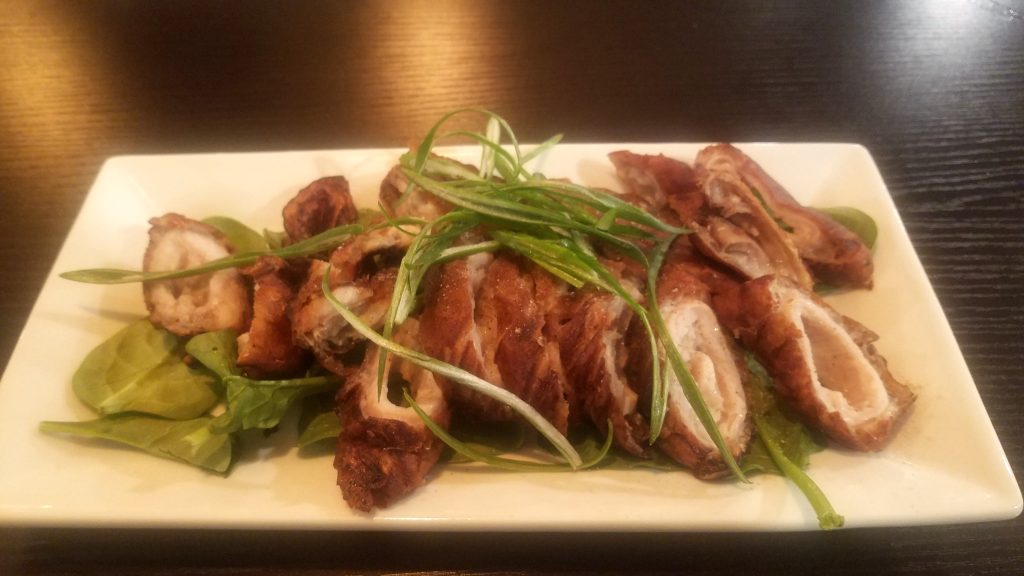 The pork intestines were breaded and deep fried and that gave it some good flavor. The sliced intestines were slightly rubbery and had an “earthy” flavor. Those characteristics are the nature of that item. It was an interesting dish, but not one I will be ordering again anytime soon.

The chicken gizzards in my main dish were diced and served with mushrooms, carrots, and onions in the Sha Cha sauce. The sauce was described to me as a type of fish sauce. It was flavorful and not “fishy” tasting. The gizzards were good, but some were a little chewy and had gristle. This is probably also the nature of this type of dish. 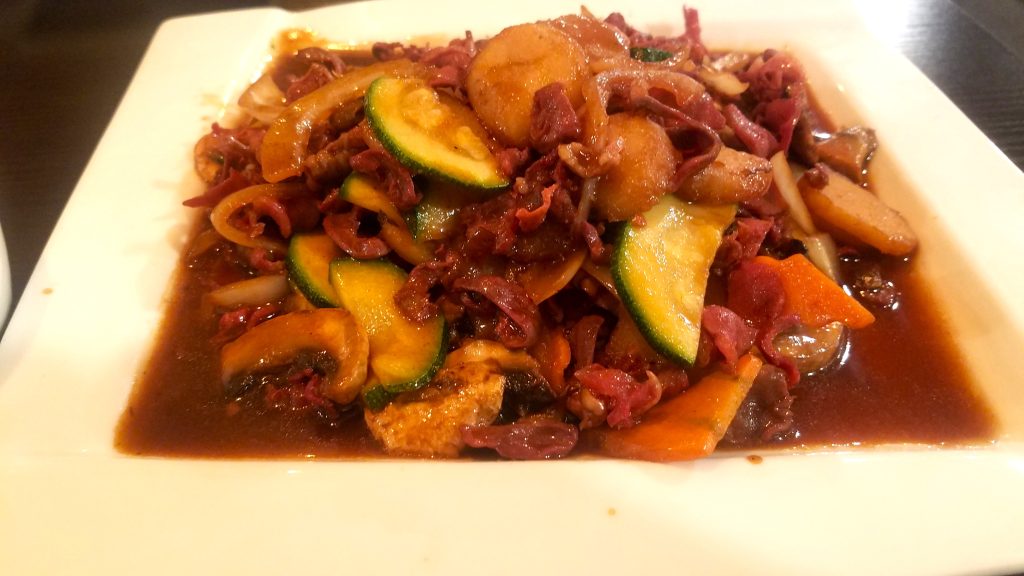 The staff was very friendly. Owner Jian, Chef Mike, and the server, George, were all very responsive to my pre-ordering questions. I’m looking forward to returning and trying some of their many less exotic food offerings. Howard said his veggie delight, veggie dumplings, and hot & sour soup were all very good.

Chinese restaurants have long been a part of American culture. They can be a fun and lower cost restaurant outing. The rabbit is said to be the luckiest of the 12 Chinese zodiac animals and also brings peace, hope, and prosperity. Happy Year of the Rabbit to you!