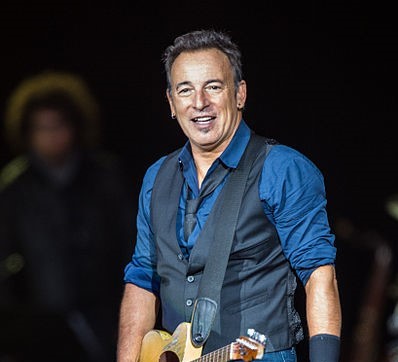 The first song that I can remember hearing by multi-Grammy-award winner Bruce Springsteen was “Born to Run.” I loved the music and the lyrics! What I especially noticed was what sounded like tiny bells playing throughout the song. Only later did I learn this was the result of a glockenspiel played by the late E Street Band member Danny Federici. Other early favorites were “Backstreets” and “Tenth Avenue Freeze-Out.” I then went on to ravenously enjoy every song on Darkness on the Edge of Town, which produced songs like “Prove It All Night,” and The River, which gave us “Out in the Street” and “Hungry Heart.”

Springsteen and band will be performing all the songs from The River album on this tour of the same name. The songs will be played in a different order at every stop. Each concert of this tour will be recorded and available for download. The tour is in support of Springsteen’s box set The Ties That Bind: The River Collection with the entire The River album and outtakes from those recording sessions.

Bruce Springsteen & The E Street Band have had continuing success over the years despite obstacles that included the deep loss of saxophonist Clarence Clemons and Federici. However, like great champions, they’ve moved forward and found a new path. When the sum of great musical parts—like Bruce Springsteen and The E Street Band—comes together in a positive way, magic happens. This concert sold out quickly, but tickets can be found on re-seller sites. 7:30 p.m. Consol Energy Center, 1001 Fifth Ave., Uptown.