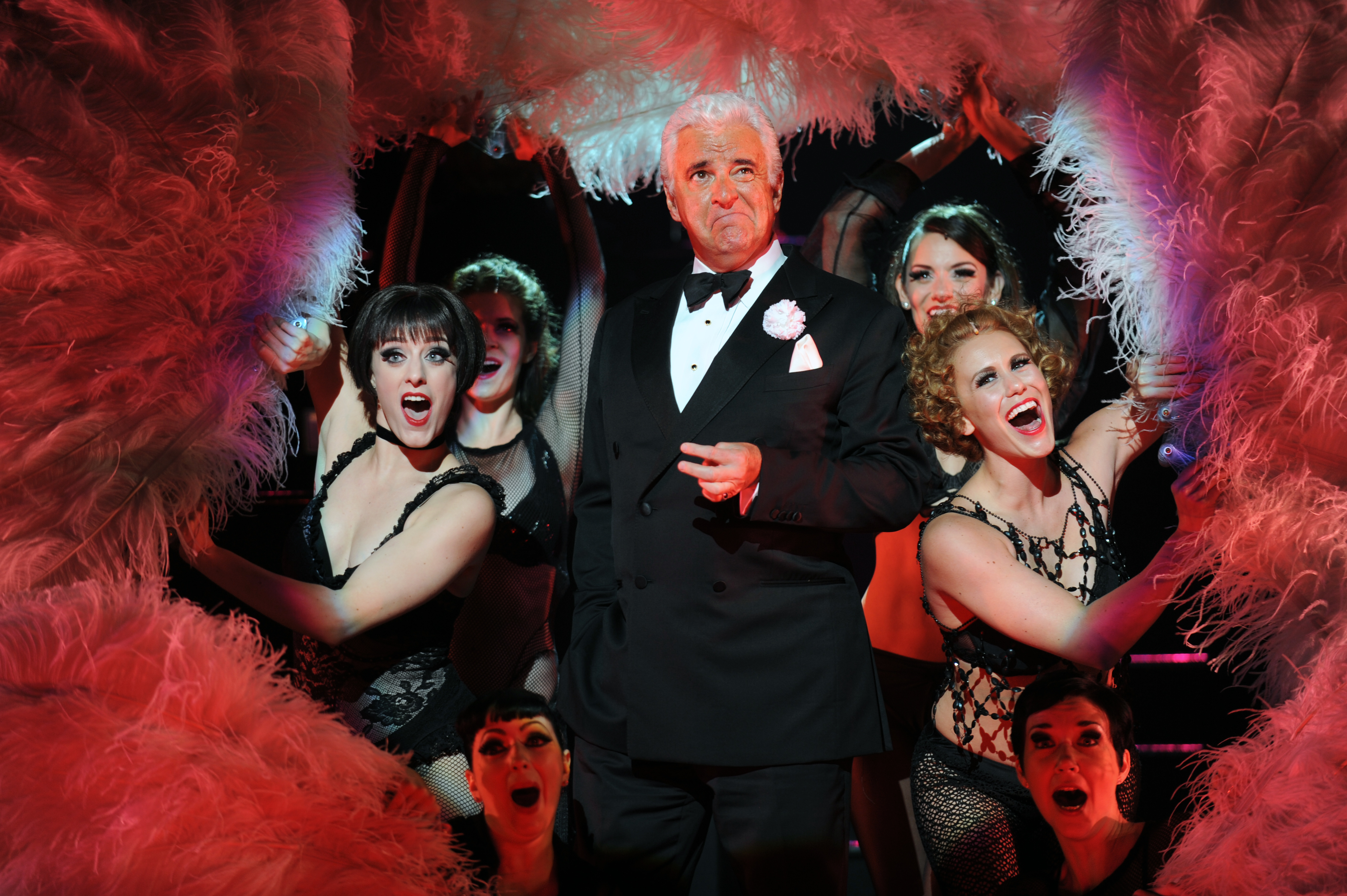 In 1924 in Chicago, two lurid murder cases made headlines, each involving a glamorous young woman. One admitted shooting her lover and there was strong evidence that the other, a cabaret singer, had killed hers. Both had clever lawyers who played on the jurors’ sympathy, and both were acquitted. After covering the cases as a reporter, Maurine Dallas Watkins wrote a play satirizing the media-circus trials and the reckless, freewheeling atmosphere of the city itself. Her play, Chicago, did well on Broadway. Nearly 50 years later, a musical adapted from it did even better. Writers John Kander, Fred Ebb, and Bob Fosse mixed the crime stories with dark humor and sizzling song-and-dance to evoke the Roaring Twenties in a way that audiences loved. The Chicago musical is an enduring hit, playing and re-playing worldwide while a movie version won the 2002 Oscar for Best Picture. Pittsburgh CLO is performing Chicago with TV’s John O’Hurley in the male lead as lawyer Billy Flynn. See our review. 8 p.m. Performances through June 26. Benedum Center, 237 7th St., Cultural District. (MV)