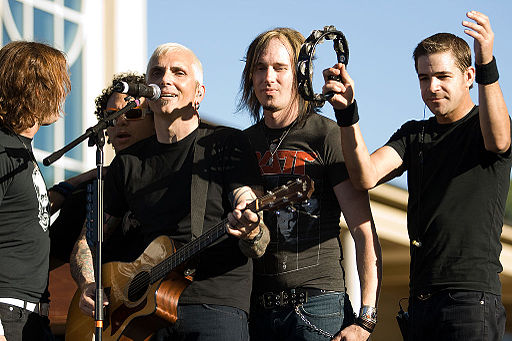 Begun in 2012 as a ‘90s nostalgia fest by Everclear’s Art Alexakis and Sugar Ray’s Mark McGrath, the Summerland Tour will make its usual Stage AE stop this year. When McGrath split, amicably, in 2013, Alexakis began curating more alternative acts. This year’s edition also went more early ‘00s with bands like Fuel, a post-grunge group whose 2000 single “Hemorrhage (In My Hands)” was number five on Billboard’s Best of the 2000s Rock Songs chart. Not bad for a band who got started in Harrisburg. Pop punks American Hi-Fi had early 2000s success as well with “Flavor of the Weak.” Two of their members also perform as part of Miley Cyrus’ band. Next, you’ll be asking, “Do you wanna die?” when Toadies play “Possum Kingdom,” a true ‘90s alt rock hit if there ever was one. Finally, “swim out past the breakers, watch the world die” instead, or at least sing along, with headliners Everclear. “Santa Monica,” “Father of Mine,” “Wonderful”—arguably some of the best rock songs from the latter half of the ‘90s. Frontman Alexakis may be the only original member, but who cares? As long as they play the hits plus perhaps a Zeppelin medley, as they did last year, audiences both old and young will be satisfied. Doors open 6 p.m. 400 North Shore Dr., North Shore.