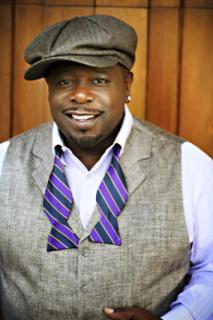 Who’s the hardest working man in show business? It could very well be Cedric the Entertainer, who hosted the syndicated TV show “Who Wants to be a Millionaire,” star of TV Land’s “Soul Man,” standup comic, voice talent, and family man.”Soul Man” was recently picked up for a fifth season. Born in Jefferson City, Mo., he worked as an insurance claims adjuster and substitute high school teacher after graduating from college with a mass communications degree, before trying his hand at comedy. His first good comedy breaks came as a contestant on “It’s Showtime at the Apollo,” HBO’s “Def Comedy Jam,” and BET’s “Comic View.” Cedric’s had many comedy roles in cinema, too, including the Barbershop, Haunted House, and Madagascar movies, and even as the iconic Ralph Kramden character in the 2005 film The Honeymooners.  Cedric’s recipe for success is simple: He has a genuine talent for humor, doesn’t take himself too seriously, and likes entertaining an audience. This is a great opportunity to see a legendary performer along with other top comedians on the Comedy Get Down World Tour including Eddie Griffin, D.L. Hughley, George Lopez, and Charlie Murphy. 8 p.m. Consol Energy Center, 1001 Fifth Ave., Uptown.