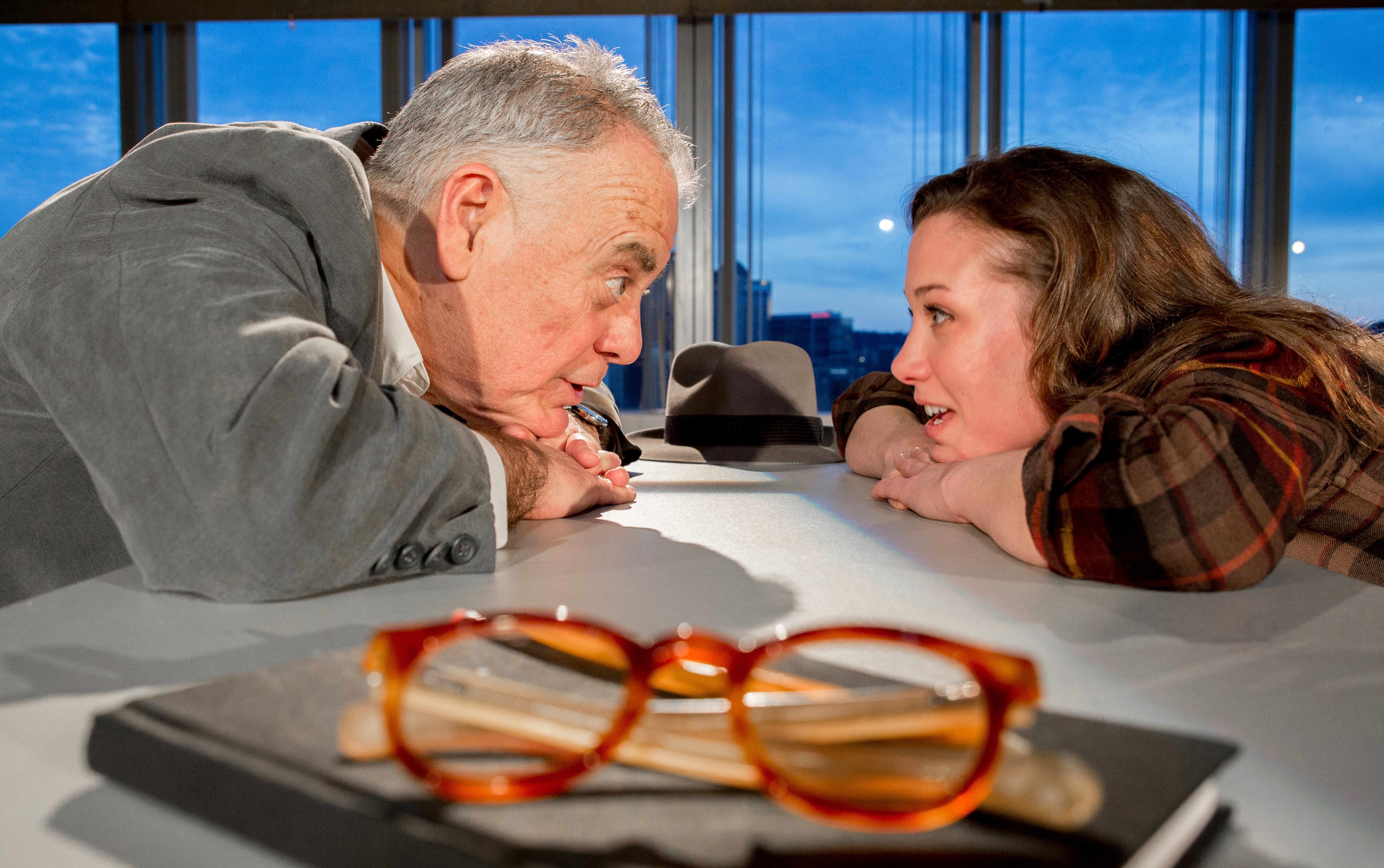 The photographer has shot Hilda and Solness dreaming in black and white, though nothing about them is black-and-white simple. photo: John Altdorfer.

2) Here in America we dutifully recognize Henrik Ibsen as one of the all-time great playwrights, but most of us aren’t very familiar with his plays. After all, Ibsen (1828-1906) has been dead for a while, and he was a Norwegian who wrote in Danish (really), and we’ve had newer waves of writers who are equally dead or cross-cultural. However the old master’s masterpieces keep generating replays, and Quantum Theatre sets out to channel Ibsen at the height of his game with The Master Builder.

The title character is an architect who has built a career on shaky foundations. His personal and business affairs are already riddled with intertwined conflicts when a mysterious young woman shows up, claiming to be his secret admirer and aspiring to be his muse. The Master Builder’s story is easy to follow but defies easy interpretation; it’s a parable wrapped in enigma.  8 p.m. Performances run through May 1. Quantum is performing it at Nova Place (formerly Allegheny Center), 100 S. Commons St., North Side. (MV)