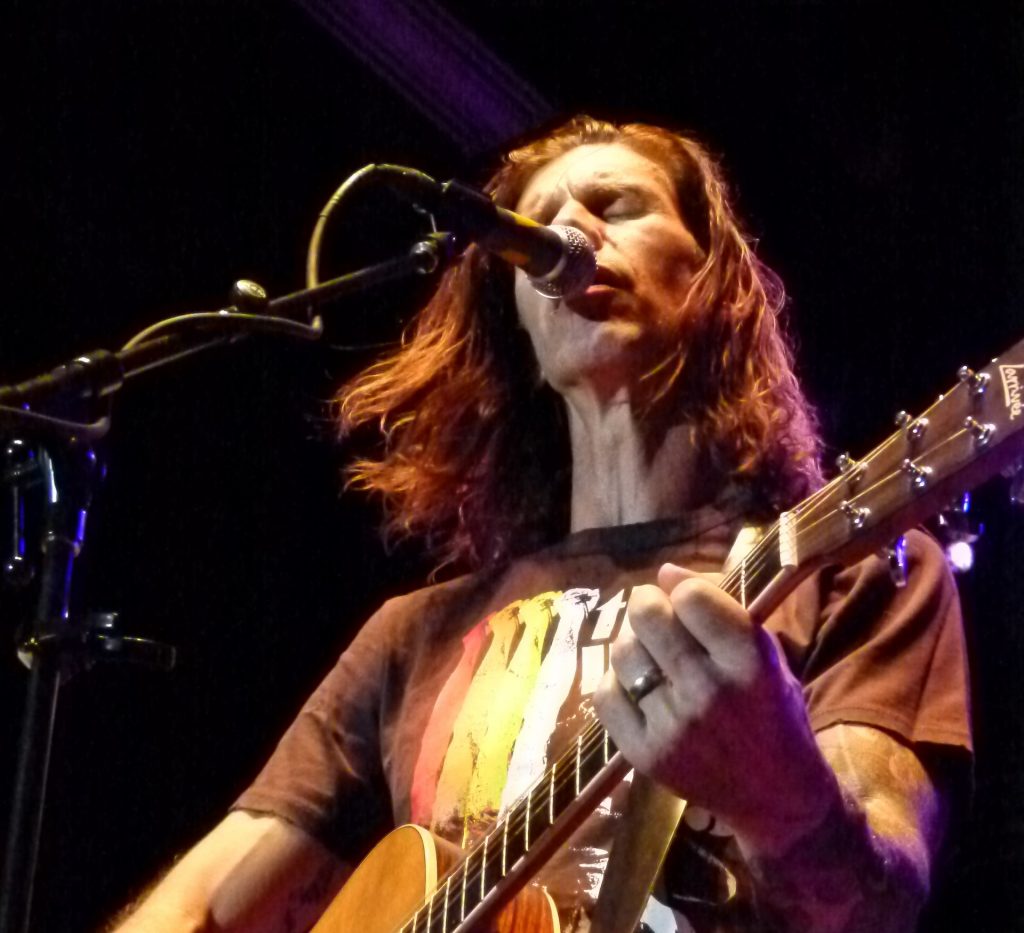 Scott Blasey performing with The Clarks at Stage AE in 2018. (photo: Rick Handler)

Although Earth Day activities in Pittsburgh have gone virtual or have been postponed until August, that doesn’t stop a high spirited celebration of the day. In tribute to Earth Day’s 50th Anniversary, noted Pittsburgh musicians came together as Voices for the Earth and recorded a new version of a very popular song from the original Earth Day, “Lay Down (Candles in the Rain).”

Artists featured on the song include Pittsburgh musical royalty: Michael Glabicki and Jenn Wertz (both formerly of Rusted Root and now respectively with Uprooted, and as a solo artist), Joe Grushecky (The Houserockers), Scott Blasey (The Clarks), Kelsey Friday (Brownie Mary), Clinton Clegg (The Commonheart), Melinda Colaizzi (Women Who Rock), Jeff Jimerson (national anthem singer for the Pittsburgh Penguins, and of the band Airborne), Anthony Rankin, Stevee Wellons, Mia Z (former contestant on the television show “The Voice”), Bria Zegarelli, and Ronda Zegarelli (solo artist, formerly of Ronda and The Arrivals). The singers are backed up by the wonderful voices of the Deryck Tines Choir. 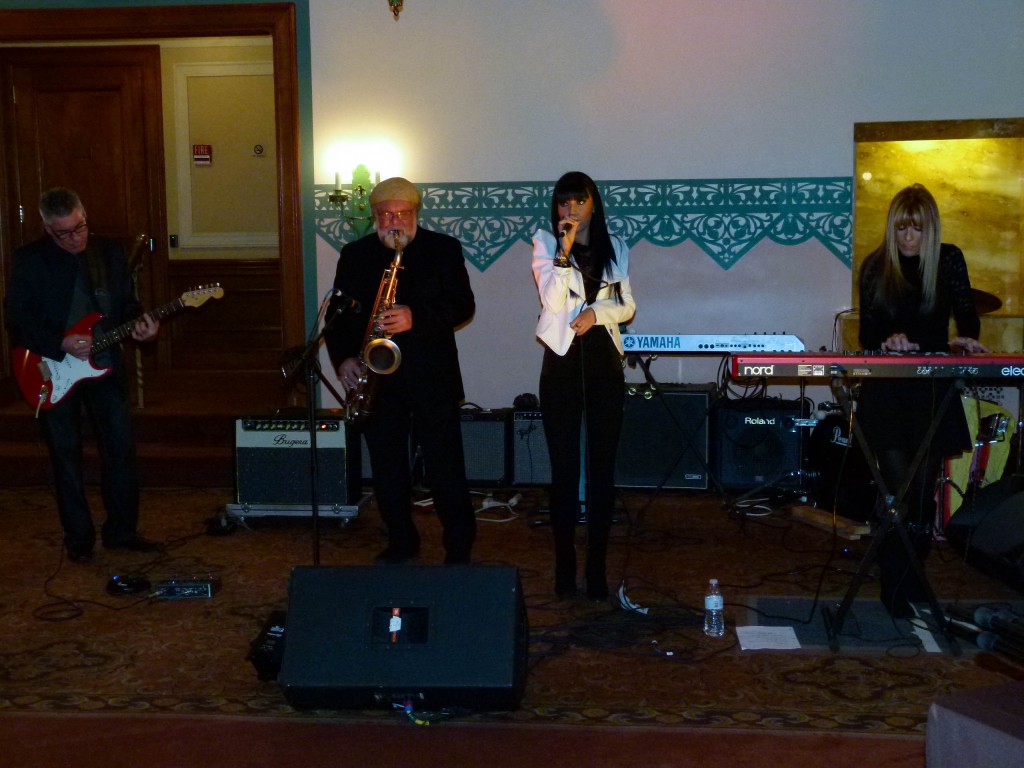 Mia Z, performing with her band in 2015 at The Pittsburgh Cultural Trust’s event The Chocolate Bar.(photo: Rick Handler)

In the press materials Jenn Wertz commented on her feelings about recording the song and Earth Day, “This is a special song that still resonates today for Earth Day and also in these times of crisis. Our Earth is in crisis, our systems are in crisis, so it’s wonderful to be a part of this project that will hopefully inspire a feeling of togetherness during this time of being apart.” She continued,  “And it’s just so appropriate that we are all being still during Earth Day this year. Maybe Mother Earth needed a break from all of our normal human activity.”

The song was originally written by folk/pop singer Melanie Safka and released in 1970. Melanie was moved to write the song after performing at Woodstock. Speaking of how she wrote “Lay Down (Candles In The Rain),” Melanie says, “I left that field with that song in my head, the anthemic part.” The lyrics speak to the sense of community that washed over Safka on that magical night. “It was this incredible flow of human power being directed toward me.” When the rain stopped, members of the crowd lit candles to let other people know that everything was “bright.” Melanie was so moved by the sight that she wrote this song to commemorate it. “Lay Down (Candles In The Rain),” with The Edwin Hawkins Singers contributing, climbed to number six on the Billboard Hot 100 chart. In the Pittsburgh recording of the song, the singers even blended in their version of the refrain of John Lennon’s “Give Peace a Chance,” adding hope and a call to action.

Pittsburgh musicians recorded the tracks over a weekend in January at the Church Recording Studio. The sessions were led by skilled producers Rick Witkowski, Studio L and Dana
Cannone, and The Church Recording Studio team. Ronda Zegarelli, owner of creative and events agency Acrobatique, was the catalyst for the project. Acrobatique has been the driving force behind the signature week-long programming of Pittsburgh Earth Day for the last five years.

“In looking at the past for inspiration, I stumbled upon a song that I recognized from years ago as a little girl. I recalled being moved and singing along with the anthem-style chorus,” said Zegarelli. “When I was asked to evolve Earth Day programming for the 50th Anniversary, I felt music would be the unifier to inspire a community of like-minded people—people who want to change behaviors as those before us had done 50 years ago. I hope that the song resonates and enlightens everyone’s hearts and souls as we come together in celebration of Earth Day during an unprecedented new world”. 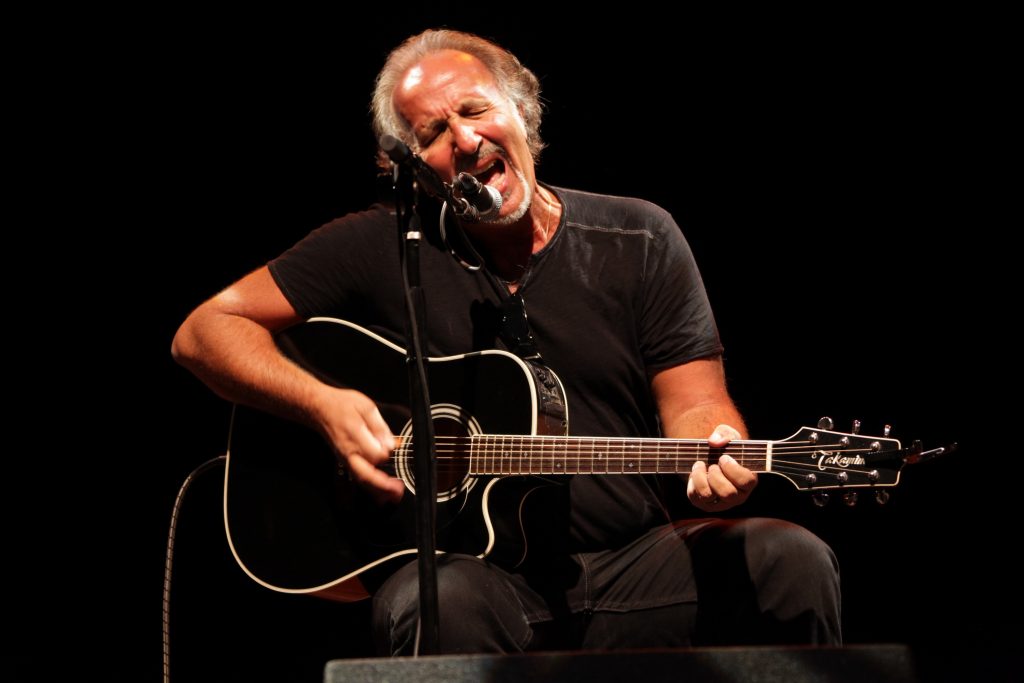 Joe Grushecky, who leads his band The Houserockers, also has a quieter, softer side as a solo singer/songwriter. (photo courtesy of Joe Grushecky)

Pittsburgh Earth Day has partnered with Earth Day Global Network to present a video of the song featuring the network’s “Earth Day Challenge” which offers 22 action-oriented items to support the natural environment that people can participate in right now, from the comfort of their homes. The video serves as inspiration for the simple steps that people can take to make a difference and inspire others to do the same.

According to the Earth Day Global Network, “While we collectively take action as individuals to bend the curve and reduce the spread of coronavirus, we cannot lose sight of the bigger picture—our global climate crisis. The intrinsic connections between human health and planetary health sparked the first Earth Day in 1970, and today, we must rise to meet these dual crises again as Earth Day marks 50 years. In the face of a challenge that forces us to stay apart, we’re bringing challenges to bring the world together.”

Kudos to the Pittsburgh musicians and production team behind the amazing recreation of Melanie’s “Lay Down (Candles in the Rain)” and for their support of Earth Day and environmentalism!

The song is available to stream at PittsburghEarthDay.org  Download the song for free here.