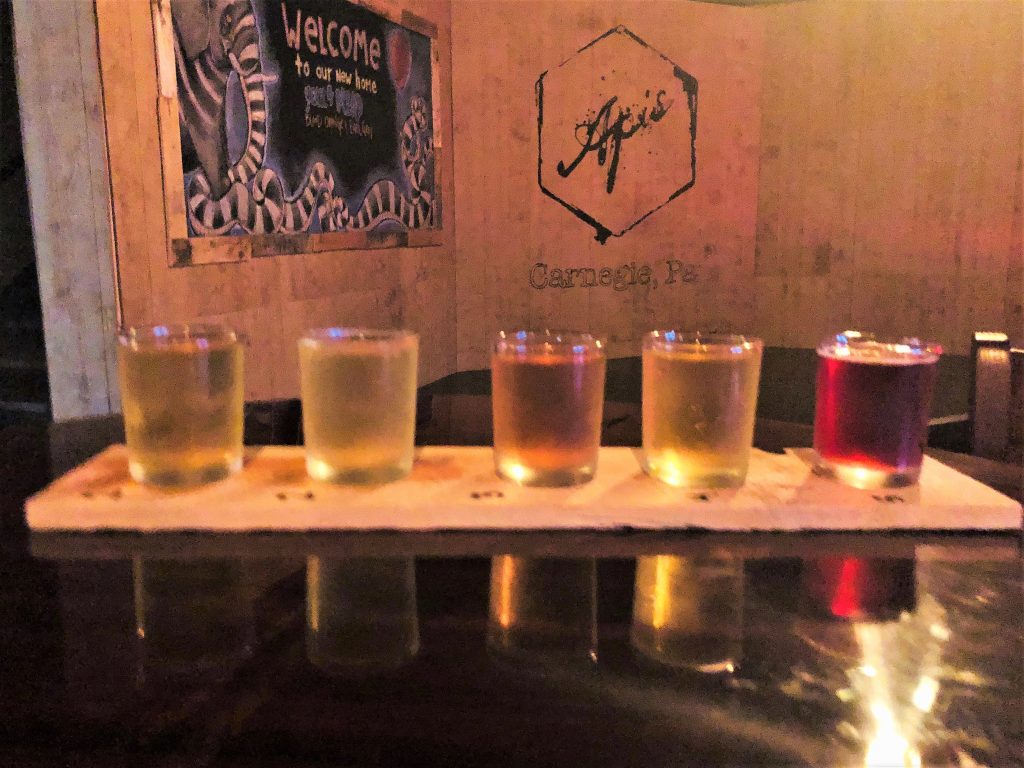 A flight of sweet Apis mead stands proudly before the new stage.

Good news for people who liked the old Apis Mead & Winery: the new location managed a smooth transition, bigger but with the same cool aesthetic.

The low-lit Edison bulbs, the high wooden tables, the bar stools, the Ralph Steadman-esque artwork, the board games, the candles, the indie-rock playlist, and oh yes the delicious mead are all the same. However, the new space is much, much bigger. The tables are farther apart, garage doors open to outdoor seating, and tucked into one corner is a stage for live music and comedy.

Perhaps best of all, Apis (Latin for “bee”) stayed in Carnegie: a quaint South Hills neighborhood just off I-376 that’s been on the up since Hurricane Ivan flooded it in 2004. Owner David Cerminara, who is a Carnegie native, opened Apis in 2014.

“That was the plan from day one: to move somewhere bigger,” Joe Deck said. Deck draws the artwork on the bottles and occasionally tends bar. “The fact we were able to stay in Carnegie was a bonus.” 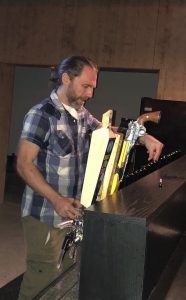 Joe Deck, who draws the artwork on the bottles, also tends bar.

The new Apis officially opened Saturday, August 4 at 206 Mary Street across from Cafe Delhi. A menu for Cafe Delhi lies at the bar along with menus for other popular Carnegie restaurants, such as Slice on Broadway. Thus, patrons are welcome to bring food. The old location didn’t sell food, but plans are underway for an in-house kitchen that will prepare appetizers, such as cheese.

My girlfriend and I visited a week after the grand opening during the monthly Carnegie Crawl. Seventeen meads were on tap. Mead is made by fermenting honey, and it tastes like sweet wine. Apis gets all of its honey from Bedillion Honey Farm, an apiary in Hickory, Pennsylvania. (Bedillion’s honey is also available for sale in jars on site.)

Also on tap were brews from Arsenal Cider, Aurochs, Full Pint, Hitchhiker, and Spoonwood—all area breweries. The non-mead drinks are another new feature. Conversely, one can find Apis mead, whether on draft or in bottles, at many establishments around town. 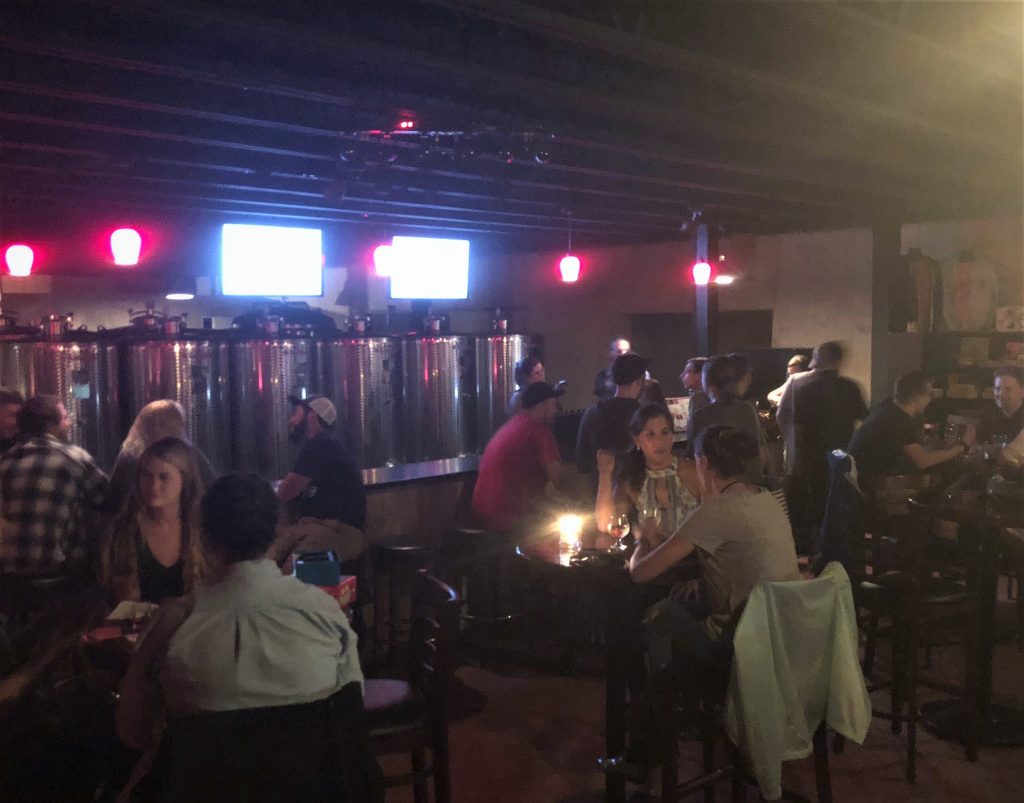 Apis has no trouble filling its new, bigger location.

We stuck to the mead and ordered a flight of five for $15. Year Four (12% ABV) commemorates Apis’s fourth year of operation. Deck explained they brew an anniversary, one-off mead every year. As of this writing, it’s available for another week or two, so act fast. This one was fermented with Earl Grey tea and blood oranges. At first, the mead tasted intensely of alcohol but it mellowed into a tea bitterness and then an aftertaste of oranges. Complex, yes, but a mead worthy of what should be a memorable year for the establishment.

Mellifera (10% ABV) is its house mead. We have had it before, and we appreciate its smooth, not-too-sweet taste. She noted the Honeymoon (12% ABV) was a stronger version of the Mellifera, and unsurprisingly, it smelled and tasted most like honey. 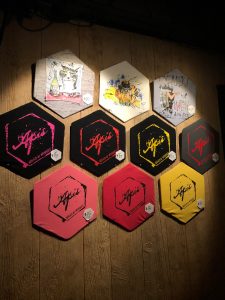 Next up was Hopped Passionfruit (16% ABV). It tasted not so much hoppy than it did fruity, but overall it was pleasant. Jalapeño Pineapple (8.5% ABV) smelled flowery. The heat hit hard and then left a lingering burn in the back of my throat. I loved this mead. She did not.

It’s one of the few things that we disagree on. One of the many things that we do agree on, though, is that the new Apis went bigger without sacrificing what made it hip in the first place. The mead is still thankfully the same, and one can buy a bottle to go or even a T-shirt, as my girlfriend did. The bar itself exudes a great ambiance not only for a date but also a night with friends or even a weekday alone with a snifter and a book. We’ll be back soon.

Check Apis’s website for events as well as where else to find Apis on draft or in bottles.