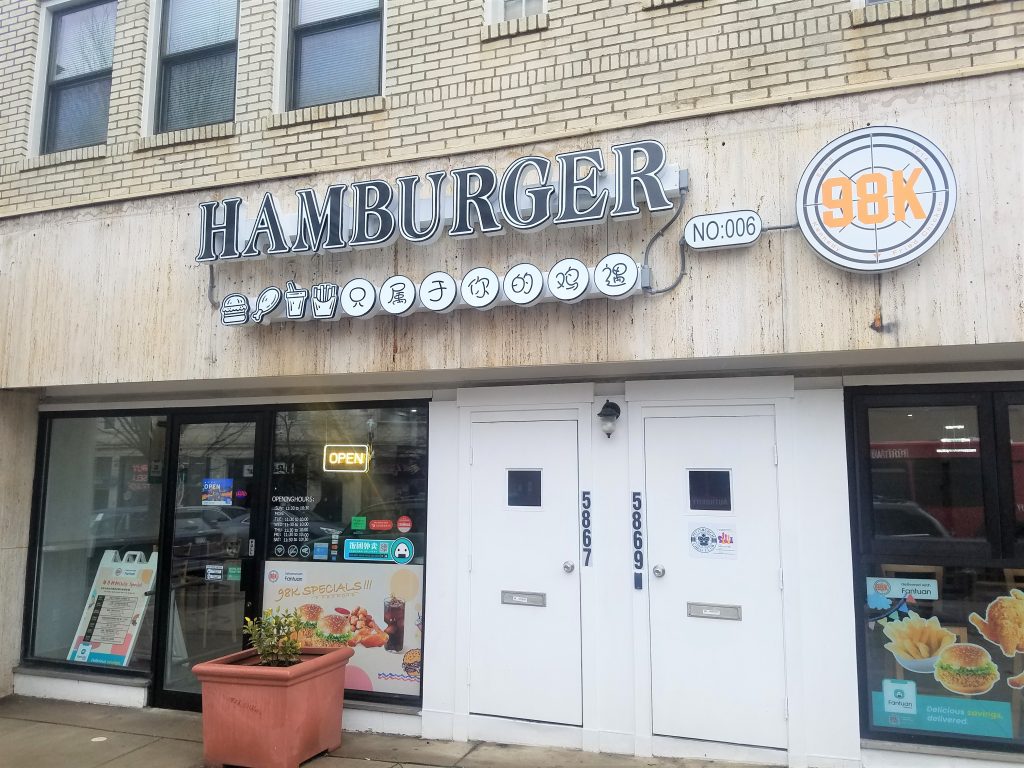 A new restaurant storefront caught my eye in Squirrel Hill a few months ago. It was part American high-style graphics and design and part Asian language characters. The restaurant is 98K Hamburger. Intrigued, I ventured across the street for a closer look. In addition to the stereotypical asian food photos, there was a posted menu.

I perused the menu and it was almost all chicken: sandwiches, wraps. appetizers and then I spied a cheeseburger and a double cheeseburger. I was perplexed as to why with the overwhelming amount of chicken sandwiches and chicken dishes they would call the place 98K Hamburger. 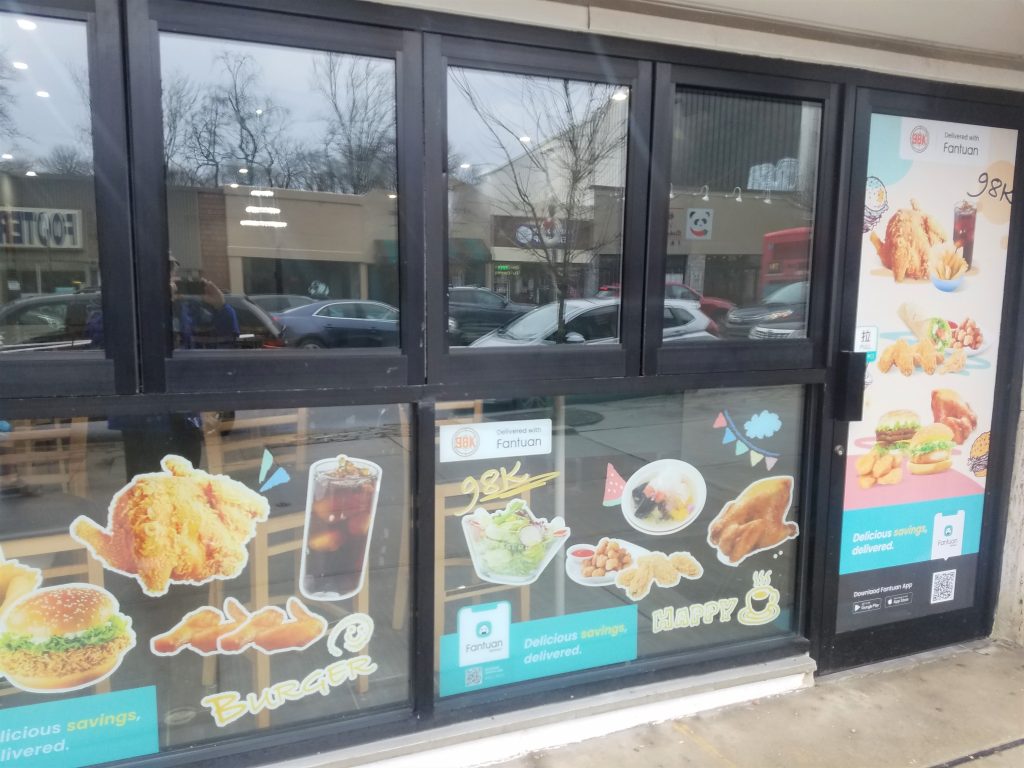 Soon thereafter, I did some banking at a Squirrel Hill bank and a woman of Chinese heritage waited on me. I knew her from a few previous transactions and she is very nice. I asked her if she had been to 98K Hamburger yet. She replied that she hadn’t. I asked her why with all the chicken sandwiches why they would have hamburger in its name. She said hamburger in China is almost a slang term for a chicken sandwich. Chinese people sometimes ask each other where you can get a good hamburger or a chicken hamburger, either of which they mean a chicken sandwich on a soft bun. With the mystery solved I decided to try a “hamburger” at my next convenience.

A few weeks later I ventured to 98K Hamburger. After reading the menu, and seeking input from the friendly counterperson, I selected the Hot Spicy Chicken Thigh Burger. Chicken thighs can be a more flavorful cut of chicken. To sample a few more items I also ordered the Grilled Chicken Breast Burger, salted chicken appetizer, roasted potatoes, and matcha green tea cheesecake. 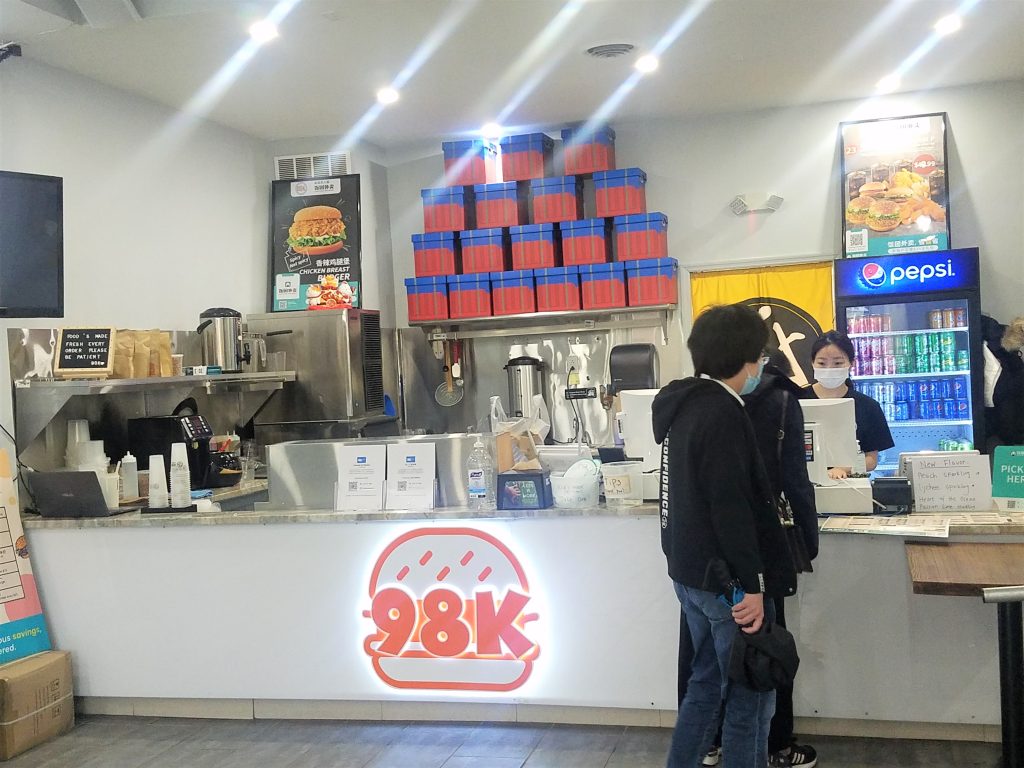 While waiting for my order I chatted with the counterperson a little more. She said that not everyone wants a beef hamburger, they mainly want chicken. And that the 98K in the name doesn’t really have any significance. She mentioned there are several other stores in New York City. My order was soon ready and I hustled home to dive-in.

Of the items I ordered, the Hot Spicy Chicken Thigh Burger was the most flavorful. It was spicy hot, but not anywhere approaching atomic level which is just fine with me. Crispy and delicious, it imparted good flavor. The Grilled Chicken Breast Burger was good, but not great. It had a light red glaze/sauce on it. I’m not really sure what it was. It wasn’t sweet or spicy,, not very flavorful. 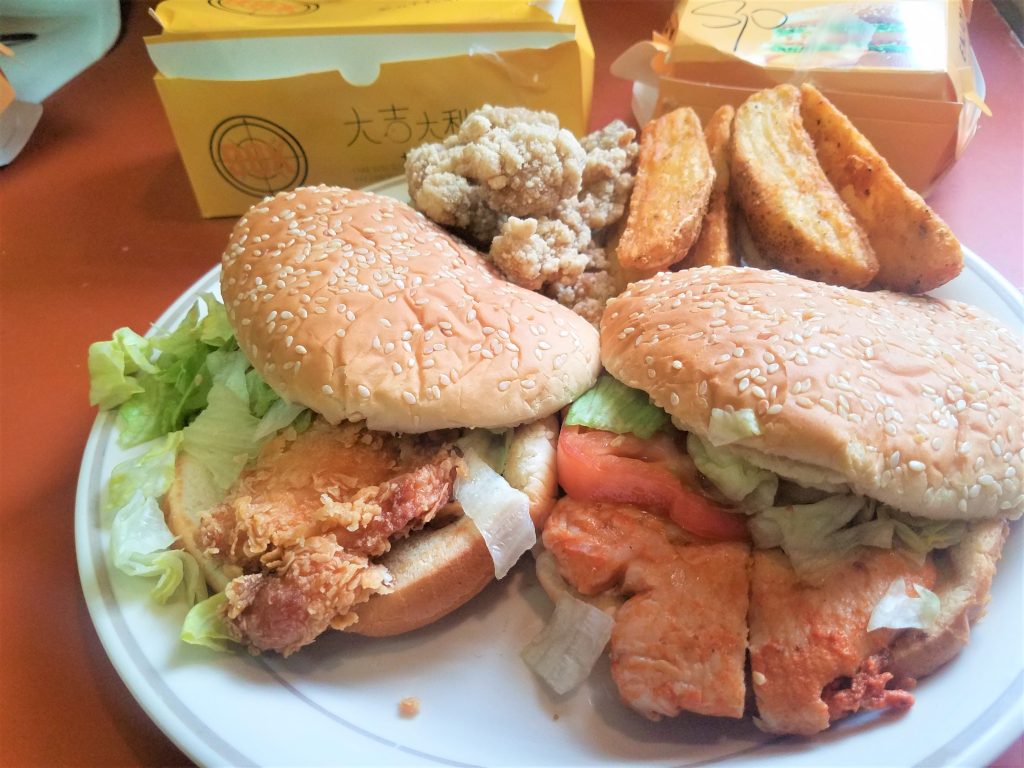 Both burgers are served with chopped iceberg lettuce, tomato, and mayonnaise. I asked for the mayo on the side and chose from the a la carte, extra charge sauce offerings. I opted for the super spicy and honey garlic sauces. Both were very flavorful. The mayo was a slightly seasoned mayo and also had a hint of garlic.

The roasted potatoes were wedges and were crispy, seemingly not deep fried. Like they may have been roasted at a high heat. They had a pleasing seasoned salt sprinkled on them. They were accompanied by packets of Hunts ketchup. They are new to the area and probably don’t know about our Heinz history. The Salted Chicken appetizer was similar to a flavorful, seasoned popcorn chicken. 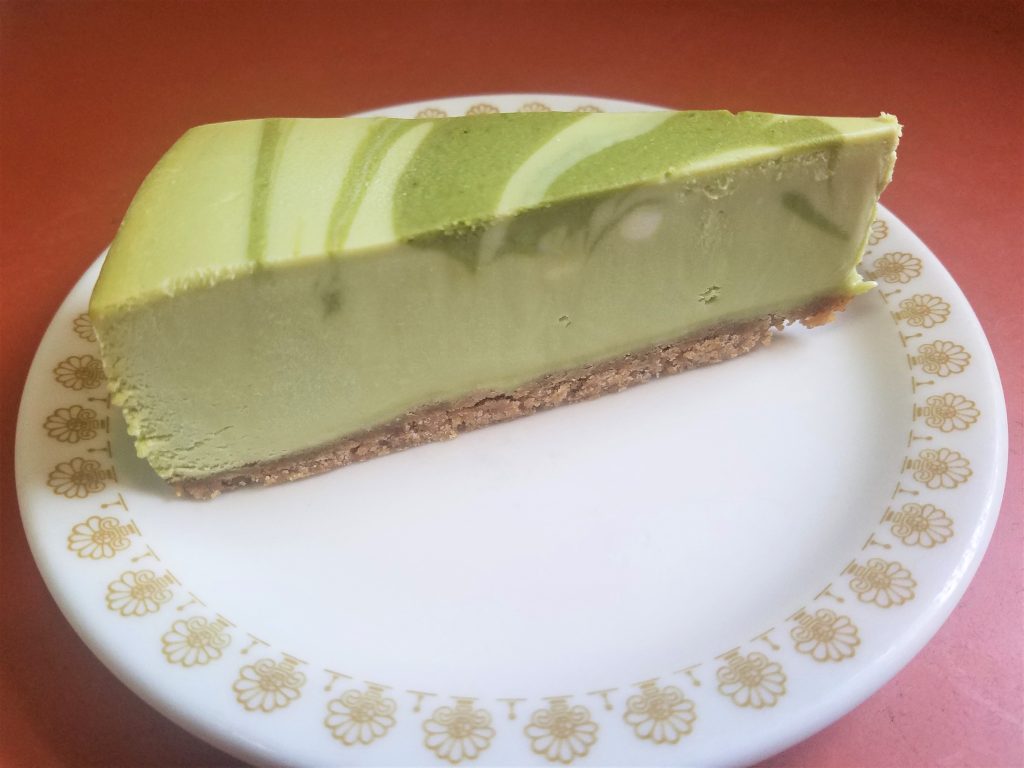 Other menu items include wraps, mixed chicken combos by the piece, appetizers, salads, rice combos, milk tea, ice rice, sparkling beverages, and milkshakes. On my next visit I look forward to trying the mixed chicken combos. Most of the chicken items are deep fried and made to order. Chicken burgers are priced between $5.50 and $6.50.

The interior of 98K Hamburger is sleek, clean, and well lit. A video monitor details specific menu items and specials. An adjoining room has seating for about 50 people.