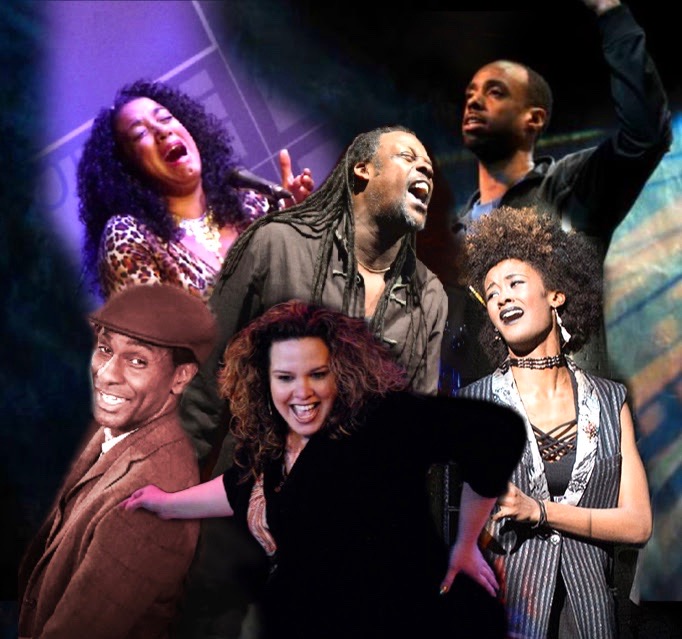 New York’s Universes ensemble roars into Pittsburgh to kick off the 2021-22 season at City Theatre.

Okay, City Theatre, you win. Many theater companies try to cover a range of themes and styles in the plays they present, and City’s upcoming 2021-22 season ranges about as far and wide as it is possible to go. The lineup includes visiting productions by two experimental ensembles, SITI Company and Universes, each known for its distinctive approach to theater. Two world premieres are on tap as well, one of them a satirical musical about the making of a musical—there’s no biz like shows about show biz—and the other, a comedy concerning trash collection. An urban-history drama by renowned playwright Dominique Morrisseau rounds out the well-rounded schedule.

Live from the Edge, created by the New York-based company Universes, opens the season at City Theatre October 9 – 31. Universes grew out of New York’s spoken word scene in the 1990s. A few artists began performing together, then gradually turned themselves into an ensemble producing feature-length theater pieces. They use spoken, chanted, and sung words in myriad configurations limited only by the human imagination. Live from the Edge “tracks the evolution of language from childhood rhymes and community rituals to poetry and theater, hip-hop, gospel, Latin jazz and down home blues.”

An Untitled New Play by Justin Timberlake is not really by the pop icon. Rather, it’s a new musical by writer-composer Matt Schatz, whose comedy The Burdens was a hit at City in 2019. The musical also skews comical and is said to be about the clash between art and commerce, with Mr. Timberlake serving as an embodiment of the issue. Co-produced by City Theatre and Pittsburgh CLO, this world premiere runs November 27 – December 19.

Marshall McLuhan did not write a book called The Medium Is the Message. Look closely at the cover and you will see that it’s titled The Medium Is the Massage. Very tricky. Which is the point. SITI Company, the performing arm of the Saratoga International Theater Institute, visits Pittsburgh to present The Medium. Conceived by SITI cofounder Anne Bogart and grounded in McLuhan’s work, it explores the effects of modern media on all of us. The piece may indeed be massage-like, as SITI’s distinctive style integrates dance and movement with acting. The Medium is scheduled for January 22 – February 13, 2022.

Next up comes Dominique Morrisseau’s Paradise Blue. Part of the playwright’s “Detroit Projects” cycle, the play is set in 1949, just as urban redevelopment was starting to put the squeeze on Black neighborhoods and businesses in Detroit. Tensions arise when a jazz musician, who owns a nightclub in the city’s Black Bottom district, ponders whether to sell the club and leave behind the people who’ve been in his world for so long. Paradise Blue is on stage March 12 – April 3, 2022.

The season closes with a second world premiere, The Garbologists, by Lindsay Joelle. This comedy is about garbagemen. Or garbage collectors, to be gender-neutral, or sanitation workers, to be euphemistic. Two such persons, collecting garbage in New York City, investigate the psychology of throwing away stuff from a perspective other than Marie Kondo’s. City Theatre premieres the play April 30 – May 22, 2022.

Subscriptions for the new season, along with tickets to individual shows, will be available starting in August. Visit City Theatre on the web for details. All productions are at 1300 Bingham St., South Side.