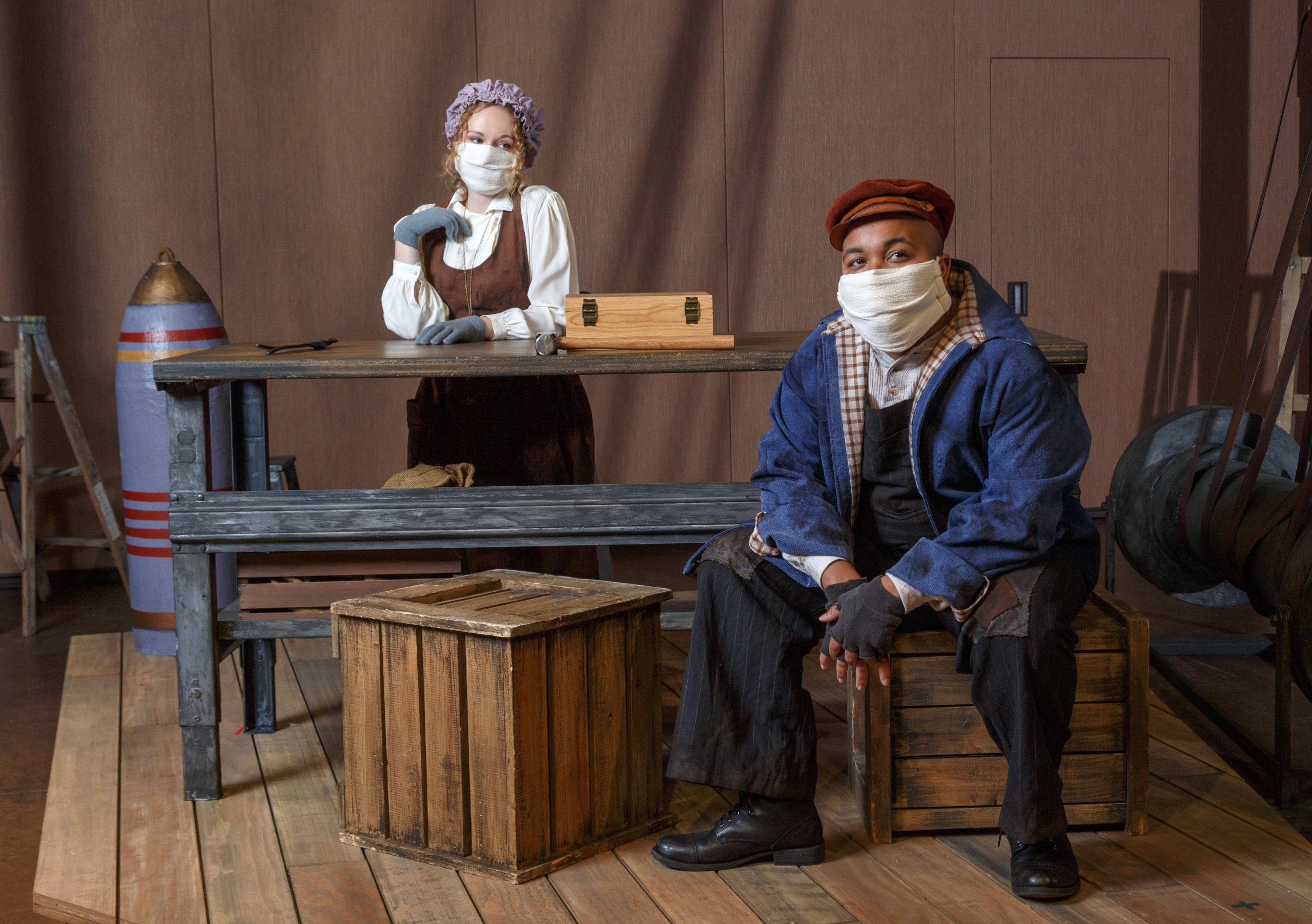 Live theater for live, indoor audiences returns to Pittsburgh in an unexpected form, as Pittsburgh Opera stages Mozart’s Così fan tutte from October 17 to 29. The limited-seating run is sold out, but there is a waiting list—and the October 23 performance will be livestreamed free at 7:30 p.m. on the company’s YouTube channel and Facebook page. One might think opera would be among the last performing arts to resume, given concerns that singing can project airborne droplets. A number of U.S. companies canceled their 2020-21 seasons, including New York’s Metropolitan Opera. Others are streaming virtual performances and/or aiming to reopen in early 2021. Pittsburgh Opera is launching a full but altered season, with extensive Covid precautions and a schedule of operas that can be done with small casts for small audiences.

For Così fan tutte even the performers are masked. This poses two challenges to each singer/actor: singing through the mask and emoting around it. Both are tricky but not impossible—in some acting exercises, actors wear blank or “neutral” full-face masks, to get the feel of using their whole bodies for expression—and Pittsburgh Opera is counting on its cast of Resident Artists to deliver. Meanwhile, Stage Director Crystal Manich has changed the opera’s setting from the 1700s to 1918. People in many places then wore face masks to combat the Spanish Flu pandemic, so the move should add a note of realism to the opera.

Così fan tutte requires suspension of disbelief anyway. It’s a comic opera built around an improbable switcheroo. As scripted by Mozart’s librettist, Lorenzo Da Ponte, two military officers are in love with a pair of sisters. A friend bets them that their true loves wouldn’t remain true if put to the test. He has the men pretend they’ve been called away to active duty, then show up in disguise to woo the women, each pursuing the sister that the other is smitten with. Wouldn’t any real-life woman quickly sniff out the scheme? Well of course, but if you sweat such details, you’d miss the farcical humor and lively music that have made Così fan tutte popular all these years.

Pittsburgh Opera has baritone Yazid Gray and tenor Angel Romero as the officers, with soprano Madeline Ehlinger and mezzo-soprano Maire Therese Carmack as the sisters. Bass Jeremy Harr is the soldiers’ scheming buddy Don Alfonso, and soprano Véronique Filloux is the sisters’ maid, who helps to perpetrate the mischief. Così fan tutte is sung in Italian with English supertitles. It is presented in the George R. White Opera Studio at Pittsburgh Opera headquarters, with audience size limited to 52 socially distanced persons per show. 2425 Liberty Ave., Strip District.