Note: Due to Covid-19 the Cultural Trust has announced the following lineup and date changes to its PNC Broadway in Pittsburgh series shows:

Ain’t Too Proud will be rescheduled to return as part of the PNC Broadway in Pittsburgh 2021-2022 season.

The producers of To Kill a Mockingbird are re-examining a new schedule for the tour, including the highly anticipated Pittsburgh run originally scheduled for November 24-29, 2020, and the Trust is working to reschedule this engagement as soon as possible.

The national tour of The Cher Show is postponing its tour opening and will no longer be a part of the 2020-2021 season line-up.

The Pittsburgh engagement of Hadestown, originally scheduled for October 27-November 1, 2020, has been rescheduled to September 7-12, 2021. The show has postponed the launch of its national tour to Spring 2021. Hadestown will now be the final show in the upcoming 2020-2021 PNC Broadway in Pittsburgh Season.

Beautiful, The Carole King Musical, originally scheduled for November 17-22, 2020, will not come to the Benedum Center as part of the 2020-2021 Broadway season. The Pittsburgh Cultural Trust and Broadway Across America will look to present this event in a future season.

The previous engagement of Summer: The Donna Summer Musical in April at Heinz Hall is rescheduled to run February 16-21, 2021 at the Benedum Center.

The national tour of Tootsie, a new musical comedy has been added to the season and will run August 10-15, 2021.

Recently the Pittsburgh Cultural Trust announced its PNC Broadway in Pittsburgh 2020-2021 lineup. Attracting the most attention is the return to the Benedum Center of Lin-Manuel Miranda’s musical, historical opus, Hamilton. The show won 11 Tony Awards in 2016 including Best Musical. Hamilton will be on stage January 5 through February 7, 2021.

Two other Tony winners of recent vintage are also in the series. Hadestown, winner of eight Tony Awards including Best Musical in 2019, involves a mystical journey through the underworld where opposing worldly forces are pitted against one another. But with melodic songs, a good book, and dancing, it is an uplifting journey of hope. Hadestown will run October 27 through November 1.

To Kill a Mockingbird is a 2018 play based on the 1960 novel of the same name by Harper Lee. It was adapted for stage by Aaron Sorkin, best known for creating the television show “The West Wing.” Actor Jeff Daniels starred in the Broadway production as Atticus Finch. Despite some controversy regarding the adaptation, which was solved, the play was nominated for nine Tonys, taking home one. To Kill a Mockingbird takes the stage from November 24 – 29. 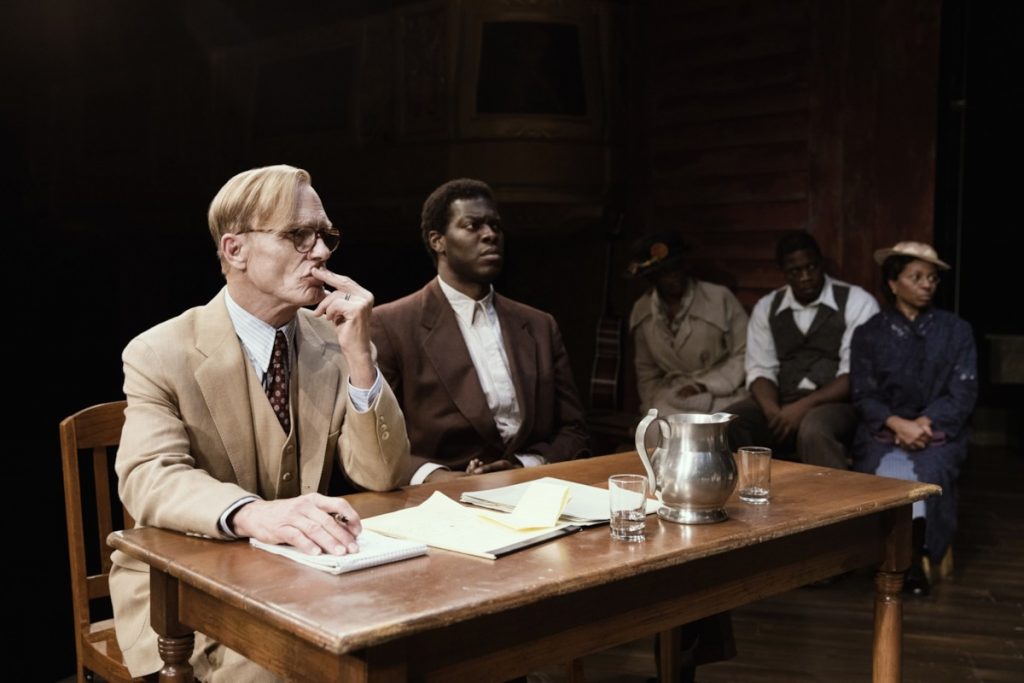 The subscription series also features three bio-musicals. Beautiful: The Carole King Musical chronicles the ups and downs in the life of singer/songwriter Carole King. The musical numbers are many and include “I Feel The Earth Move,” “One Fine Day,” “(You Make Me Feel Like) A
Natural Woman,” “You’ve Got A Friend,” and the title song, “Beautiful.” September 29  – October 4.

The outfits are part of the fun in ‘The Cher Show.’ (photo: Joan Marcus)

Another strong and extremely talented woman who’s the subject of a musical bio-production and part of the one-name club is Cher. In The Cher Show, Cher is played by three different actors as she evolves through the seasons of her life. The press release sums it up best: “The Cher Show is 35 smash hits, six decades of stardom, two rock-star husbands, a Grammy, an Oscar, an Emmy, and enough Tony Award-winning Bob Mackie gowns to cause a sequin shortage in New York City …” February 23 – 28. 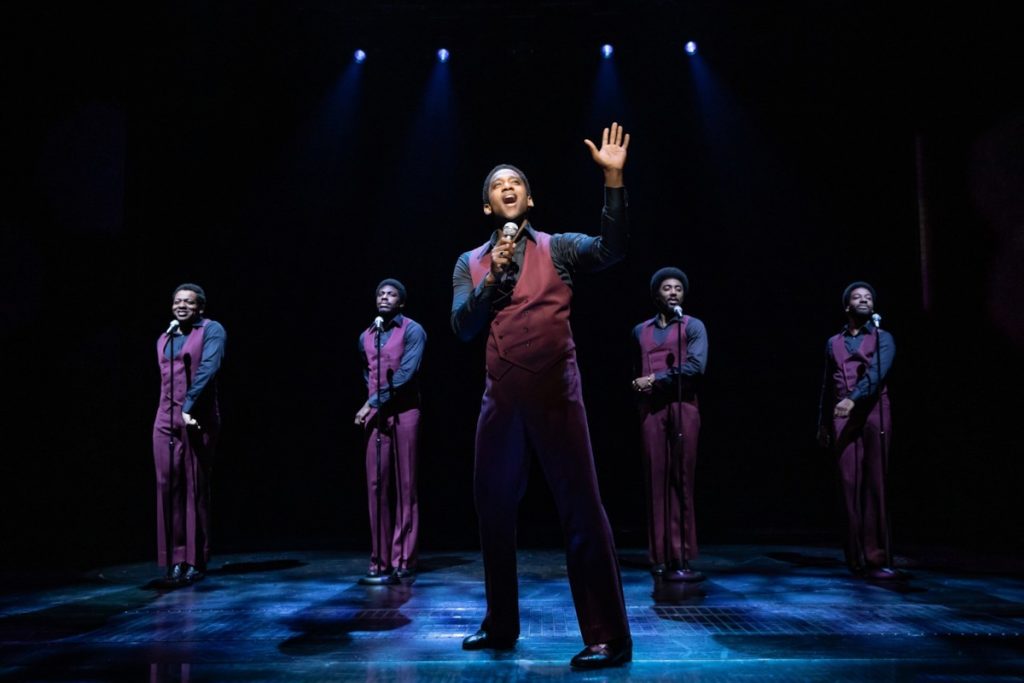 The original Temptations were a sight to see, and hear, in concert. ‘Ain’t Too Proud’ follows the group’s rise to the top of the charts. (photo by Matthew Murphy)

The Temptations are one of the most talented and best known groups to come out of Detroit’s Motown Records. Their pleasing harmonies and smooth dance moves make them a favorite of many. Their popularity continues and the best aspects of the group are the basis for the musical Ain’t Too Proud. The title comes from The Temptations’ 1966 hit song, “Ain’t Too Proud to Beg.” The production was nominated for 11 Tony Awards, winning Best Choreography. Musical numbers include “My Girl,” “Just My Imagination,” “Get Ready,” and “Papa Was a Rolling Stone,” Ain’t Too Proud opens the PNC Broadway in Pittsburgh series and runs August 25 through 30. 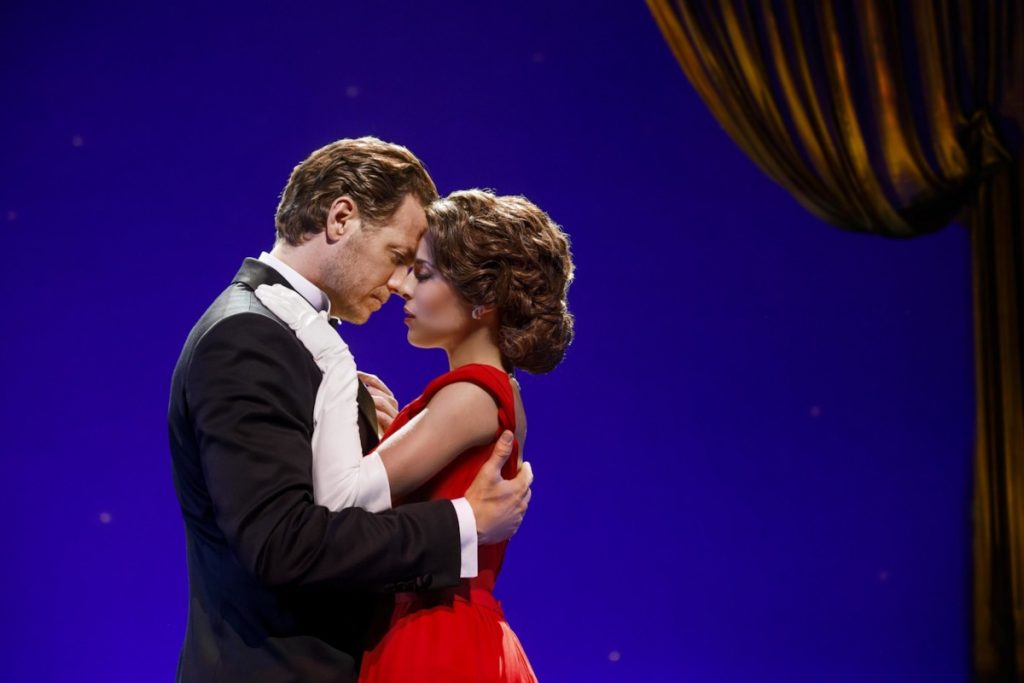 Julia Roberts solidified her rising star with her portrayal of a reluctant hooker gone uptown in the movie Pretty Woman with Richard Gere in the 1990 film. The musical adaptation of the film, Pretty Woman: The Musical, features a book by the movie’s director Gary Marshall and screenwriter J.F. Lawton. Pop rocker Bryan Adams and his songwriting partner, Jim Vallance, contributed the original score. Also featured in the production is the Roy Orbison and Bill Dees song “Oh, Pretty Woman,” which inspired the film. It will be interesting to see if the actor playing Julia Roberts can re-create her intoxicating laugh from the film. March 30 – April 4. 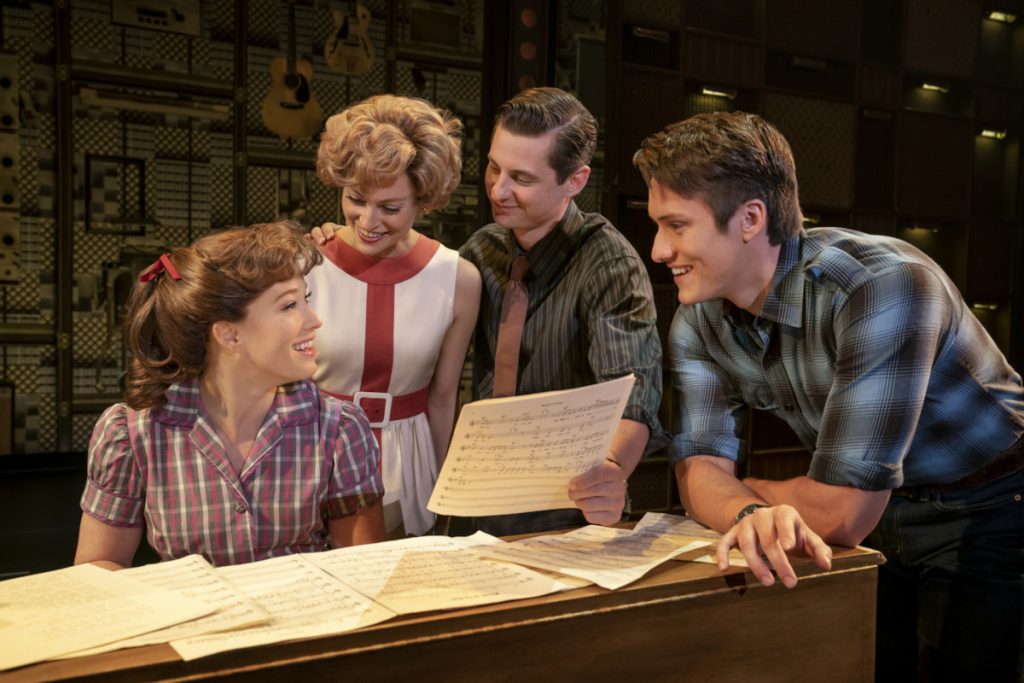 Great things happen when you gather around the piano in ‘Beautiful: The Carole King Musical.’ (photo: Joan Marcus)

Exciting new productions of two classic musicals, Oklahoma! (March 9 – 14, 2021) and My Fair Lady (April 13 – 18, 2021), round out the season. A visit from Blue Man Group and Beautiful: The Carole King Musical are back by popular demand, and are offered as season specials. The Cultural Trust has crafted a fine PNC Broadway in Pittsburgh subscription series that gives us something to look forward to as we await a return to normalcy.