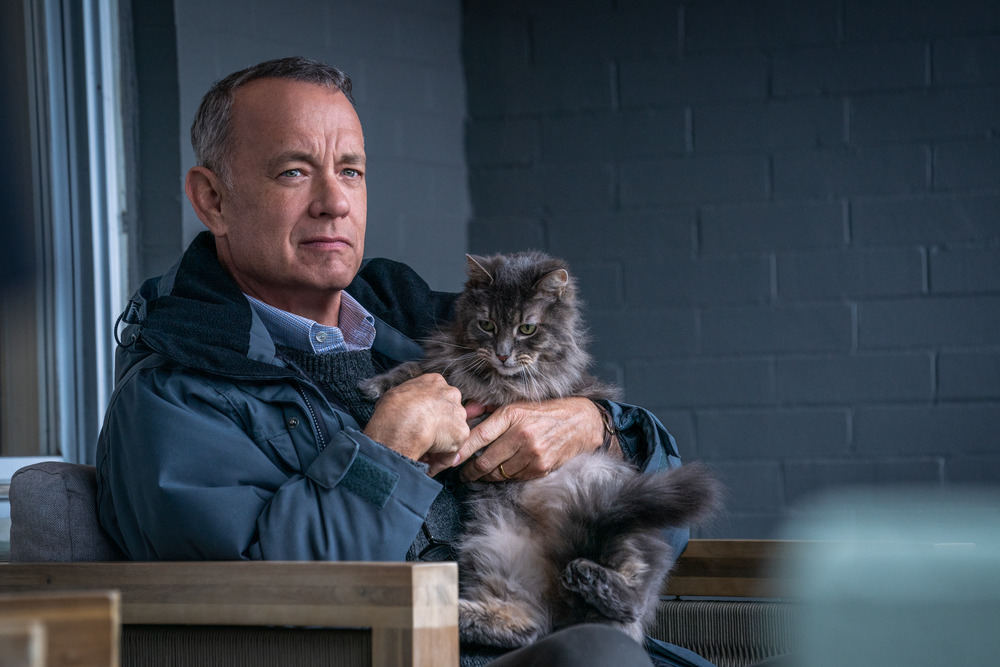 “Everyman” Tom Hanks, in A Man Called Otto, cuddles the cat that otherwise annoys him on a daily basis.

With apologies to Sara Lee, nobody doesn’t like Tom Hanks. Sure, he’s had some odd roles, most recently as Colonel Parker in Baz Luhrmann’s Elvis!. Or, perhaps, in earlier years, as Sherman McCoy in The Bonfire of the Vanities. But, he is (as Jimmy Stewart was for an older generation) America’s everyman. It’s a niche few actors can fill or carry for long. And Tom Hanks has filled it and carried it longer than most.

So it is with little surprise that we are introduced to a short-tempered man called Otto who lives alone in a tight community of single dwelling units, sharing a single gated street, in a singularly unspecific neighborhood of Pittsburgh. To be sure, the opening scene takes place in a Busy Beaver hardware store, but other than that, the film could have been shot anywhere in America.

From the first scene, Hanks is cantankerous, demanding to speak to the manager when he feels he is being cheated by the store’s computer that can’t account for his less-than-full purchase. We are set up to understand that Tom Hanks—or rather, Otto—has not accepted new technology. Yet, he is a respected engineer. Perhaps, that’s why he has been forced to retire. Which is the film’s second expository scene. 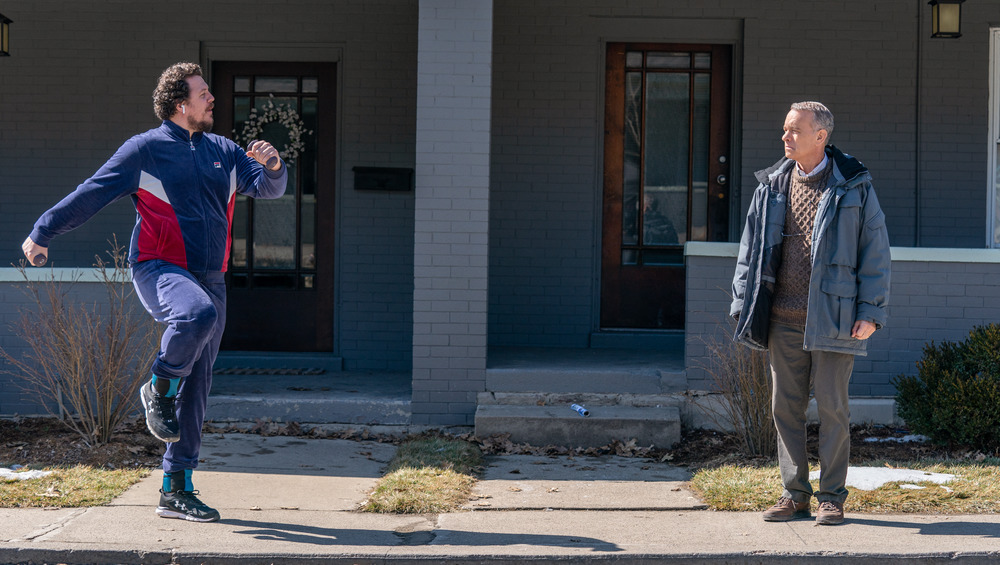 Clearly, this man called Otto must move on with his life, and the story is all about how he goes about that. Stymied in his efforts, his chosen course is abruptly interrupted when a young Mexican family moves in across the street. Of course, like all of his immediate neighbors, they are “idiots,” too. That the narrative makes these interlopers Mexican, however, has little to do with anything. The film’s diversity of characters is very well attended. And, gratefully, it’s not woven into any lesson by which we are later to be redeemed.

Which is to suggest, as such, A Man Called Otto is at worst a well-written morality play. At best, it is a solid family tear-jerker. And a good one at that. This is a movie the entire family can enjoy. But it’s also a film that Hanks’ own family helped create. Although based on a Swedish novel titled, A Man Called Ove, also adapted in 2015 as a Swedish film, it’s been produced for the American screen by, among others, Hanks’ wife Rita Wilson who also wrote a few of its songs. Featured as the young Otto in flashbacks that foretell the character of our present-day Otto is Truman Hanks. A young and dorky engineer, Truman Hanks plays the role with welcome subtlety. 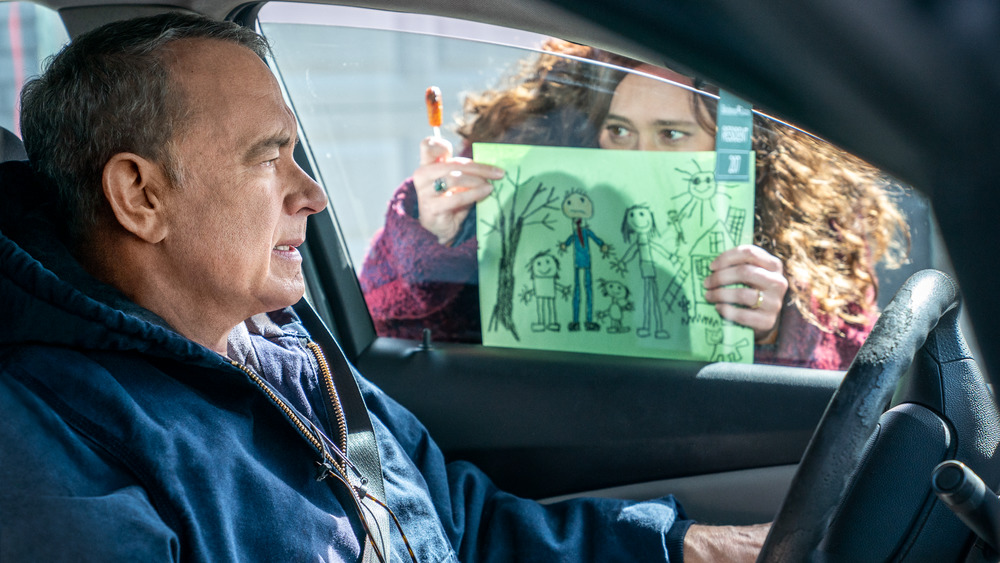 But if Tom Hanks isn’t the stand-out in this film, that credit goes to Mariana Treviño,who plays the newly arrived Mexican wife and mother, Marisol. She is assertive, fearless and self-secure. Which makes for the best kind of adversary in any dramatic conflict. Here, the main characters, Otto and his neighbor Marisol, have to be much more alike than different to arrive at their central argument. Treviño is an engaging actor, truly Mexican, and quite famous in her country for her stage role as Lupita in the jukebox musical, Mentiras.

A Man Called Otto, like a good morality play, leaves nothing hanging. Every little distraction in the plot is rewarded with a reason; every character has a purpose; and every action has an equal reaction. The film is so well balanced, it may just seem a bit too polished. And, yet, it’s a rare spectacle, indeed, to behold a family drama that satisfies in so many ways.

Prentiss Orr writes about theater, film, and other topics for Entertainment Central. His latest book, The Surveyor and the Silversmith, is a history of early Euro settlements and conflicts in today’s Western Pennsylvania.