Elvis Presley (Austin Butler) in addition to being a fantastic performer, had no problem attracting adoring fans.

The first thing you should know before seeing Elvis, directed by Baz Luhrmann, written by Baz
Luhrmann, and produced by Baz Luhrmann––he of extravagantly over-the-top films like Moulin
Rouge! (2001) and The Great Gatsby (2013)––is that it runs 2 hours and 39 minutes.

A second thing you should know is that the sound track, sound engineering and every second of
audio is sensational. Fulfilling and inspirational, it is the single, most brilliant contribution to this
massive cinematic experience.

The story, of course, follows the rags-to-riches career of Elvis Aaron Presley (Austin Butler,)
almost from birth and until death, and that last tragic event is what sparks the inverse narrative
of this highly stylized bio-pic. Elvis’ manager, the infamous and mysterious Colonel Tom Parker
(Tom Hanks)––near death himself in a Las Vegas hospital––feverishly protests accusations that
he has killed Elvis. We, in our reclined theater seats, are challenged only to determine if he has.

The problem with this narrative technique is knowing much too little about Parker too early in
the film. Besides, we have bought our tickets to watch Elvis reach stardom, not to sympathize
with a low-life devil. As such, there is little cause and effect; there is little evil we see Parker do
and little in the way of plot development by which Elvis acquiesces to Parker’s management of
him. The only driving conflict, in fact, is Elvis’ defiance of the Colonel.

Yet, our attention is wholly riveted by Austin Butler’s performance. His every wiggle, every lip
snarl, every snap of his slick head of black hair, is right on. More affecting is his voice; it is Elvis’
deep drawl and treble tone. Although the film gives credit to Butler for actually singing some of
Elvis’ earlier works, it matters not if Butler lip-syncs most of Elvis’ greatest hits. Who would
know? Butler is wholly beyond reproach.

And then, we are jerked from that adoration to study Tom Hanks––fat, balding, and jowly––as
Parker. His is a mysterious character made ever more curious as the film progresses. Were it
not for his bizarre accent and early carnival days, we would have no reason to suspect the
intent of this gentle showman––or “snowman,” as Parker himself preferred––other than the
inevitable fact that, for some reason, the role called for the likes of Tom Hanks to portray
Parker. As always, Hanks is a polished performer. Unfortunately, there is not a moment in
which we are not cognizant that that is Tom Hanks made up to look like Parker, fat, balding, and
jowly.

The script is as wonderfully fluid as is its monumental sound track, but in its free form it gives
precious little detail that defines character or supports theme. Luhrmann works hard to
associate Elvis’ early career with the likes of Arthur “Big Boy” Crudup, BB King, Little Richard,
and Big Mama Thornton. There is not much pay off in that (despite the influence their Gospel
and Blues songs would play in Elvis’ career,) because, we would have hoped to see these artists
later in their prime. Surprisingly, we do not. Even more surprisingly, Elvis’s romance with
Priscilla is a gloss over. His relationship with Lisa Marie is meaningless. And, his father, Vernon,
who takes so much of the blame for Elvis’ relationship with Parker, is somehow irrelevant.

But just wait until Elvis gets on stage; none of that will matter. 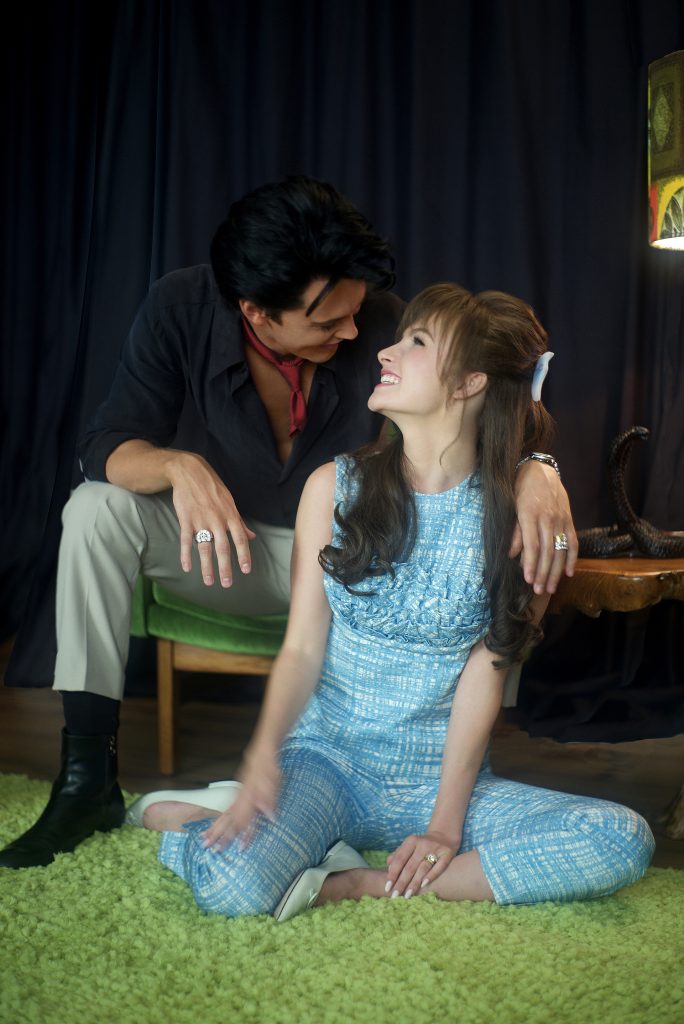 This is a grand and beautiful landscape of sound and color, of performance art and behind-the-
scenes intrigue; it is the sweeping spectacle Luhrmann clearly envisioned. And, yet, we have to think how much of his devotion to Elvis was left on the cutting room floor. If we are treated to
too many Elvis numbers, we should defer that criticism to a generation who may not know how
hard the “King of Rock and Roll” worked on stage, or from whence he found his style.

An original sensation who died young, Elvis is certainly worth this cinematic tribute. Just know
that the experience runs 2 hours and 39 minutes. That may be too long for some, and much too
short for others.

Prentiss Orr’s newest narrative history, The Surveyor and the Silversmith, will be released this fall.