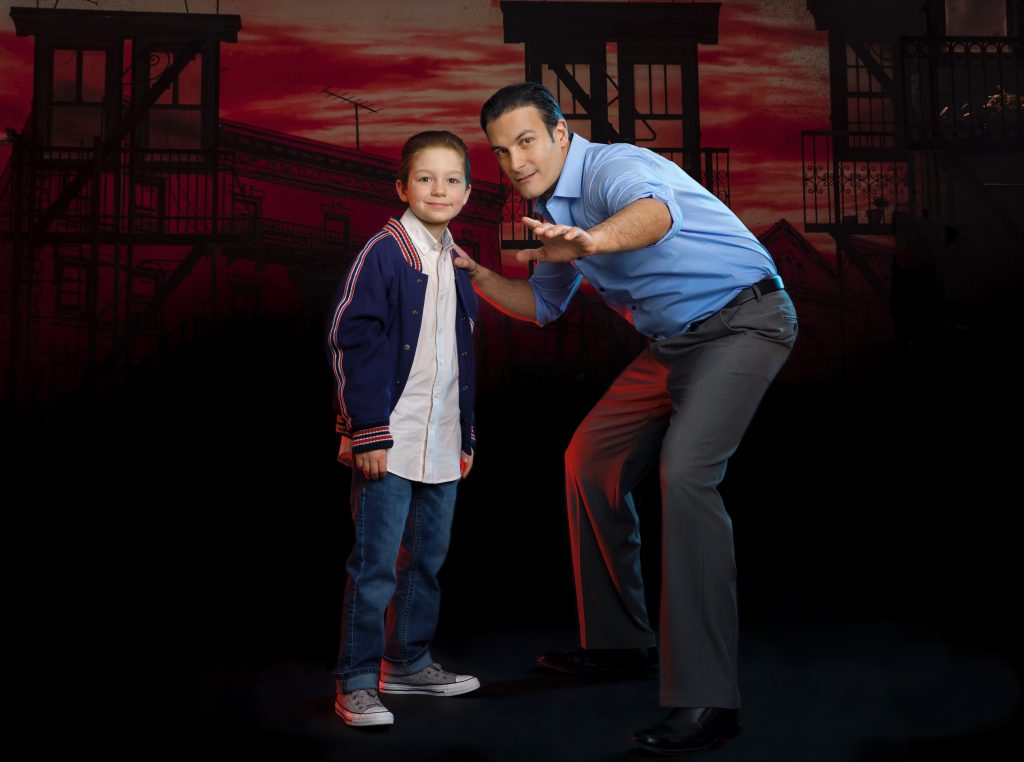 ‘A Bronx Tale’ at the Benedum Center.

1) A Bronx Tale, the fictionalized-from-true-life story of actor Chazz Palminteri’s tumultuous youth, is known to audiences mainly as a 1993 film directed by Robert De Niro. It’s a gripping story, about a young fellow growing up in a neighborhood where he’s torn between organized-crime rivalries, racial tensions, personal loyalties, and the desire to come out of it all in one piece as an honest man. Critics loved the movie. Though not a box office smash, it became a cult favorite, launching De Niro’s career as a director while boosting Palminteri’s as a writer and actor. Now Palminteri has teamed with composer Alan Menken and lyricist Glenn Slater to turn A Bronx Tale into a stage musical. The touring production visits Pittsburgh for a six-day, eight-show run at Benedum Center.  Palminteri himself isn’t acting in the production but you can expect a first-rate cast. Also expect violence, sharp-edged humor, tensely interwoven story lines … along with well over a dozen musical numbers, ranging from “Roll ’Em” to “The Choices We Make.” 7:30 p.m. Performances continue through November 24. 237 7th St., Cultural District. (MV)

2) Ceili is an Irish word for gathering and that’s just what will be happening at Mullaney’s Harp & Fiddle tonight with the Pittsburgh Ceili Club. Dancing starts at 7:15 p.m. with lessons for beginners, then live music and dancing go from 8-10 p.m.  Enjoy some Guinness or Harp to slake your thirst. 2329 Penn Ave., Strip District.