1) Nashville-based singer-songwriter Aaron Lee Tasjan was the headliner at the Allegheny County Summer Concert Series’ July 23 show at South Park Amphitheater. He has released four solo albums since 2015, most recently 2021’s Tasjan! Tasjan! Tasjan!, with a few EPs prior to that. His resumé also includes playing with Sean Lennon and he wrote a song with BP Fallon that Fallon recorded with Jack White producing and playing guitar called “I Believe In Elvis Presley.” Tasjan also did a live recording for Luck Reunion with Lilly Hiatt that was released on Jack White’s Third Man Records label. Tasjan co-founded the band Semi Precious Weapons in New York City in 2006. In 2008, he formed another band, the Madison Square Gardeners (great name). They recorded an LP and three EPs during his three-year tenure with them. He also played lead guitar for the classic proto-punk band the New York Dolls for a brief stint in 2009. Tasjan was invited to stay on, but decided to work on other projects. See our story on Tasjan and his new album. Special guest is Tristen. Club Cafe, 8 p.m. 56 – 58 S. 12th St., South Side. (C.M./R.H.) 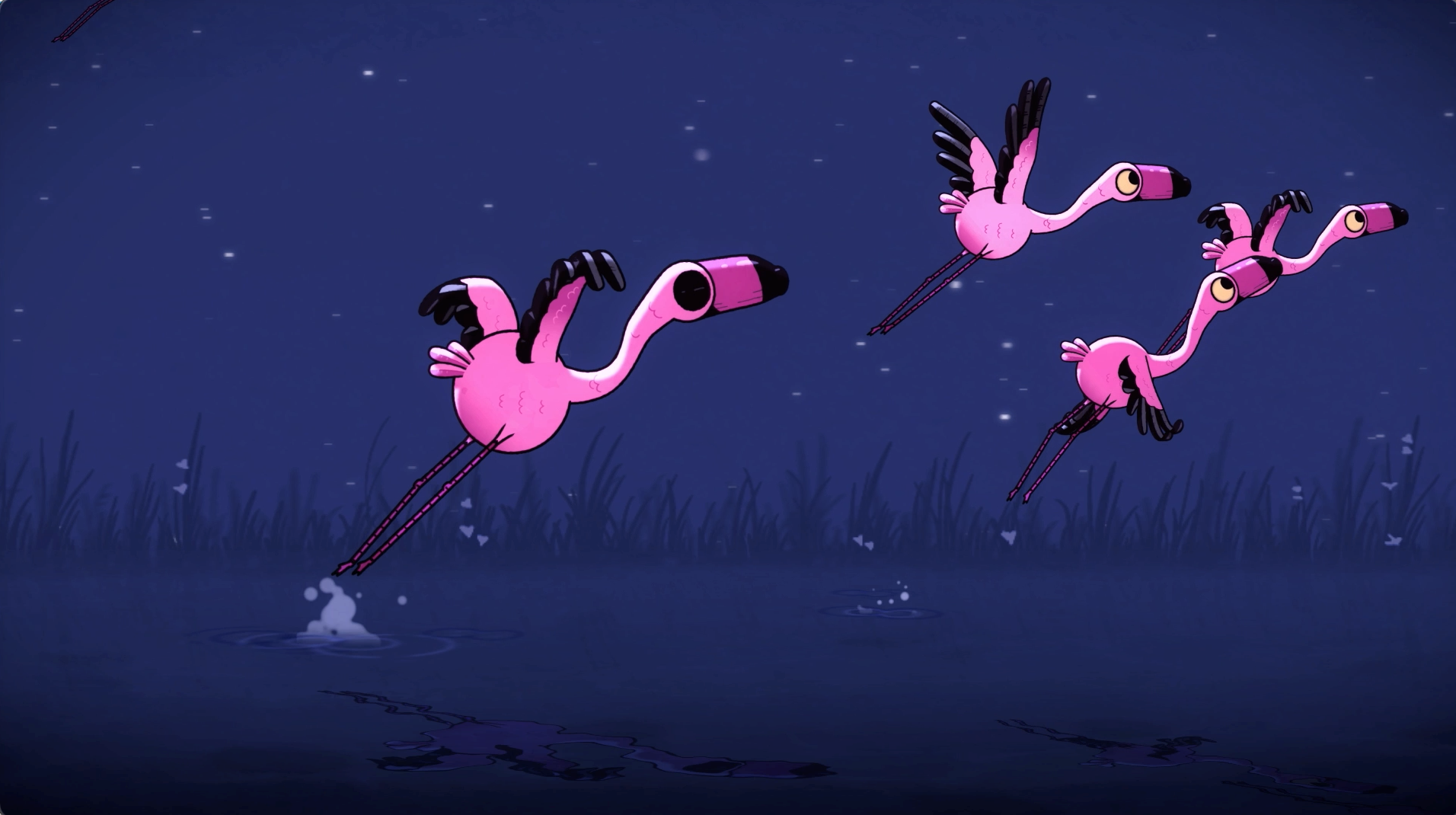 Pink flamingos abound in ‘Animated Arias.’ This video animation, one of six in the show, is set to the ‘Habanera’ from Bizet’s ‘Carmen’—”L’amour est un oiseau rebelle que nul ne peut apprivoiser …” (“Love is a rebellious bird that no one can tame …”)

2) A nearly lost art comes to life again in Pittsburgh. On November 13, 1940, Walt Disney released Fantasia, a series of animations set to classical music. On November 13 of this year—exactly 81 years later—Pittsburgh Opera and Point Park University present a live, mixed-media event titled Animated Arias. The opera company’s artists will perform arias and duets from six operas, each accompanied by the screening of an animation created by students in the university’s Cinema Arts Department. To say that both the opera company and Point Park are excited about this collaboration would be putting it mildly. Operas sampled in the show include Carmen, The Magic Flute, and The Barber of Seville. The students worked with Professor David Morrison to select the pieces and then design their interpretations. Et voilà: music videos return to their roots! Better yet, admission is free provided you register online in advance. Animated Arias will roll at noon sharp in the performance space at Pittsburgh Opera headquarters, 2425 Liberty Ave., Strip District.

3) Texture Contemporary Ballet has made its mark in the Pittsburgh arts scene by creating original, modern ballets. The company comes to the stage this month with a program of short pieces titled In the Light. One of the new entries, a yet-untitled ballet by Artistic Director Alan Obuzor, uses dramatic lighting effects to augment the dance. See In the Light at the New Hazlett Theater, 6 Allegheny Square East, North Side. (M.V.)