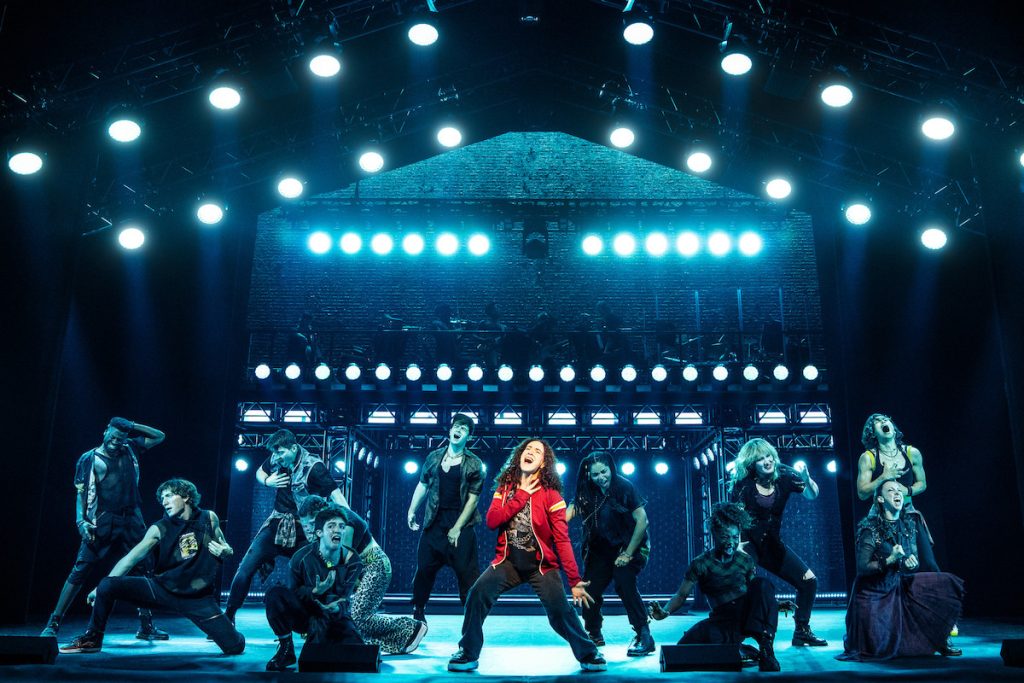 Jade McLeod passionately singing in her role as Jo in the touring production of ‘Jagged Little Pill.’ (Courtesy of Pittsburgh Cultural Trust.)

With a Tony-winning book by Diablo Cody and a Grammy-winning score by, of course, Canadian phenom Alanis Morissette, Jagged Little Pill takes her 1995 album by the same name and dives deeply into the cynicism of a mother’s expectations for her husband, daughter and son. Mary Jane (M.J.) Healy opens the show, writing her annual Christmas letter to friends and family, praising her family for their countless achievements. MJ even boasts about herself; despite a near-crippling car accident, she has taken only to natural remedies to ease her pain. Of course, we know better. And we learn more. Husband Steve has a different kind of addiction, daughter Frankie has a secret girlfriend, and son Nick hides a truth that will ruin his collegiate reputation at Harvard. It’s a dramatic basket of fears, woven beautifully together with and by the music of Alanis Morissette.

Receiving the most Tony nominations (15) of any Broadway show in the 2019-2020 season, Jagged Little Pill, like all other contenders, closed suddenly due to the pandemic. Now on tour, PNC Broadway in Pittsburgh presents the alt-rock musical for eight shows over just six days. Tickets may be hard to come by. Benedum Center, 237 7th St., Cultural District.  (C.P.O.)