1) Sardonic wit courtesy of frontman Alex Turner, plus breakneck instrumentation, made the Arctic Monkeys’ debut studio album, 2006’s Whatever People Say I Am, That’s What I’m Not, one of the most lauded debuts of all time. The hype scored the English band an appearance on “Saturday Night Live.” They then released three more albums. All arguably great, but by 2013, the hype had died down a bit until, that is, they released AM, a next-level album. “Do I Wanna Know?”—with its lumbering drums and a lyrical wordplay indebted to rap—became a hit across radio stations and streaming services. The band also got an assist from Josh Homme of Queens of the Stone Age, who sang backing vocals on two songs. Arctic Monkeys took a break but are back with the piano-driven Tranquility Base Hotel & Casino, released this year. They headline the Petersen Events Center. Mini Mansions open. 8 p.m. 3719 Terrace St., Oakland. (CM) 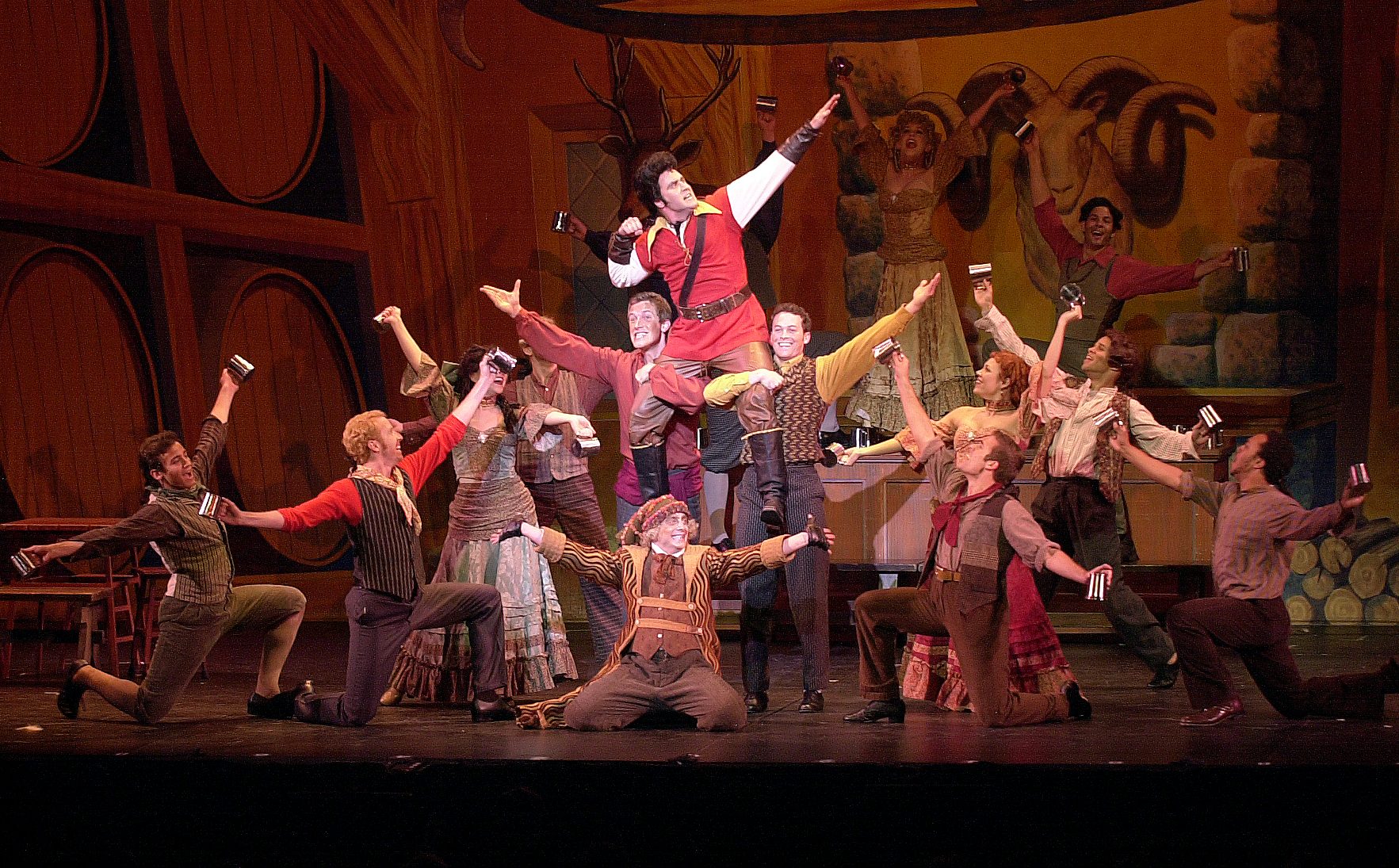 Gaston is the toast of the tavern but he’ll soon be just toast, because the homely guy gets the gal in ‘Disney’s Beauty and the Beast.’ Photo: Matt Polk

2) There’s a variation of “You may be a redneck” called “You may be an intellectual.” For instance: “If your favorite version of ‘Beauty and the Beast’ is Jean Cocteau’s magnificently spooky black-and-white film, in French, with subtitles, you may be an intellectual.” Normal folks know that the definitive version is the Disney animated movie. And really smart normal folks know that Pittsburgh CLO is performing the musical adapted from it, Disney’s Beauty and the Beast. This musical has it all. It has the servants who morph into a teapot and a candelabra—live, on stage! It deepens the complexity of the characters of Belle and the Beast, so that normal folks and their children don’t have to read Proust to get that kind of satisfaction. It even has more songs than the movie and Proust combined. Disney’s Beauty and the Beast opened on Broadway in 1994 and ran for a staggering 13 years. The CLO run is shorter, so act fast. 7:30 p.m. Performances continue through August 5. Benedum Center, 237 7th St., Cultural District. (MV)