1) Add some sweet twang to your music this month with Blackberry Smoke at Carnegie of Homestead Music Hall. The country band formed in 2000 and gained popularity as a supporting act for Zac Brown Band’s 2011 tour. They’ve also opened for the legendary  Lynyrd Skynyrd, and for Eric Church and ZZ Top.Their rich harmonies and quality guitar and drum play give them good crossover appeal. The group’s 2016 album Like an Arrow reached no. 1 on the U.S. Billboard Country and Americana/Folk charts, while also reaching no. 3 on the U.S. Rock chart. Blackberry Smoke’s latest album, Find a Light, was released in April. This fall they are scheduled to perform at Louisville, Kentucky’s Bourbon and Beyond music festival. Special guests Tyler Bryant & The Shakedown will warm up the crowd. 8 p.m. 510 E. 10th Ave., Munhall. 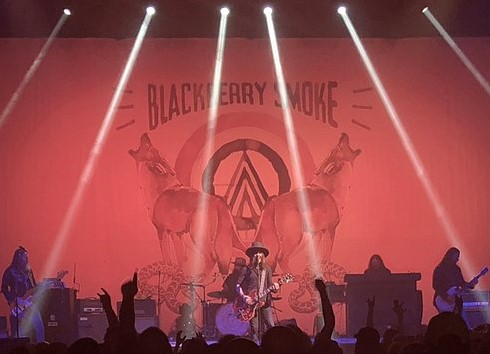 2) Did you know that all three members of America grew up in England? The trio met in high school in London in the ’60s, all three the sons of British mothers and American military fathers. They took on the moniker “America” as a rather on-the-nose way of signaling their preferred national identities while playing clubs across the pond. The group will long be remembered for the iconic “A Horse with No Name,” still featured prominently in soundtracks for major TV shows and films like “Breaking Bad” and American Hustle. However, the song represents only a tiny fraction of the band’s musical library, which spans over 18 albums and five decades. The band’s last studio album was 2015’s Lost & Found. Catch America tonight at Meadows Racetrack and Casino. 8 p.m. 210 Racetrack Rd., Washington. (EC, RH) 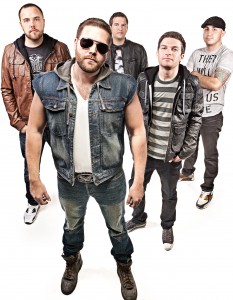 3) Is Millvale really the new Lawrenceville? Find out at the annual Millvale Music Festival, which showcases this rebounding municipality across the Allegheny River from Pittsburgh. Over 100 area musical acts will play 22 venues during the day-long event. Some venues are all ages, some are 21+, The Millvale Music Fest is an interesting array of many different types of music. Tupelo (Tupelo Donovan is the daughter of Jim Donovan, original drummer for Rusted Root and frontman of the Sun King Warriors) is playing Tazzo D’Oro (3 p.m.), and his dad, Jim, and Sun King Warriors play Mr. Smalls Theatre later (11 p.m.). There are several other top acts at Mr. Smalls including Drowning Clowns,which includes Mr. Small’s owners Liz Berlin, a bandmate of Jim Donovan in the original Rusted Root lineup and she remains a member today, and husband Mike Speranzo (7 p.m.), and Chet Vincent (6 p.m.). Highlights at other Festival venues include performances by: Nameless in August, LoFi Delphi, Garter Shake, The Me Toos, The Delaneys, Gene the Werewolf, The Flow Band, Heather Kropf, and Vit DeBacco. Part of the fun of a festival like this is strolling around and checking out a lot of bands you haven’t heard of before, possibly finding several new favorites. For a complete list of stages and performers see the Millvale Music Festival website. 11 a.m. -1:30 a.m. (certain venues). There is also the Sedgwick Street Arts Festival occurring in Millvale today.(CM, RH)

4) Bill Toms plays an acoustic show tonight in Gibsonia at Steamworks Creative. Toms’ slightly craspy, deeply soulful voice and his guitar playing prowess will form the basis for this evenings show. He will be accompanied on a few songs by Wil Kondrich. Toms’ will be playing Moondog’s on May 26 with his full band, Hard Rain. Toms’ latest album is Good for My Soul. 7:30 p.m. 4907 Rt. 8.

5) A new Park is opening in Dormont and that is a great reason to have a celebration. Today is opening day for Hillsdale Commons which is located at the corner of Hillsdale and West Liberty Avenues. As part of the celebration Burgh Bites food truck and Millie’s Ice Cream will be on hand from 3 to 7 p.m. with tasty treats. Plus music from Johnny Walylko (3 to 5 p.m.), lawn games. and general merriment. The pop-up green space is a project of Dormont Community Development Corporation. Dormont Borough Councilman John Maggio is excited for the park to open and said “parks enhance the quality of life for people in a community. I’m very excited by our new Hillsdale Commons Park in Dormont..” Festivities run from 1 p.m. to 8 p.m. Hosted by Discover Dormont and Hillsdale Commons