1) Chris Stapleton has achieved much at this point in his career. His work as a performer, composer, and producer has produced five Grammy Awards, nine Academy of Country Music Awards, ten Country Music Association Awards, and five Billboard Music Awards. He has co-written with top artists such as Kenny Chesney, George Strait, Luke Bryan, Sheryl Crow, and even Peter Frampton. Stapleton went solo with his debut studio album titled Traveller in 2015. The release reached No. 1 on the US Billboard 200 chart and went triple platinum. His second studio album, From A Room: Volume 1, was also highly successful, garnering Stapleton the CMA Award for Album of the Year and a Grammy Award for Best Country Album. He met his wife Morgane, also a highly successful songwriter, when they worked at adjacent publishing houses in Nashville, Tennessee. She performs with Chris, singing background, harmony, and duet vocals in his band. Stapleton’s latest album is 2020’s Starting Over. He brings his All-American Road Show to the Pavilion at Star Lake. Margo Price and Kendell Marvel open. 7 p.m. 665 Rt. 18, Burgettstown. (R.H.) 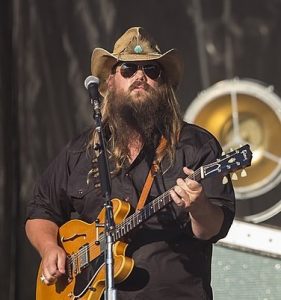 2) Code Orange return to their hometown of Pittsburgh with a headlining show at The Roxian Theatre. The Grammy voters twice nominated the band’s music for Best Metal Performance. The first time was for “Forever” in 2018. The song showcases alternating tempos, Reba Meyers’s backing vocals, and Jami Morgan’s growl. The second time was for “Underneath” in 2021. That tune has a more industrial sound, similar to Nine Inch Nails, and it appears on their 2020 album of the same name. Because of COVID-19, Code Orange live-streamed a concert at an empty Roxian Theatre on March 14, 2020, the day after Underneath dropped. The group formed in 2008 as Code Orange Kids and released their debut album, Love Is Love/Return to Dust, in 2012. They dropped “Kids” from their name in 2014. 5 p.m. 425 Chartiers Ave., McKees Rocks. (C.M.)