1) Disney animated movies provoke a range of opinions, but can we all agree they have some great songs? “Colors of the Wind,” from Pocahontas, is hard to beat, while Aladdin makes the list with “(You Ain’t Never Had a) Friend Like Me.” Sung by the late Robin Williams in the film, it’s a Cab Calloway-style strut-my-stuff song about all the cool things the lamp genie can do. The stage musical that’s adapted from the movie turns “Friend Like Me” into a major, rock-the-house production number. You can catch it, along with the show’s other tunes and antics, because the touring company of Disney’s Aladdin is visiting Benedum Center. They’re in town for a long run: 23 performances over 18 days. Hesitate not, however, for a long run bespeaks popularity. You might need a genie to get tickets if you wait. Continues through September 9. 237 7thSt., Cultural District. 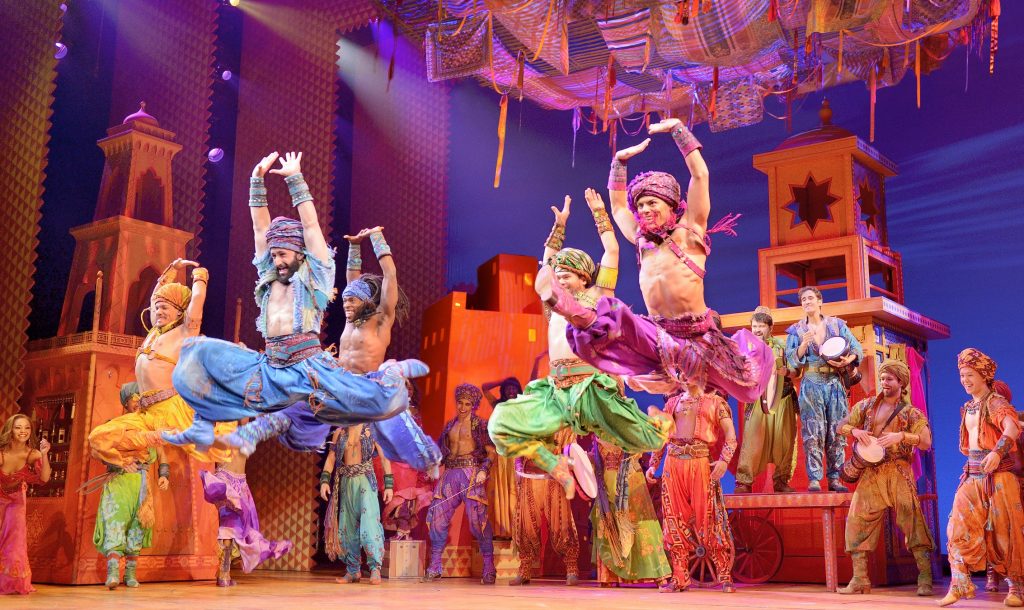 Talk about synchronicity: These dancers are def in synch, in ‘Disney’s Aladdin.’

2) folkLAB productions opens a world premiere performance and the second installment of “in Our Voice” series. Each production features small ensembles with each person representing an oppressed, under or misrepresented public identity. folkLAB has the ensemble members create a new performance work inspired by folklore of their choice. Each group has just a couple of weeks of rehearsals to create the play before its debut. QUEER: new American tall tales is the latest in the series and features actors and production staff who identify as queer. QUEER runs through August 26. 8:30 p.m. Aftershock Theatre, 115 57th St., Lawrenceville.

3) One of Pittsburgh’s hottest sports teams takes the field tonight—The Riverhounds. The squad, who are currently in second place in the USL Group A standings, take on the Tampa Bay Rowdies at 7 p.m. at Highmark stadium. See some good soccer action up close and in person. 510 W. Station Square Dr., Station Square