1) Local rock royalty Donnie Iris—a.k.a. King Cool—turns 75 on February 28. He’s so cool that his February 3rd birthday bash concert at the The Palace Theatre sold out so quickly that they added another one on February 10 and on March 3. Iris, born in New Castle and raised in Ellwood City, broke onto the national scene with a group called the Jaggerz (named, of course, after those things that grow on jaggerbushes). Their 1970 hit “The Rapper” reached no. 2 on the Billboard Pop Singles chart. Later that decade, Iris met Mark Avsec through the Ohio-based band Wild Cherry. They teamed up to form The Cruisers. National-charting hits by Iris and the Cruisers in the ’80s included singles “Ah! Leah!” and “Love Is Like a Rock” and albums Back on the Streets and King Cool. The band has reunited and/or re-formed at various times, with further releases including the 2006 album Ellwood City. The Story of Donnie Iris and The Cruisers by rock journalist D.X. Ferris will be out later this year. 8 p.m. 21 W. Otterman St., Greensburg. (RH, MV, CM).

2) You can hear a little of Otis Redding in JJ Grey’s raspy vocals. The music of Stax Records, meanwhile, permeates his backing band, Mofro, specifically within those lush horns. Unsurprisingly, Grey touts both Redding and Stax, along with Jerry Reed and rappers Run-D.M.C., as influences. Grey hails from Jacksonville, Florida, and his home is his maternal grandmother and grandfather’s former chicken farm (It now houses a recording studio). He formed Mofro in the late ’90s, and their debut album was 2001’s Blackwater. 2015’s Ol’ Glory is their latest album. They have a good thing going with Pittsburgh: JJ Grey & Mofro headlined the Pittsburgh Blues Festival in 2014. The Commonheart, one of the hottest acts in the ’Burgh opened for them in multiple cities this past fall, and do so again for this show at Mr. Smalls. Sold out. 8 p.m. 400 Lincoln Ave., Millvale. (CM)

3) Despite its fan base, alternate history is a niche genre, rarely producing a household-name hit—but that’s not the case with alternate Oz. Everybody knows about Wicked, the novel-turned-musical that tells the tale of the Wicked Witch of the West from the Witch’s perspective. The touring production is booked into Benedum Center for a stupendous run of 23 performances, which still won’t be enough: Most shows were nearly sold out before Christmas. Why is Wicked so popular? In part, because what it’s an alternate of is so popular. The 1939 film The Wizard of Oz just might be the best-known movie ever, and Margaret Hamilton’s portrayal of the Wicked Witch as a cackling, bad-to-the-bone hag has been seared into the mind’s eyeballs of millions. Wicked (which opened on Broadway in 2003) turns that horrid image upside down. The musical gives us a misunderstood gal who’s actually a good-hearted activist, blacklisted for her efforts to oppose the scurrilous Wizard’s mean regime. Besides, she’s pretty. She’s in love. And she can sing! Wicked has music and lyrics by Carnegie Mellon alumnus Stephen Schwartz; book by Winnie Holzman. The musical is presented here as part of the PNC Broadway in Pittsburgh series. 8 p.m. Today’s performance is an autism friendly show. Some of Wicked‘s lights and sound will be muted just a bit to reduce discomfort for those affected by autism. Staffed play and quiet areas will be set up in the lobby before and during the show. Continues through February 11. 237 7th St., Cultural District. (MV) 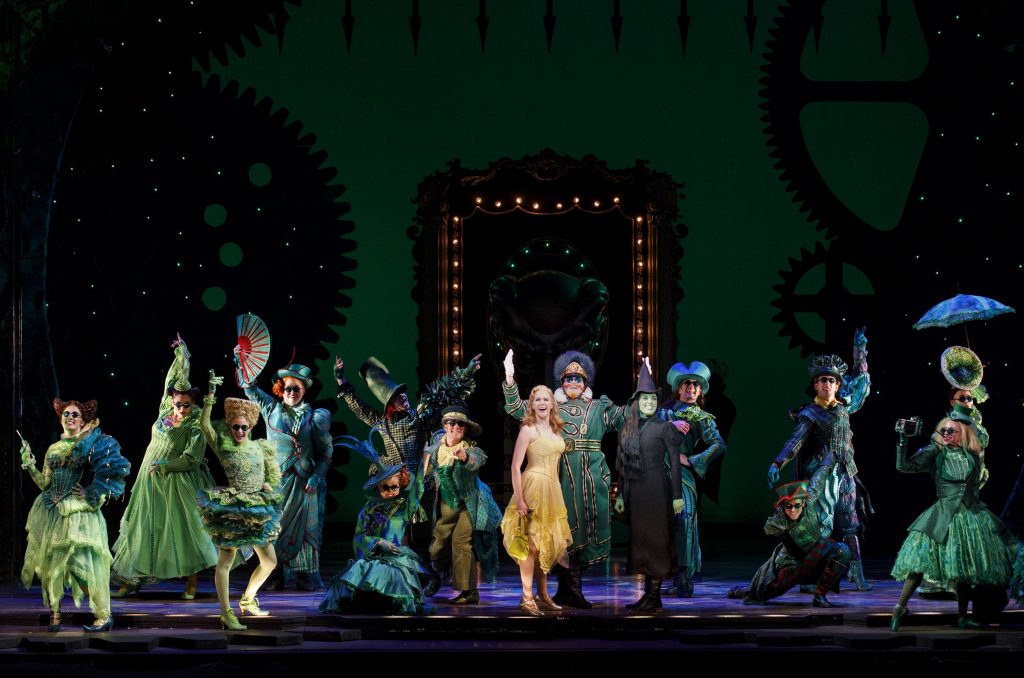