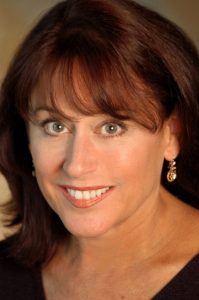 Helena Ruoti plays a woman who vies with two vexing guys in ‘Downstairs.’ (photo courtesy of the artist)

1) What’s to be done with a disoriented middle-aged man who lives in his married sister’s basement? Theresa Rebeck, currently a hot writer for stage and screen, wrote a play about such a guy. Downstairs is a psycho-thriller. Tension builds gradually as we learn that Teddy has a thinking problem, but also moments of profound insight, and that furthermore he may not be the only source of difficulty or danger in the house. Playwright Rebeck does well with this type of material. She has won an Edgar Allan Poe Award for mystery writing, for episodes of the TV series “NYPD Blue.”

Downstairs premiered to positive reviews in New York in 2018, and City Theatre—devoted to producing plays not yet seen in our town—now presents the first Pittsburgh production. City has cast the drama with three outstanding Pittsburgh-based actors: Martin Giles as Teddy, Helena Ruoti as his sister, and John Shepard as her husband. 5:30 p.m. Performances continue through February 2. 1300 Bingham St., South Side. (MV)

2) Are you properly informed on the origins of hip hop? An entertaining history lesson is available, as L.A.-based theater artist Herb Newsome visits Pittsburgh to perform his one-man show Break It Down. Newsome traces how hip hop emerged during the 1970s from the gang culture in The Bronx, with peace-seeking gangs like the Ghetto Brothers and the early Black Spades using music, dance parties, and artistic expression to bring people together. The show highlights pioneers including DJ Kool Herc, Grandmaster Flash, Afrika Bambaataa, and others. Break It Down is presented by Pittsburgh’s New Horizon Theater at Falk School, 4060 Allequippa St., Oakland. (MV)

3) One-act play festivals are great fun, and the annual festival put on by Actors and Artists of Fayette County presents four new plays with striking titles. They are: Feelings Are Weird by Jessica Zack, Destiny Is a Careless Waiter by Julie Zaffarano, Nancy McGeever, America’s Worst Door-to-Door Vacuum Salesman by Jared Pascoe, and Uniquely Alike by Dannielle A. Seanor. One would assume that McGeever sells vacuum cleaners, not vacuums signifying nothing, but assumptions can be dangerous. Geyer Performing Arts Center, 111 Pittsburgh St., Scottdale. (MV)