1) Flogging Molly and The Violent Femmes co-headline Stage AE. Limerick-born Dave King fronts Flogging Molly, a Celtic-punk band which formed in Los Angeles in 1997. A standout release includes 2008’s Float and its accompanying title track, a song about persistence. Their latest album is 2017’s Life Is Good. The Violent Femmes are a folk-punk trio from Milwaukee, Wisconsin. Their 1983 self-titled debut album, which includes “Blister in the Sun,” “Add It Up,” and “Gone Daddy Gone,” is a classic. Original drummer Victor DeLorenzo quit in 2013, but John Sparrow, who played in the group’s backing band, the Horns of Dilemma, picked up the sticks. Their latest album is 2019’s Hotel Last Resort. Me First and the Gimme Gimmes and THICK open. Doors open 5:30 p.m. 400 North Shore Dr., North Shore. (C.M.) 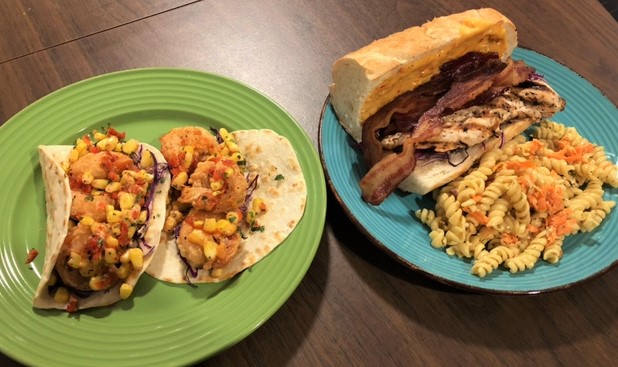 Myriad burgers, salads, sliders, and snacks round out the menu, all of it reasonably priced. Check online for daily soups and specials. Finally, enticing was the Moose Classic Mac & Cheese ($10), but I’ll save it for next time. The Smiling Moose has two locations, the South Side original location and in Cranberry Township. They are owned by Chef Mike “Scarfo” Scalatelli. 1306 E. Carson St., South Side. (C.M.)