1) Foo Fighters, a band created by former Nirvana drummer Dave Grohl, co-opted their name from the term World War II pilots gave to UFOs and anomalies they would encounter while flying missions. Four Foo Fighters’ albums have won Best Rock Album Grammys, a great accomplishment. Their music has a hard rock base with good rhythms and melody and strong clear vocals by Grohl, who also plays guitar and sometimes drums. Their latest studio album is Concrete and Gold, released in September of 2017 and debuting at No. 1 on the Billboard 200. The album was heavily influenced by the state of the nation, which Grohl describes as a mix of “hope and desperation.” 7:30 p.m. PPG Paints Arena, 1001 Fifth Ave., Uptown. 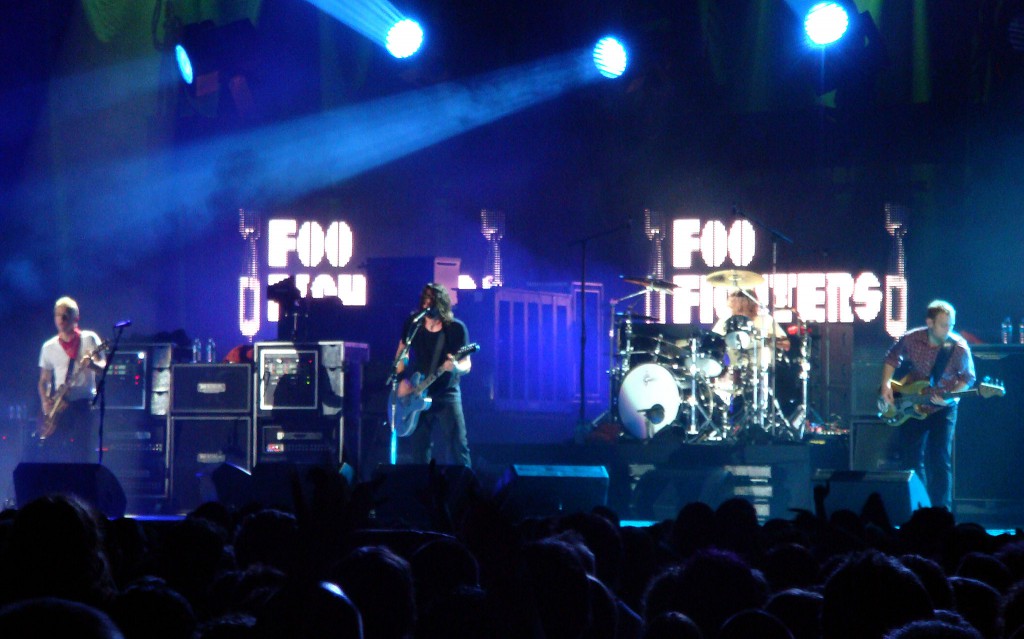 2) Texture Contemporary Ballet, a company committed to stretching the boundaries of the dance form, opens its eighth season with a program of new works titled Unmeasured Rhythm. One piece is a ballet in tap shoes, to tap beats, choreographed by Artistic Director Alan Obuzor. Another is an energetic Spanish-inspired dance created by Obuzor and Associate A.D. Kelsey Bartman. The third comes from guest choreographer Annalee Traylor, a Point Park University alumna now based in New York, and a survey of Traylor’s work to date suggests that you can expect just about anything. That’s how they do it at Texture. In the New Hazlett Theater. 7:30 p.m. Performances continue through July 22. 6 Allegheny Square East, North Side. (MV)

3) When people say they’re up for some “mindless entertainment,” they don’t mean stupid stuff. Nobody likes stupid. They mean something that’s clever, funny, and engaging, but does not make them dwell upon the futility of life or whether we’re all on a fast track to Hell. Actually, the guys in Dirty Rotten Scoundrels are on a fast track to Hell, but it’s their problem and it’s part of the fun. The show is a musical comedy about con men out to swindle wealthy women at a casino resort. Will the scoundrels bite off more than they can chew? As assuredly as the house always wins. And one can reasonably expect the house (meaning the audience) to win big this time around, because Dirty Rotten Scoundrels is being performed by Stage 62, a top-notch community theater company specializing in musicals. Deviously deceptive songs in Scoundrels include “Give Them What They Want,” “Nothing Is Too Wonderful to Be True,” and “Love Sneaks In.” It sneaks in the Music Hall at the Andrew Carnegie Free Library. 8 p.m. Runs through July 29. 300 Beechwood Ave., Carnegie.(MV)