Hansel is hooked while the witch has a handle on Gretel in Humperdinck’s ‘Hansel and Gretel.’ Singing the roles for Pittsburgh Opera are (L to R) mezzo Corrie Stallings, mezzo Marianne Cornetti, and soprano Ashley Fabian. (photo: David Bachman Photography)

1) The best-known “Christmas opera” is probably Gian Carlo Menotti’s Amahl and the Night Visitors, written for NBC-TV in 1951—yes, Virginia, there was a time when TV networks commissioned operas—but Pittsburgh Opera is leading up to the season with Engelbert Humperdinck’s Hansel and Gretel. The 1893 classic is often performed around the holidays, as it has a fairy-tale charm similar to The Nutcracker ballet. Also, per the tradition in English-speaking countries, Hansel and Gretel is sung here in English. Since it is adapted from the Grimm brothers’ tale, the plot does include a wicked witch who’s into confectionery cannibalism, yet the opera maintains an aura of fun and wonderment. Humperdinck’s sister Adelheid Wette wrote the libretto, adding magical touches while cheering up the story considerably. The composer’s folk-inspired music is lovely, and the witch’s toasty tumble into the oven carries a moral for children: One should not stick one’s nose where it doesn’t belong. Pittsburgh Opera has mezzo-soprano Corrie Stallings as Hansel—the part is written to be a trousers role—and soprano Ashley Fabian as Gretel. Performances through November 11. Benedum Center, 237 7th St., Cultural District. (MV)

2) The previous members of New Edition: Ronnie DeVoe, Bobby Brown, Ricky Bell, and Michael Bivins are joining forces again for a U.S. tour under the name of RBRM: Ronnie, Bobby, Ricky & Mike. The new name of the group reportedly comes from a line in New Edition’s 1984 hit song “Cool It Now,” when lead singer Ralph Tresvant says, “Ronnie, Bobby, Ricky and Mike, if I love the girl, who cares who you like.” Each went on to have their own successful careers, so the set list is a mix of New Edition songs and their individual solo hits including Brown’s “My Prerogative” and Bell Biv Devoe’s “Poison.” The members originally hail from the Roxbury section of Boston. There’s something about Boston that is conducive to young vocal groups. New Kids on the Block and Marky Mark and the Funky Bunch rose out of the city to achieve success as well. Case and Kid Capri open. 8 p.m. Petersen Events Center, 3719 Terrace St., Oakland. (RH)

3) Grammy nominated pop singer Kesha will be holding a Pittsburgh concert that was originally scheduled as a get-out-the-vote event, but now has been renamed Stronger Than Hate. The proceeds from the event will be donated to the Jewish Federation of Greater Pittsburgh Our Victims of Terror Fund. 6 p.m. Liberty Ave., Downtown Pittsburgh.

4) Kosha Dillz, originally Kosher Dill, and born Rami Even-Esh, will perform at the Smiling Moose. He raps in English, Spanish, and Hebrew, as demonstrated in the song “Span-Hebrish.” Additionally, he is a noted freestyler. His latest album is 2016’s What I Do All Day and Pickle. Devmo opens. 7 p.m. 1306 E. Carson St., South Side. (CM)

5) The Moon Opera began as a novel by Chinese writer Bi Feiyu, a story of an opera diva struggling to balance her inner spiritual life, her contentious show-biz life, and her disastrous love life. Now choreographer Yabin Wang has made it into a feature-length modern dance. Her company visits Pittsburgh to dance The Moon Opera as part of the Pittsburgh International Festival of Firsts. Nov. 3 only, 8 p.m. Presented by Pittsburgh Dance Council at the Byham Theater, 101 6th St., Cultural District. (MV)

5) First Unitarian Church of Pittsburgh Songspace series presents an evening of original acoustic music with The Honey Dewdrops and special guest Joe Bray. “Tangled country” is how The Honey Dewdrops define their music which features tight harmonies and an instrument assortment that includes clawhammer banjo, mandolin, and guitars. Bandmates Laura Wortman and Kagey Parrishc have been Influenced by traditional Appalachian music additionally contemporary singer-songwriters/ They blend old styles with new influences, creating a sound that is both powerful and heartfelt. Bray is a Pittsburgh singer/songwriter whose music includes several genres. Sounds like a nice opportunity to chill and hear some great music. 7:30 p.m. 605 Morewood Ave., Shadyside. 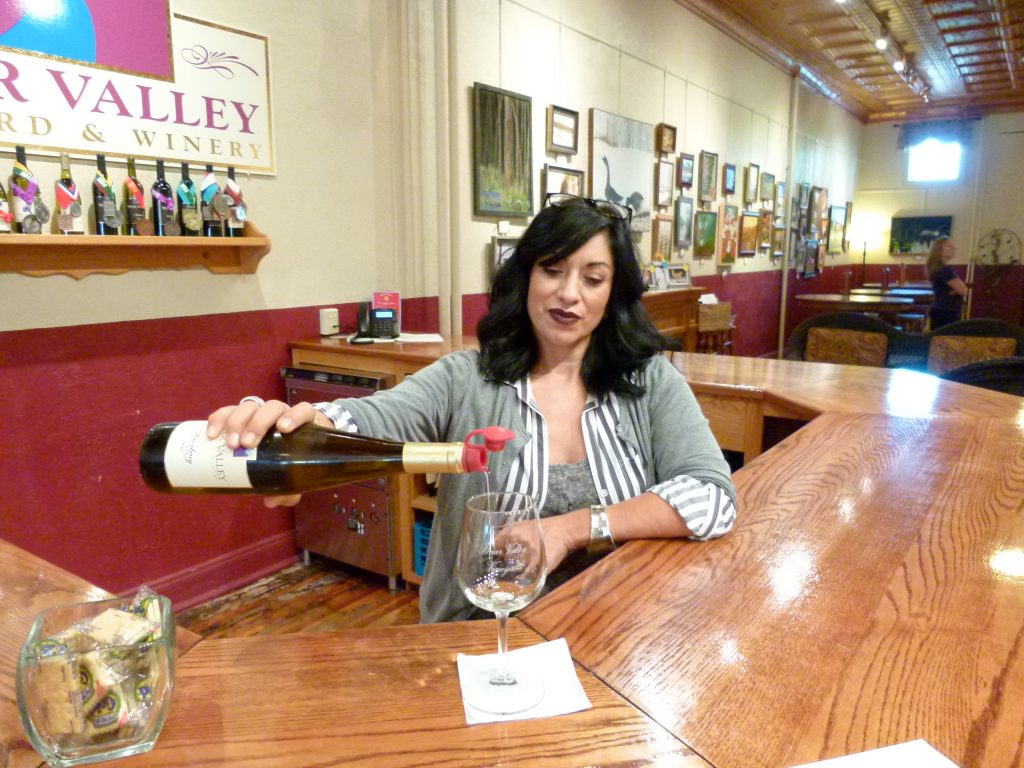 6) Bedford, PA is a happening mountain town and it will be even more lively today with the Downtown Bedford Wine & Spirits Walk. The event will feature local wine, whiskey, spirits, brews, and food in downtown Bedford. It will be fun even if there are some showers as all the tastings will be occurring in the local stores. It is produced by Downtown Bedford, Inc.1 – 5 p.m. Downtown Bedford.