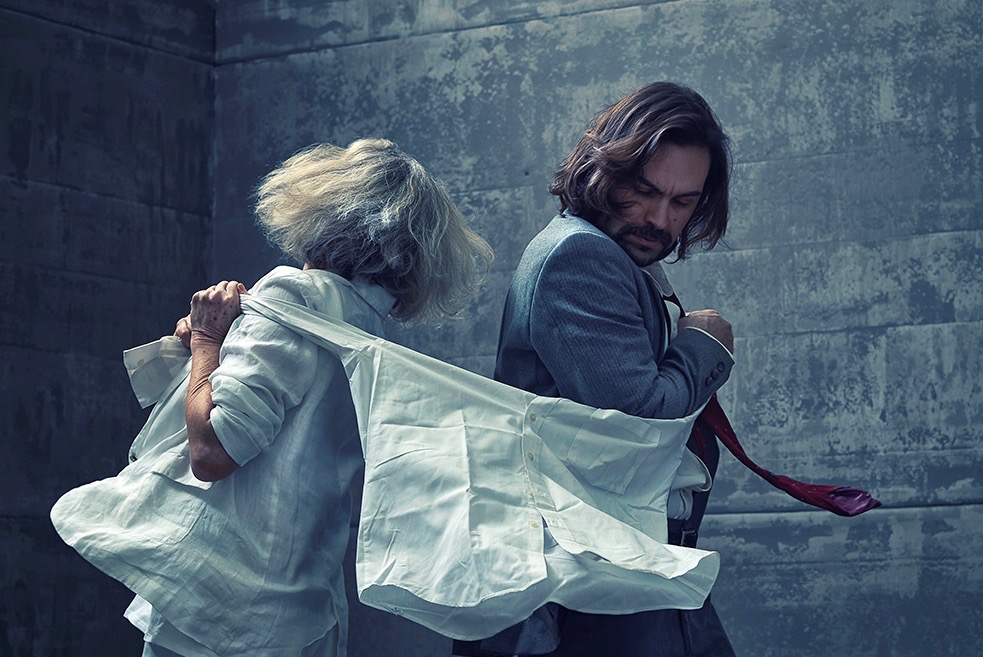 Corningworks has provided this photo from ‘Happily Ever After,’ calling it simply ‘the shirt.’ However the performance is about the persons. (photo: Frank Walsh)

In the late 1960s, when a certain tobacco company launched a new cigarette brand targeted to women, the smokes were marketed with the slogan “You’ve Come a Long Way, Baby.” Of course this invited irate reactions from women, such as “Don’t call me ‘Baby’!”—and, more to the point, “We’ve still got a long way to go.” Which brings us to Pittsburgh-based dance and performance artist Beth Corning. Some years back, Corning staged a feature-length work commenting on domestic abuse and the frequent treatment of women as less than equal persons. Now she presents an update on that one, titled, perhaps ironically, Happily Ever After. Corning describes the piece as “part installation, part performance, part fairytale, part nightmare.” If you have seen productions done under her Corningworks banner, you’ll know to expect the unexpected. Happily Ever After is performed by Corning along with the internationally known dancers Jillian Hollis, Catherine Meredith, Endalyn Taylor Outlaw, and Dionysios Tsaftaridis. Audience size is limited to 50 per performance, so reserve promptly for Happily. 7 p.m. It’s in The Space Upstairs, 214 N. Lexington St., Point Breeze North. (M.V.)