1) As that classic whistled version of “Sweet Georgia Brown” filters through the overhead speakers, the star-spangled Harlem Globetrotters will be at PPG Paints Arena today to show off their incredibly well-coordinated, stylish b-ball tricks. The Globetrotters once had a record of about 13,000 to six against their rivals, the Washington Generals. However, they no longer play the Generals. Maybe the Generals finally had enough. 2 and 7 p.m. 1001 Fifth Ave., Uptown. 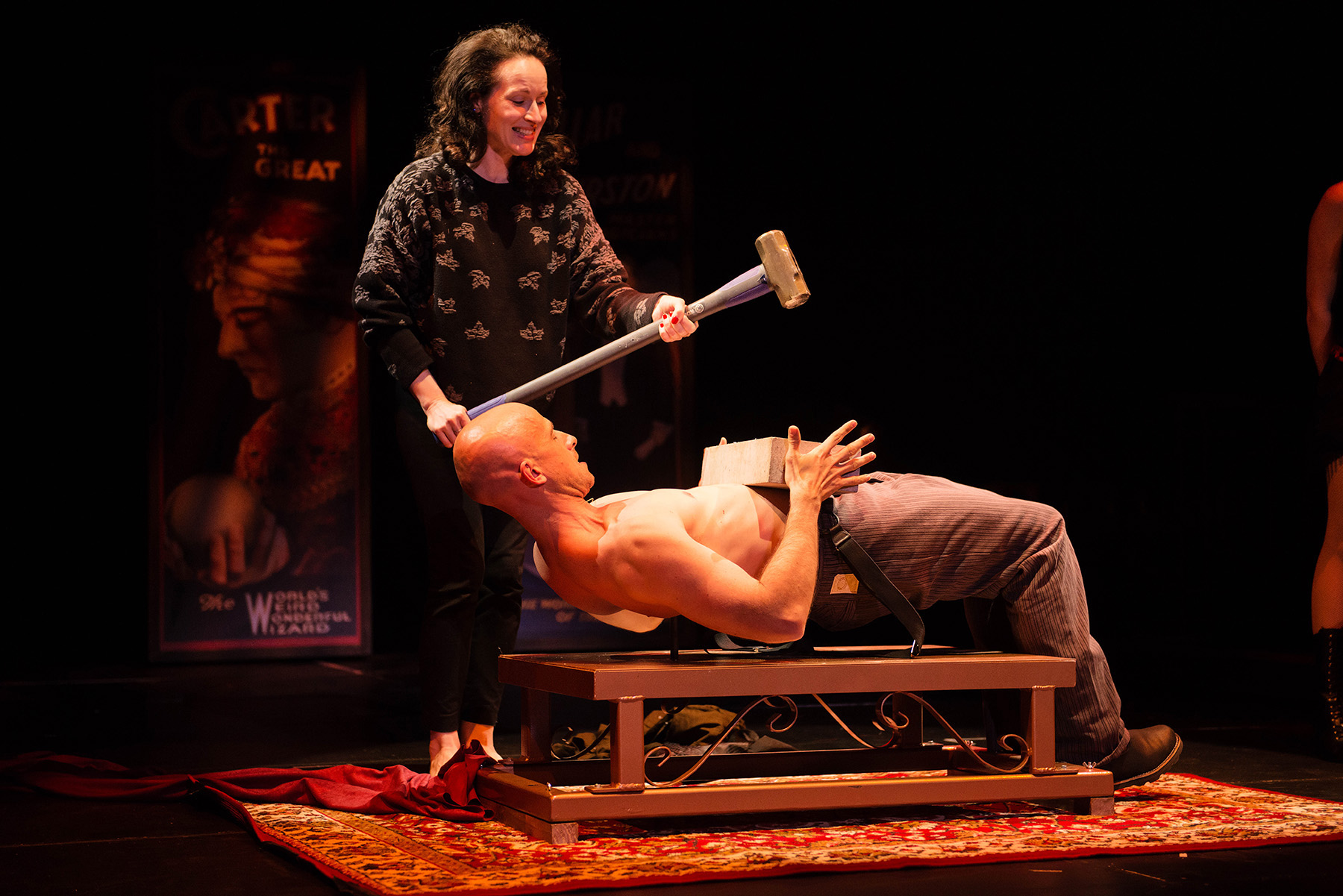 After the excesses of Christmas, one way to prepare for New Year’s Eve is to lie on a bed of nails while a friend with a sledgehammer breaks a concrete block over your stomach, but this is risky, so perhaps just watch the pros do it in ‘The Illusionists: Magic of the Holidays.’ (photo courtesy of The Illusionists)

2) By definition, it’s hard to find anything more magical than magic. A company of expert practitioners is touring North America. Their show is called The Illusionists: Live from Broadway, but for a late-December visit to Pittsburgh, they have performed sleight of hand to rebrand it The Illusionists: Magic of the Holidays. Heinz Hall. Performances continue through December 29. 600 Penn Ave., Cultural District. (MV)

3) Bill Deasy’s musical career hit high gear in a Grove City apartment when he and a few locals got together for a jam session. Those guys, The Gathering Field, became the ’90s-era regional favorite. Since that humble beginning, Deasy has stacked up a résumé that would help him “make it” in a place like New York or L.A. He’s had a contract with Atlantic Records, opened for Springsteen and Dylan, and his “Good Things Are Happening” was a theme song for a “Good Morning America” video. Yet he’s remained rooted in Pittsburgh. In particular, Deasy likes to celebrate the day after Christmas here with his annual Boxing Day show—that’s an official holiday in the United Kingdom, Canada, and other British-related countries, as you may know—so join him for a tuneful Boxing Day at Club Cafe. 8 p.m. 56-58 S. 12th St., South Side.