1) Slip on your cowboys boots, button up your finest flannel, and head down to KeyBank Pavilion, where musical icon Jason Aldean takes center stage for a night of country music fun. Aldean has accumulated many awards over his career, including Male Vocalist of the Year and Vocal Event of the Year at 2013’s Academy of Country Music Awards. He was born in Macon, Georgia, and moved to Nashville at 21. His 2005 self-titled debut cemented his success; “Why” became his first number-one single on Billboard’s Hot Country Songs chart. Aldean was performing at the Route 91 Harvest Festival in Las Vegas when a gunman fired into the crowd. Fifty-eight people died; another 851 were injured. The following Saturday, Aldean opened “Saturday Night Live” with a rousing cover of Tom Petty’s “I Won’t Back Down.” Petty had died the day after the shooting. Now Aldean is on his High Noon Neon Tour in support of his eighth studio album, this year’s Rearview Town, his fourth consecutive Billboard number one album in the U.S. Luke Combs and Lauren Alaina open. 7:30 p.m. 665 Rt. 18, Burgettstown. (EC, CM)

2) Oklahoma-based, psychedelic, alternative rock band The Flaming Lips invade Stage AE. Active since 1983, The Flaming Lips stand as one of the genre’s most accomplished and revered acts, and their shows provide a can’t-miss experience that expertly combines visual and auditory stimulation through rhythmic lines and a trippy, syncopated light show. (Their 2010 concert at the late Station Square Amphitheater, where frontman Wayne Coyne stopped the concert to listen to a passing train, is the stuff of legend.) They had a hit with “She Don’t Use Jelly” in 1993 and rose to further prominence with 1999’s The Soft Bulletin and 2002’s Yoshimi Battles the Pink Robots. Their latest album is 2017’s Oczy Mlody. Miley Cyrus appears on “We a Famly” (sic). No surprise, as she and the band earlier collaborated on 2015’s Miley Cyrus & Her Dead Petz. Le Butcherettes open. Doors open 7 p.m. 400 North Shore Dr., North Shore. (EC, CM) 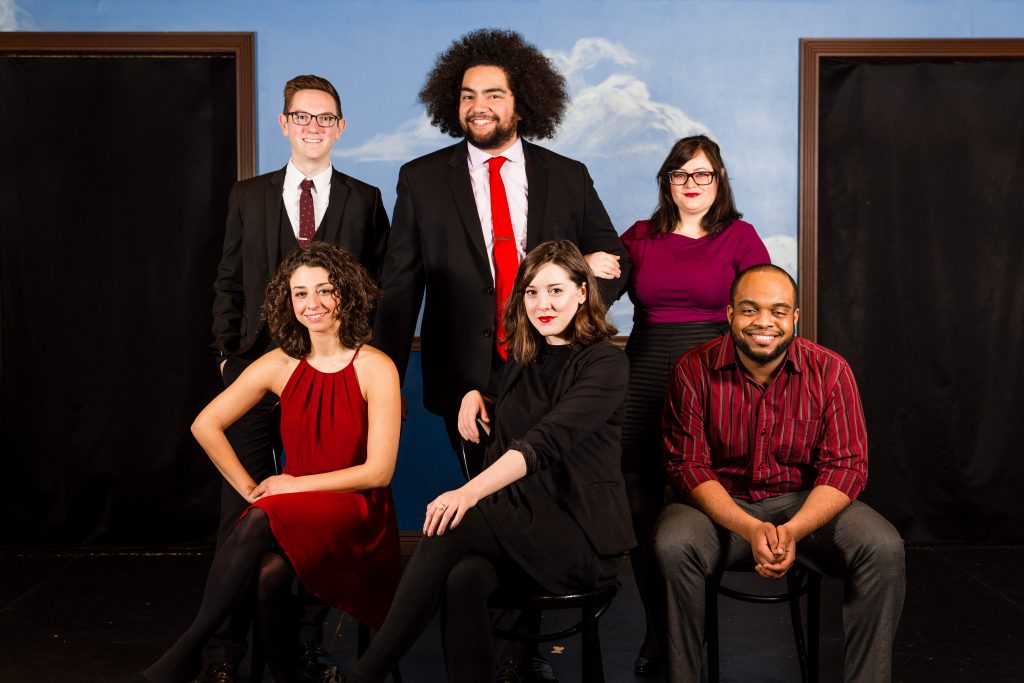 This Second City ensemble is relaxing and posing but they will be in motion for ‘Made in America: Some Assembly Required.’

3) The Second City is such a good comedy company, and such a legendary company, that journalists are tempted to write awful clichéd sentences like “The Second City is second to none.” But it’s true. Evidence can be seen here in Pittsburgh, as The Second City sends us its latest road show, Made in America: Some Assembly Required. Word has it that the show may include content of a political nature. And though it’s a sad commentary on the state of our country when political trigger warnings are required, these folks are pretty skilled at making laughs and entertainment out of just about anything. The Second City was founded in Chicago in 1959. Famous alumni include John Belushi, Gilda Radner, Steve Carell, Steven Colbert, Tina Fey, et cetera ad infinitum. The Made in America show is hosted by Pittsburgh Public Theater at the O’Reilly Theater. 8 p.m. today and 5:30 and 9 p.m.tomorrow. 621 Penn Ave., Cultural District. (MV)