1) 1965 was the year rock turned seriously psychedelic. Among other things, three new groups emerged from the San Francisco area’s folk-rock scene sounding more like musicians from another planet: the Grateful Dead, Country Joe and the Fish (remember them?)—and Jefferson Airplane. Airplane’s co-founder, Paul Kantner, started his successor band, Jefferson Starship, to play the music of Jefferson Airplane and more. Kantner died in 2016 at the age of 74, but the music goes on. David Freiberg (acoustic guitar and vocals) has played with the band intermittently since 1972 and is a rich source of wisdom and history for the other members. Starship’s female vocalist, Cathy Richardson, has a big voice that wakes the echoes. It’s impossible to replace Grace Slick, who is a painter now, but Richardson does a mighty fine job in her own right. Expect to hear Woodstock-era numbers like “Volunteers” and “White Rabbit” in a show that should be a trip. So trip on out to the Palace Theatre. 7:30 p.m. 21 W. Otterman St., Greensburg. (M.V., R.H.) 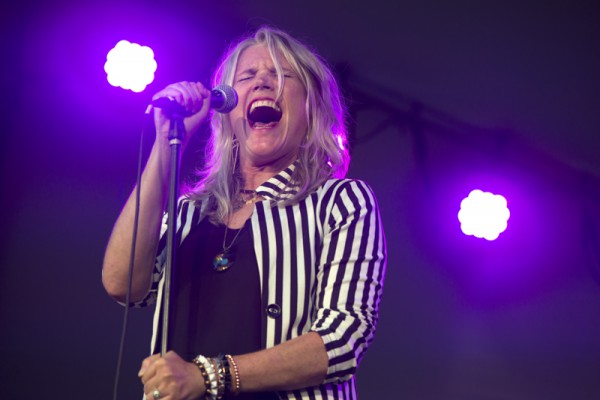 2) Steel Panther struts in for a concert at Stage AE tonight. With that name, you may think the band hails from Pitt, or is a ride at Kennywood, but it’s actually a heavy metal group from L.A. Steel Panther’s songs combine humor with R to X-rated content—the “Community Property” video, above, is actually one of the less raunchy ones—while the band’s whole act, including big hair and over-the-top costumes, parodies the glam-metal bands of the 1980s. The Panther dropped its fifth major studio album, Heavy Metal Rules, in 2019. Steel Panther is on their Res-Erections Tour. Harmless Habit opens Doors open at 7 p.m. 400 North Shore Dr., North Shore.