1) One of the greatest comedians of a generation, Jerry Seinfield, is live in concert at the Benedum Center this evening. The creator of  “Seinfeld” the hilarious TV show about “nothing” (or everything), will no doubt entertain the audience with his “little observations” about everyday life. “Seinfeld” aired on NBC for nine years from 1989 to 1998. The show was slow to build an audience although a darling of the critics, but once it got going it was always high up in the Nielsen ratings. “Seinfeld” was a magical TV series that fired on all cylinders, with fantastic writing, acting, casting, and directing. Seinfeld has stayed active in his one true vocational love—stand-up. Like other top comedians, Seinfeld constantly tests out new material to see what garners the most laughs. He’s also enjoyed big success with his Netflix/Sony Crackle TV series, “Comedians in Cars Getting Coffee.” With Seinfeld’s keen comic insights into people and situations, this promises to be a night of many laughs. 7 and 9:30 p.m. Benedum Center, 237 7th St., Cultural District. (EC, RH) 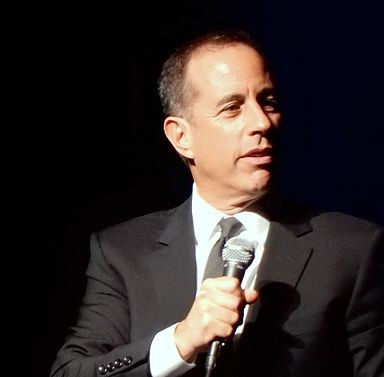 Jerry Seinfeld at the mic in 2016. (photo: slgckgc and Wikipedia)

3) What goes around comes around. Storytelling is probably the oldest narrative art (although it’s possible that early humans may have danced or pantomimed stories, before they learned how to talk them)—and Pittsburgh’s Bricolage Production Company is totally on the case in terms of the modern-day storytelling revival. Bricolage’s participatory theater event WordPlay is billed as “a new spin on storytelling.” You are invited to show up and tell your story—as long as it’s true, because this is nonfiction, and nonfiction means “not not true.” Bricolage will then literally put the “spin” on each story by having a DJ on hand, to accompany the tales by spinning music and sounds that are utterly unpredictable. 8 p.m. Today and tomorrow only. Doors open at 7:30 p.m. for a complimentary beer and wine happy half hour. 937 Liberty Ave., Cultural District. (MV)