1) One word not permitted in writing is “indescribable,” so let’s give this thing a shot. In the world premiere of Joan Didion’s The White Album­, an idiosyncratic performing-arts group dramatizes a stirring, but hard-to-define, essay by one of the foremost writers of the last century’s New Journalism wave. Joan Didion, now 83, rose to fame in the 1960s and ’70s with her highly subjective reporting about people and events in California during those years of cultural upheaval. “The White Album” was published in New West magazine and covers, among other things: a doomed recording session by The Doors, at which Jim Morrison showed up late and apparently disjointed. Huey Newton, cofounder of the Black Panther Party, urgently seeking treatment for a gunshot wound and being hassled for his health-insurance card. Linda Kasabian, ex-member of the Charles Manson commune, choosing a dress to wear for her court testimony about the group’s mass murders, et cetera—all mixed with Didion’s personal account of having bizarre psychological issues at the very time she was becoming famous, and more. 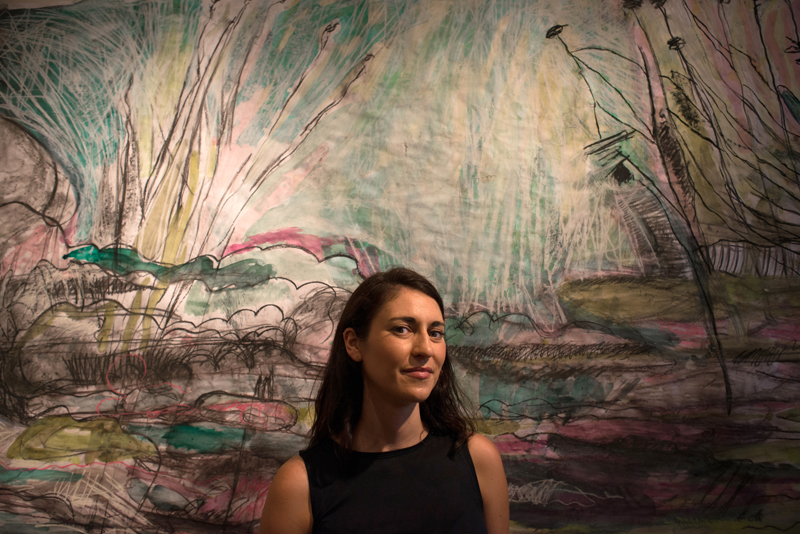 2) Persons wishing to experience art and music in the crisp fall air will do well to take part in the monthly Unblurred events along Penn Avenue in Garfield. They’re on the first Friday of each month. And what’s up is quite a lot. Art galleries along the street are open—the Silver Eye Center for Photography, Level Up Studios, and several more—as are other shops, eateries, and so forth. Many have music or performances. The Garfield Night Market, with stalls and vendors selling a wide spectrum of interesting goods, operates in summer. Above all, Unblurred is a fine occasion to simply hang out, mill about, and enjoy. 6 p.m. till later at night, 4800 through 5500 blocks of Penn Ave., Garfield. (MV)

Pittsburgh Glass Center
Free admission: 10AM-9PM
Glassblowing demonstrations all day, in addition to the opening of All of the Suddens, an exhibit by Kelly O’Dell exploring “existence and extinction, preservation and decay.” The focal point of the exhibit is expected to be a piece entitled Critical Masse, comprised of 13 endangered species mounted on the wall in clusters.
5472 Penn Ave. (Friendship)