1) Actor/comedian Tracy Morgan has had a very successful career of making people laugh over a span of  over 30 years. His first comedy stage was the rough streets of the Bronx in New York City. As he continued to hone his craft he garnered a recurring guest role on the Fox TV series, “Martin” as the “hood’s” best entrepreneur, Hustle Man. SNL creator Lorne Michaels met Morgan when Morgan was selling souvenirs outside of Yankee Stadium. Morgan’s humor and charisma landed him an audition and then a cast position on Saturday Night Live. He was later cast in the role of Tracy Jordan, a TV star with an over sized ego, on the Tina Fey produced, “30 Rock.”  Morgan won an Emmy Award for that role in 2009. ‘The Last O.G.” on TBS is Morgan’s latest TV show. He has made a heroic comeback from a terrible car crash in 2014, when the minibus that he and his good friend James McNair and several others were riding in was hit by a Walmart truck. McNair was killed and Morgan was severely injured. Morgan brings his standup act to the Pittsburgh Improv tonight through Saturday. All shows are sold out. 7:30 and 9:45 p.m. tonight. 166 E. Bridge St, Homestead (The Waterfront). 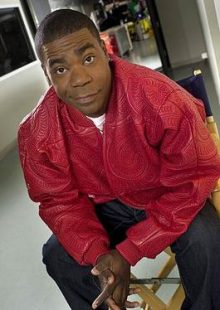 2) John Mayer went from pop to blues to jam-band. Let’s chart this development. One of his first singles was “Your Body Is a Wonderland,” which won a Grammy for Best Male Pop Vocal Performance in 2003. He moved to blues in the mid-aughts by collaborating with legends such as B.B. King, forming the John Mayer Trio, and releasing Continuum in 2006. Cut to a few albums later, and John Mayer became a Deadhead after hearing “Althea” on a Pandora station. He befriended Grateful Dead guitarist Bob Weir in 2015. The pair and Dead drummers Mickey Hart and Bill Kreutzmann soon formed Dead & Company, which has toured in most years. Dead & Company may or may not be coming to Pittsburgh this year, but Mayer is. He will perform his solo work at PPG Paints Arena. Mayer’s most recent studio album is Sob Rock, released in 2021. Rescheduled to May 5 due to Covid. 7:30 p.m. 1001 Fifth Ave., Uptown. (C.M.,R.H.)

3) Part of the band alt-J‘s  success has to do with their incorporation of the mainstream. Early singles like “Fitzpleasure” take a cue from dub step; “Hunger of the Pine,” meanwhile, samples Miley Cyrus. The latter single comes from the group’s sophomore album, 2014’s This Is All Yours. It received a 2015 Grammy nomination for Best Alternative Music Album. Such accolades are part of what have helped to propel the band from Leeds, England, to venues like the Benedum and now the Petersen Events Center. Alt- J will drop their latest album, The Dream, on February 11.

Also on the bill at The Pete is Portugal. The Man. The group has one of the most impressive runs in modern music. Beginning in 2006 with their debut, Waiter: “You Vultures!, they released a new album every year for five years while touring constantly. Portugal. The Man performed at the opening day ceremonies for Dick’s Sporting Goods new concept store, Public Lands, in Cranberry Township last September and didn’t disappoint. Brittany Howard joined them for part of their set. The group is set to release their new single, “What Me Worry?”, on February 9. Special guest is Sir Chloe. 7 p.m.  Petersen Events Center, 3719 Terrace St., Oakland. (C.M., R.H.)

4) Pittsburgh Americana band Buffalo Rose has a sound that’s been described as folk and soul-grass with soaring harmonies. Buffalo Rose was busy in 2021 with numerous gigs included the Moe’s Southwest Thank You Tour stop at Allegheny City Brewing and the Allegheny County Parks fundraiser at North Park. Buffalo Rose has just been named to play the South by Southwest Festival (SXSW) next month in Austin, Texas. Before they depart, check them out at the Thunderbird Cafe. In other band news, Buffalo Rose will also be releasing an EP on the 22nd that they collaborated with Grammy Award-winner Tom Paxton on. Broken Fences opens. A full-length LP will follow later this year. Doors open at 7 p.m. 4053 Butler St., Lawrenceville. (R.H.)

5) Big Blitz made a big impression on the audience at last fall’s Pittonkatonk in Schenley Park. They made a big beautiful sound with their two hot saxes and phrenetic drumming. The group’s sound is distilled from dance, rock, and jazz improvisation music. Big Blitz also takes inspiration from the sax and percussion bands that often busk in the subways of New York City. They write all their own music and promise “a high energy performance that funkies with your brain and flows down to your feet.” You can see them at Club Cafe with special guests Back Alley Sound and Working Breed. 7:30 p.m. 56-58 S. !2th St., South Side. (R.H.)