1) “One-man jam band.” The phrase may appear oxymoronic. That is, until you see Keller Williams live. The Virginia native, active since 1991, often loops guitar, bass, and percussion while playing solo, creating the effect of a full band. Williams isn’t beneath asking for a little help from his friends, though. He’s recorded, performed, and toured with bluegrass group The String Cheese Incident, and he’s played in a number of additional ensembles. His recent projects include 2017’s Raw, an acoustic album, and 2017’s Sync, his 21st studio album. He recorded the latter with the Keller Williams KWahtro, which includes himself (acoustic guitar), Danton Boller (upright bass), Rodney Holmes (drums), and Gibb Droll (acoustic guitar). In 2016, Williams recorded a benefit EP for Californian singer-songwriter Tim Bluhm, who was injured in a speed flying accident in 2015. Williams will perform a solo show at Mr. Smalls. 9 p.m. 400 Lincoln Ave., Millvale. (CM) 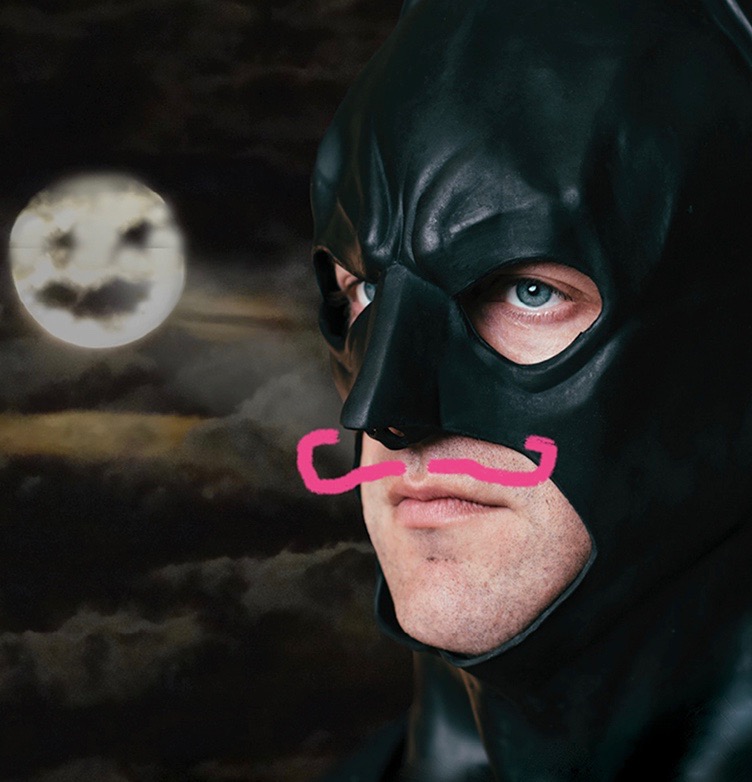 Ross is ‘One Man Dark Knight.’

2) Master impressionist Charlie Ross, known for his deliriously spot-on parodies of famous movies, visits Pittsburgh to perform One Man Dark Knight. This one sends up the Christopher Nolan Batman trilogy, as Ross delivers shape-shifting renditions of multitudes of characters while acting out all three films. He’s done this sort of thing before. He Frodo-ed, Gollumed, and Aragorned his way through One Man Lord of the Rings. His One Man Star Wars drew threat of legal action from Lucasfilm, but the case was settled and Ross light-sabered onward (wielding imaginary light sabers; there are no props in his parodies). Ross developed his act by performing at fringe festivals. He now has graduated to bookings in major venues worldwide. One Man Dark Knight is part of the Cohen & Grigsby Trust Presents series. Byham Theater. 7:30 p.m. 101 6th St., Cultural District.

3) The Pens are playing a home game at PPG Paints Arena this afternoon against the Detroit Red Wings. The puck drops at 1 p.m. Tomorrow the Penguins will play the New York Rangers in another home game at 7:30 p.m. The Pens are currently in fifth place in the Metropolitan Division of the Eastern Conference.  Let’s go Pens! 1001 Fifth Ave., Uptown.