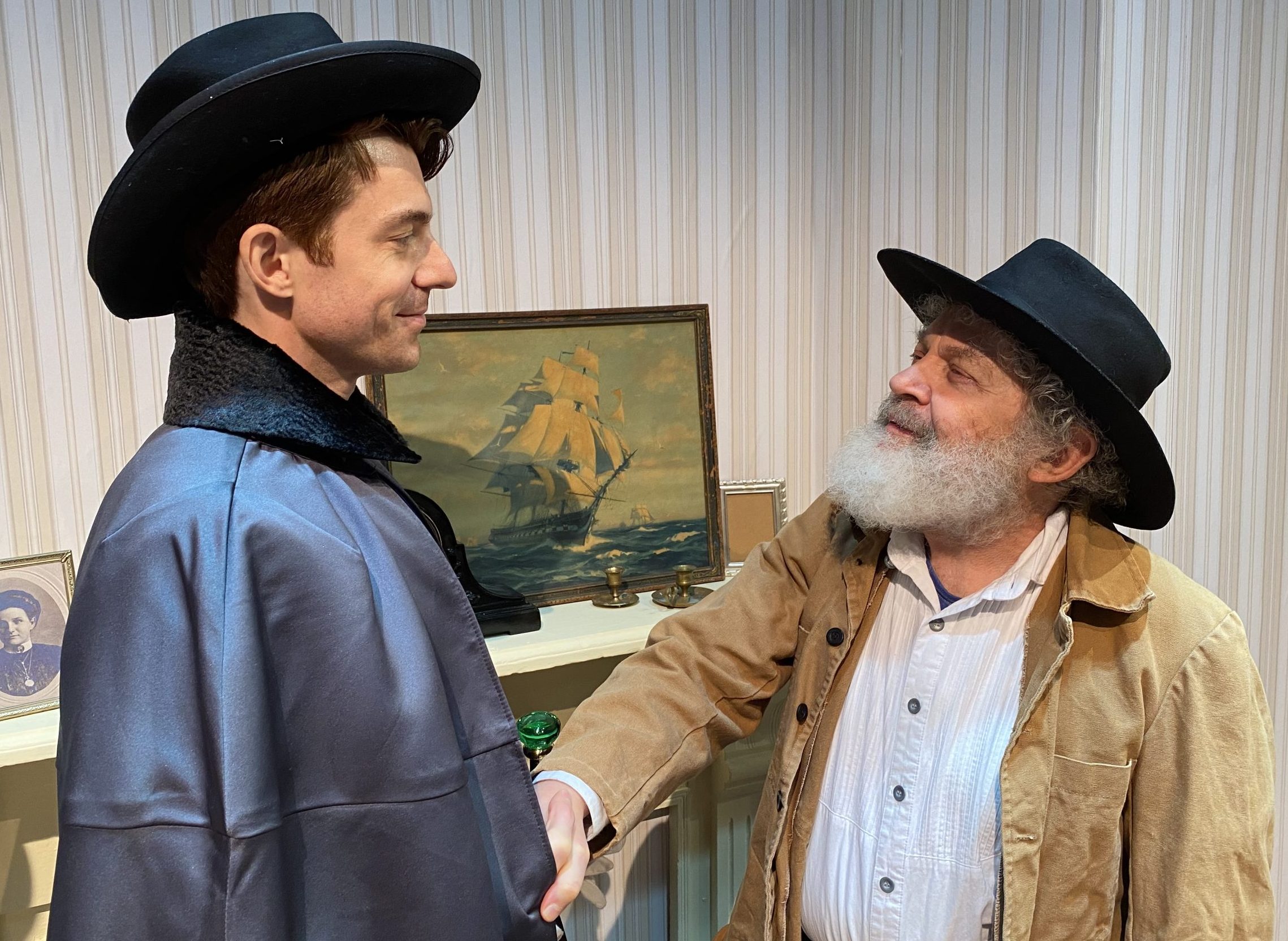 It is somewhat surprising that Walt Whitman’s book of poetry, Leaves of Grass, became an iconic American favorite and a popular item overseas in the mid-1800s. Not because the poems aren’t good; they are; but because many passages are explicitly homoerotic (or just any-way-you-want-it erotic), to an extent far beyond the standards of the time. Indeed, some readers found the book scandalous, while others saw it as Whitman’s celebration of hearty, manly Americanism. Oscar Wilde loved Leaves of Grass. He first read it at the age of 11 along with his mother, Jane. She was a spirited woman. Years later, Wilde invited a college friend to his home thusly: “I want to introduce you to my mother. We have founded a society for the suppression of virtue.” And some years after that, when Wilde was a young writer on a speaking tour of the United States, he was invited to visit his grey-bearded literary idol Mr. Whitman. We have accounts of their two-hour conversation. Both men were publicity-conscious and each assured that glowing reports were written up in the press. Now, playwright Donald Steven Olson imagines how it really went in his play Oscar & Walt. See the U.S. premiere of Oscar & Walt at Kinetic Theatre. Oscar is played by Nick Giedris, Walt by Sam Tsoutsouvas, and Lisa Ann Goldsmith is Walt’s sister-in-law Louisa. In City Theatre’s Lester Hamburg Studio Theatre, 8 p.m. 1300 Bingham St., South Side. (MV)