1) Third Man Records released Margo Price’s debut album, Midwest Farmer’s Daughter. Rock god Jack White founded Third Man, and if White Stripes fans checked out Price because her album was tangentially connected to him, they continued to listen because of her and her alone. Just over a month after her debut’s release, she crushed it on “Saturday Night Live,” where she proclaimed, “I put a hurtin’ on the bottle … but that don’t touch the pain you put on me.” Loretta Lynn and Dolly Parton no doubt would approve. The album’s title nods to her home in Aledo, Illinois. She moved to Nashville at 20 and was an active part of the city’s music scene before becoming an international star. Her latest album is 2017’s All American Made. She will perform at The Club at Stage AE. Aaron Lee Tasjan opens. Doors open 7 p.m. 400 North Shore Dr., North Shore. (CM) 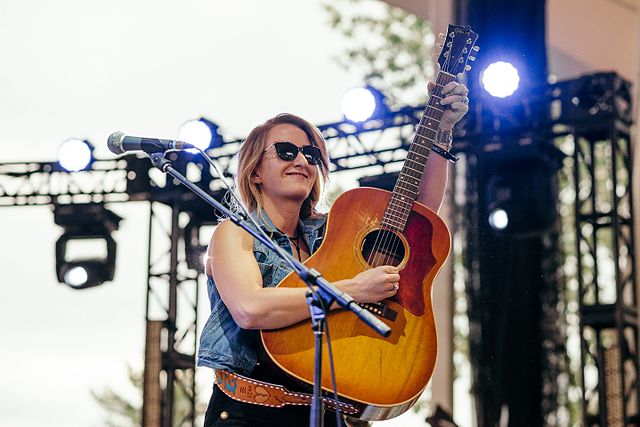 2)  August Wilson is one serious playwright, even (and sometimes especially) when he’s being outrageously funny. These Wilsonian qualities are displayed vividly in King Hedley II. Set in the Hill District during the 1980s, the play is one of Wilson’s darkest—a story about people with blasted pasts and dim futures—yet it’s amazing to see how such dark materials can light up the stage. The title character is a newly released ex-con whose plans for a better life are both dubious and desperate, such as fencing stolen refrigerators to get money for an honest business venture. Another striking character is Stool Pigeon, who got the nickname after spilling what he knew about a murder case. He considers himself a “truth-teller” and serves as the neighborhood’s Scripture-quoting, fire-breathing streetcorner prophet. Almost everyone in King Hedley II is somehow striving for validation and redemption. The play provides a great intro to Wilson’s world for newcomers, though it is far from the first of his 10-part Pittsburgh Cycle, and there’s no better time than now to see it. Pittsburgh Playwrights Theatre Company is performing King Hedley II at the actual site of Wilson’s boyhood home in The Hill. 7 p.m. Performances continue through June 3. 1727 Bedford Ave., Hill District. (MV)

3) Gallery Crawl in the Cultural District is happening tonight; it features visual arts, musical performances, and interactive exhibits. All events are free and take place at a variety of galleries, art spaces, and venues. Some galleries offer drinks and hors d’oeuvres. What a great way to sample some of Pittsburgh’s great arts and entertainment! 5:30 – 10 p.m., Cultural District.