1) The Marshall Tucker Band began performing in Spartanburg, S.C., in the early ’70s. Excelling mainly in southern rock, the band also blends in some gospel, R&B, jazz, and country music. MTB’s sound is unique and catchy and has withstood the test of time. You may still hear “Heard It in a Love Song” and “Can’t You See” on the radio or in a blues bar on open mic night, but at Rivers Casino, you’ll hear it straight from the band, which is always better than a remake. This is a great opportunity to hear an early and important band in southern rock history. 7 p.m. Sold Out. 777 Casino Dr., North Shore. (R.H.)

2) Imagine Dragons have played several different Pittsburgh venues over the years. One of the first  was Altar Bar and the group soon leaped to the big-time air of Consol Energy Center. Their first album, 2012’s Night Visions, debuted at number two on the Billboard 200 and went on to win the Billboard Music Award for Top Rock Album award. The Las Vegas group, whose style draws from rock, indie, and dubstep, is touring in support of last year’s, Mercury – Act 1. Special guest is Grandson. 7p.m. PPG Paints Arena, 1001 Fifth Ave., Uptown. (E.C., R.H.)

IN A GROVE (opera) by Christopher Cerrone and Stephanie Fleischmann, from the short story by Ryūnosuke Akutagawa. Pittsburgh Opera, Feb. 19 – March 3.

3) Pittsburgh Opera presents the world premiere of an opera with a most intriguing background. In a Grove is adapted from the same Japanese short story that was the basis of the great samurai/crime film Rashomon. A dead samurai has been discovered in the woods, bound and stabbed. At the inquest, several persons of interest are queried, including the samurai’s widow, a man suspected of being the killer, and the victim himself—testifying from the beyond, through a medium. None of their stories match. The opera resets In a Grove in the mountains of Oregon in the 1920s, shifting the dead man’s identity from samurai to schoolteacher. The composer is Christopher Cerrone and this is his second opera dramatizing a famous work of fiction. Invisible Cities, adapted from the surreal novel by Italo Calvino, was a finalist for the 2014 Pulitzer Prize for Music. Cerrone composed In a Grove to a libretto by Stephanie Fleischmann, who worked from the original tale by author Ryūnosuke Akutagawa. In a Grove is a chamber opera. Pittsburgh Opera’s premiere has four singers in multiple roles: baritone Yazid Gray, tenor Andrew Turner, soprano Madeline Ehlinger, and countertenor Chuanyuan Liu. At the company’s Bitz Opera Factory, 2425 Liberty Ave., Strip District. (M.V.) 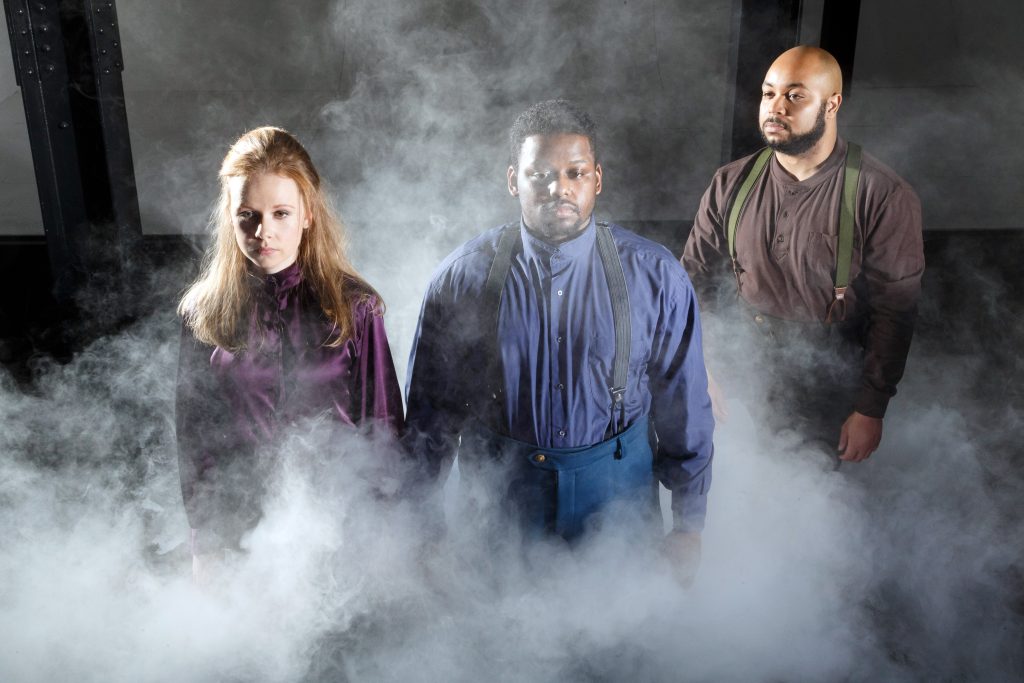