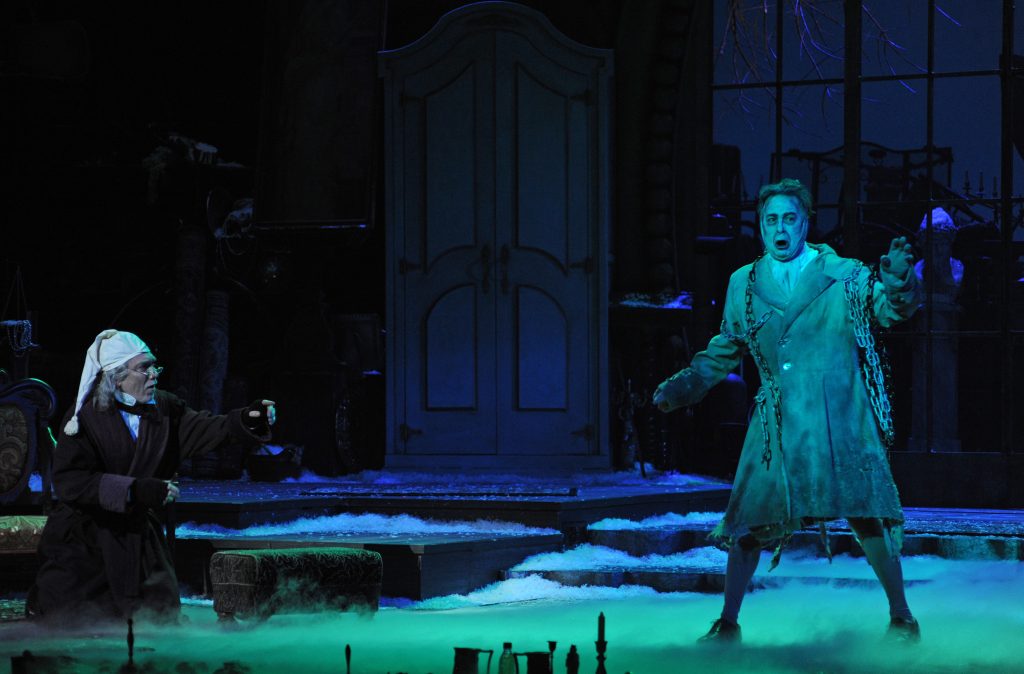 1) Charles Dickens’ A Christmas Carol is considered high schmaltz by some and high art by many others. In Japan, the novella has been viewed as one of the great works of English literature—“possibly in a league with Hamlet,” as one Japanese scholar wrote. Distinguished actors who’ve played Ebenezer Scrooge in adaptations include Lionel Barrymore (in voice only, on radio), Marcel Marceau (in mime, with no words), and, memorably, Michael Caine (in The Muppet Christmas Carol, with Kermit and Miss Piggy as Bob and Mrs. Cratchit). In Pittsburgh CLO’s production of A Musical Christmas Carol, Scrooge is played by Patrick Page, whose résumé seems made for the role: Page was The Grinch in the 2006 Broadway debut of Dr. Seuss’ How The Grinch Stole Christmas. The adaptation is by David H. Bell, best known for Hot Mikado, the jazzed-up remake of The Mikado. There’s no bebop in A Musical Christmas Carol, but Bell has added some scenes that help to fill out Dickens’ original story nicely. 7:30 p.m. Continues through December 23. Byham Theater, 101 6th St., Cultural District. (MV)

2) Tonight at the PPG Paints Arena our Pens face off against the Columbus Blue Jackets. The team is then off until Saturday when they play the Anaheim Ducks. The Pens currently occupy sixth place in the NHL’s Metropolitan Division. 7 p.m. 1001 Fifth Ave., Uptown.