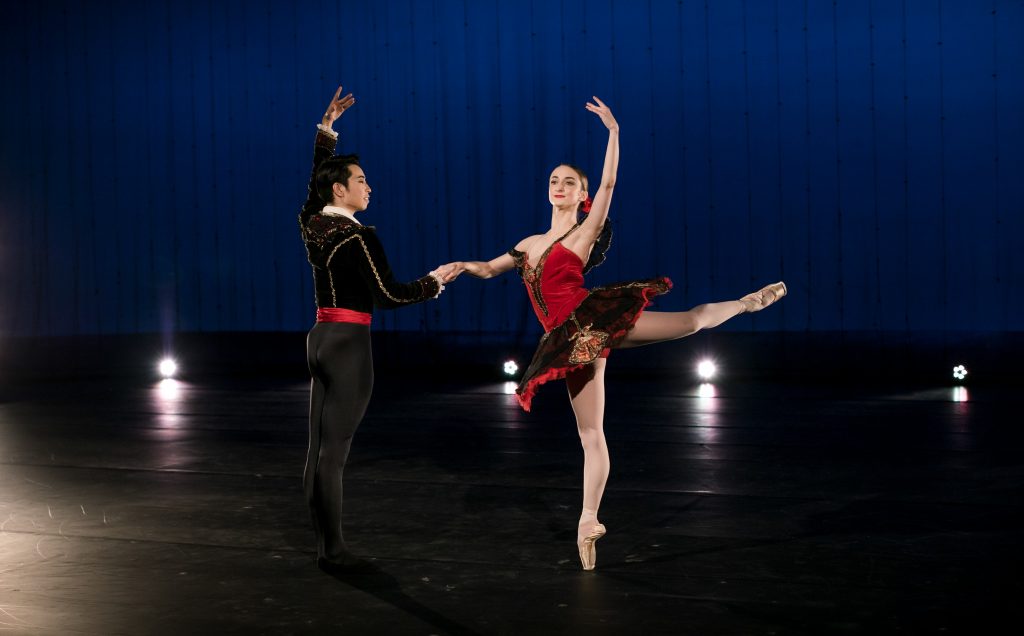 One of the pieces that Pittsburgh Ballet will be performing is from their production of ‘Don Quixote.’ Pictured are Yoshiaki Nakano and Jessica McCann. (photo: Kelly Petrovich)