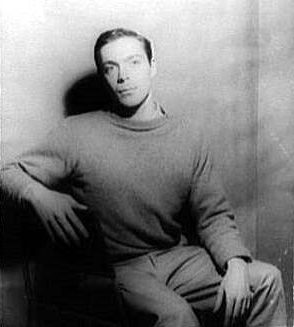 Paul Taylor was athletic, eclectic, and a heck of a choreographer. (photo: Carl Van Vechten, 1960)

1) Calling a great event a “must-see” doesn’t work—people have heard the cliché so often they no longer believe it—so let’s stick to facts. The Paul Taylor Dance Company is visiting Pittsburgh. Paul Taylor himself, a world-renowned figure in modern dance, died in 2018, at 88. The company is dancing a program that showcases the range of works he created. And there aren’t many ranges like it. Taylor, born in Wilkinsburg but raised mostly in the Washington, D.C. area, had highly eclectic interests and ideas combined with a maverick personality and serious choreographic chops. His bizarre “3 Epitaphs” comes across like a daffy dream sequence from a noir sci-fi fantasy. In “Promethean Fire,” the entire troupe mixes simple movements with acrobatics to generate rippling, swirling patterns on stage. Dance works that will be performed include A Field of Grass and Esplanade. 7 p.m. Pittsburgh Playhouse, 350 Forbes Ave., Downtown. (M.V.)