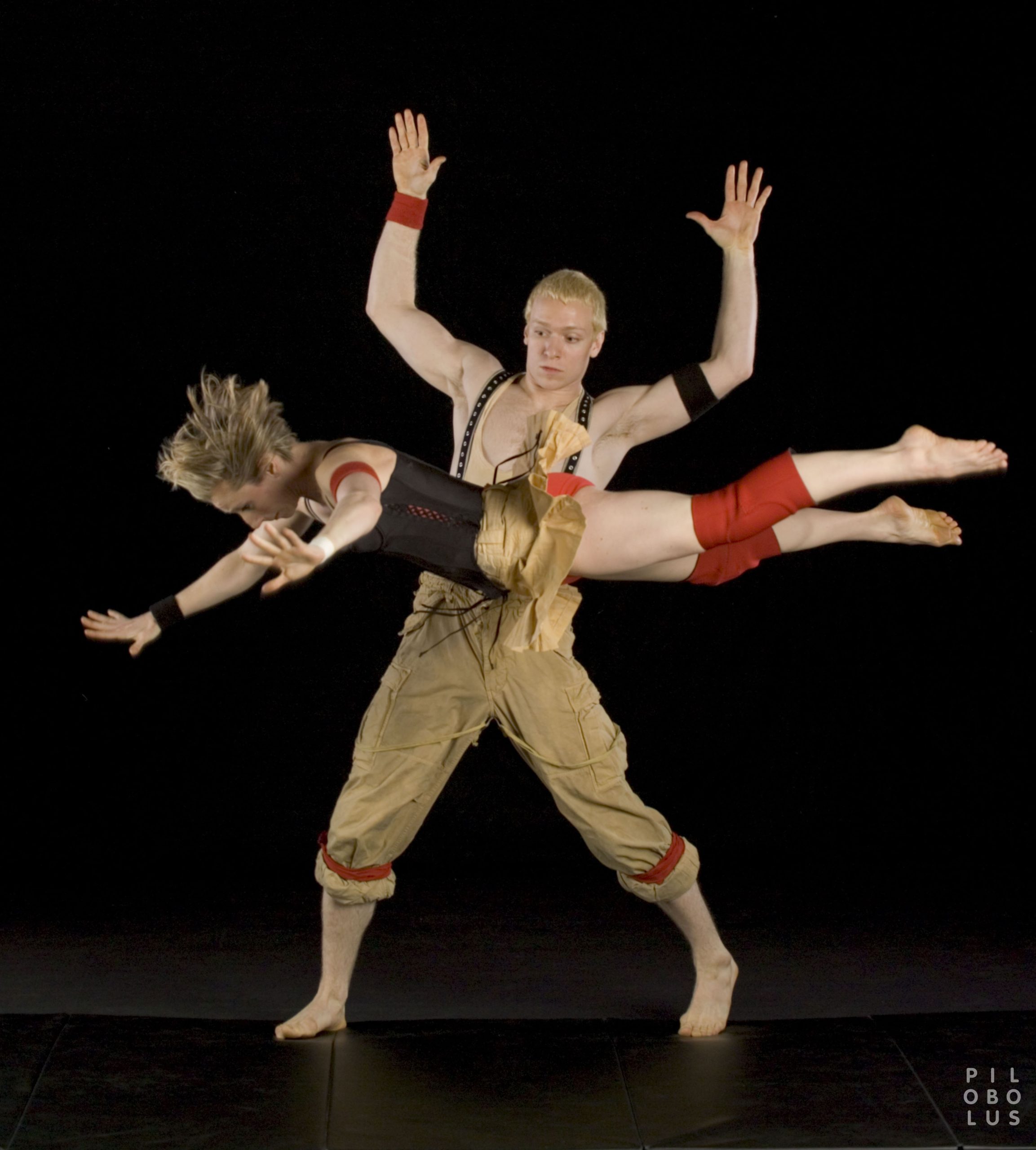 Pilobolus returns to Pittsburgh. This is ‘the Megadrop’ from ‘Megawatt.’ (photo: John Kanebug)

1) Pilobolus is one of the few modern dance companies to achieve wide name recognition, and if you haven’t heard of them, the accent goes on the second syllable: PiLOBolus. Founded in 1971, at a time in the arts when weirdness was not only good but mandatory, the company has continued practicing its own particular brand. The dancers combine dance with acrobatic stunts, physical humor, and stage effects. Some critics feel the company has gotten too gimmicky, but they keep coming up with amazing new material—and whatever they do, they do extremely well. Pilobolus visits Pittsburgh to perform the company’s 50th anniversary show (delayed for one year due to Covid.) The program samples five of their signature pieces, three from the company’s early years plus two more recent: Shizen (1978), the solo from Empty Suitor (1980), Day Two (1981), Megawatt (2004), and Behind the Shadows (2021). Good seats have been going fast, so reserve promptly or try your favorite secondary ticket source. Presented by Pittsburgh Dance Council at the Byham Theater, 101 6th St., Cultural District. (M.V.)