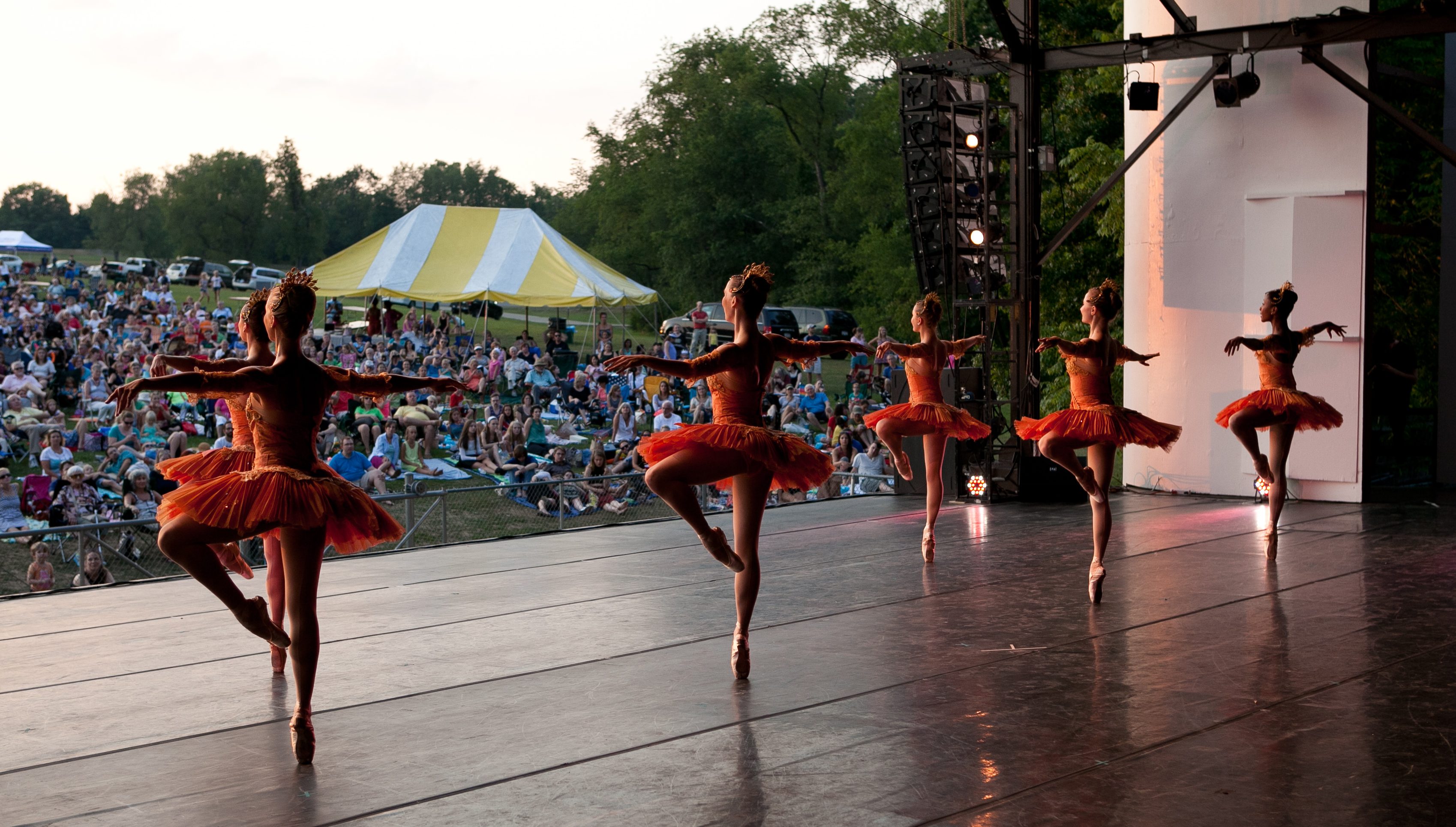 1) Ballet is one of the pricier tickets in town, except on Sunday, August 19, when it’s free. Dancers and musicians of Pittsburgh Ballet Theatre visit the outdoor stage at Hartwood Acres to perform pieces from the company’s repertoire in a show called Ballet Under the Stars. As the title indicates, this is an evening performance, but fans are invited to come early for a couple of pre-show events. One is a “Family Fun” festival with free children’s activities and on-site food vendors, starting at 5 p.m. Also at 5 p.m., the VIP tent opens for dinner, drinks, and a chance to meet the PBT dancers; this event requires buying tickets (see the web link above). The free performance begins at 7:30 p.m. Since that is before sunset, not many stars will be visible at first—but they’ll come out soon, and everyone is invited to dance along with the show. The program features recent works by PBT dancers JoAnna Schmidt, Yoshiaki Nakano, and Jessica McCann. The program will then conclude with Jerome Robbins’ romantic piece “In the Night.” Hartwood Acres Park Amphitheater, 4000 Middle Rd., Allison Park. (MV)

2) Front Porch Theatricals is a company known for staging unusual musicals, and they’ve got one in Grey Gardens: The Musical. It’s adapted from a documentary film with a strange story behind it. In the early 1970s the Maysles brothers, David and Albert, were America’s foremost documentarians. They had recently released Gimme Shelter—a chronicle of the Rolling Stones tour that ended in violence at a concert where security guards from Hell’s Angels tried to control an unruly crowd—and they were looking for a subject in a different vein. Grey Gardens is a mansion on the fashionable far end of Long Island. Living in it then were two women, Edith and her daughter “Little Edie” Bouvier Beale, once prominent socialites. They had abandoned the social whirl to become reclusive cat ladies.

And though neighbors were appalled that they’d also abandoned maintenance of Grey Gardens, the eccentric “two Edies” seemed to enjoy their new lifestyle. For company they had not only cats but raccoons, and they filled the days with delightful activities—such as putting on their own private cabaret shows, as both women were accomplished singers and dancers. The Maysles brothers’ 1975 film enabled them to show and tell their life stories to a wide audience. Grey Gardens: The Musical premiered in New York in 2006; the Front Porch production is at the New Hazlett Theater. 2 p.m. Performances continue through August 26. 6 Allegheny Square East, North Side. (MV)

3) Why are some people big fans of one-act festivals? Because going to one, as opposed to seeing a full-length play, is like reading short stories versus reading a novel. You get a cross-section of stories in different styles and moods, which (a) is fun in itself, and (b) helps assure that you’ll see something you really like. The Pittsburgh New Works Festival, now in its 28th year, is one of the oldest and largest of its kind. Beginning today and continuing through September 23, a total of 18 new one-acts are presented by 18 regional theater companies.This year’s entries come from playwrights living across the United States and beyond—341 plays were submitted for possible inclusion in the festival—and the pieces range from high comedy to introspective drama.  See the Festival website for schedules and details. Carnegie Stage. 7 p.m. 25 W. Main St., Carnegie. (MV)