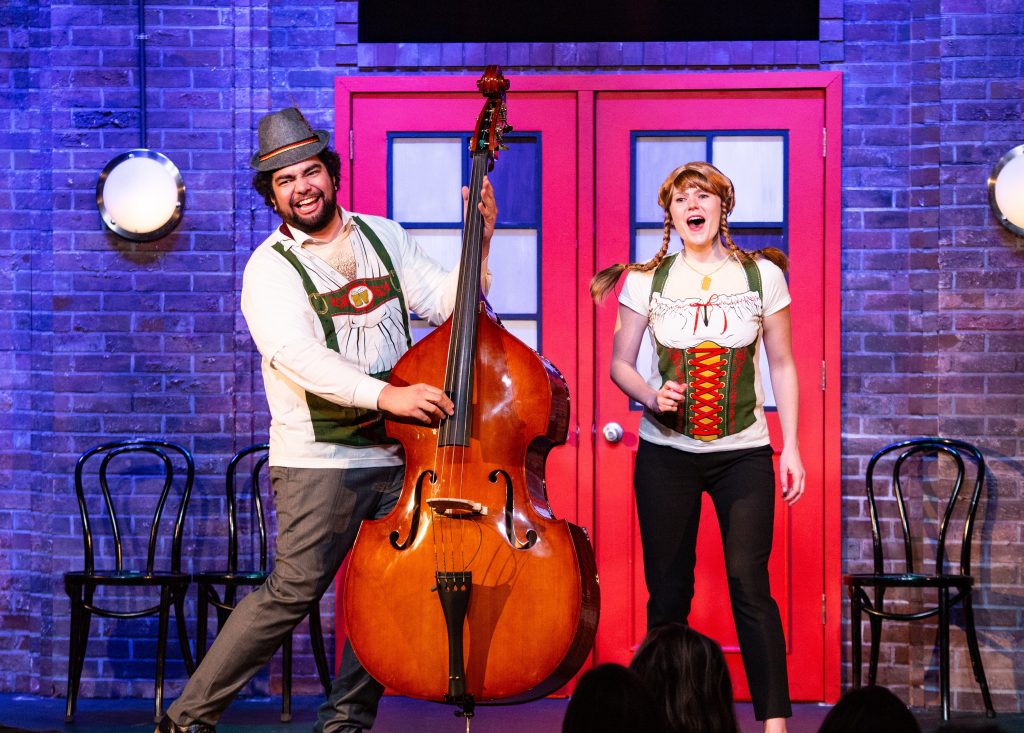 1) The Second City is such a good and legendary comedy company that journalists are tempted to write awful sentences like “The Second City is second to none.” But it’s true. Evidence can be seen in Pittsburgh when the company sends its traveling show The Second City: Greatest Hits, Vol. 59. The title refers to The Second City’s founding in 1959 by a group of young Chicago theater artists. They named themselves after a satirical book that belittled their hometown, Chicago: The Second City, by New York journalist A.J. Liebling. The company’s founders popularized the idea of turning improv from an actors’ exercise into live performance for an audience.  Over the years, The Second City also has pioneered a bunch of other stuff, spun off TV shows, and helped to launch the careers of famous alumni including Bill Murray, John Belushi, Gilda Radner, Steve Carell, Steven Colbert, Tina Fey, et cetera ad infinitum. You might catch a few next-gen stars in the Greatest Hits, Vol. 59 show. It’s hosted by Pittsburgh Public Theater at the O’Reilly Theater. 8 p.m. tonight and  5 and 9 p.m. tomorrow evening. 621 Penn Ave., Cultural District. (MV)

2) The Mighty Mighty Bosstones will perform at Mr. Smalls Theatre. The ska band, who formed in Boston in 1983, released “The Impression That I Get” in 1997 to crossover radio play. It appears on Let’s Face It, also released that year. 2018’s While We’re at It is the group’s latest album. Bedouin Soundclash and INCO FldO open. 8 p.m. Sold out. 400 Lincoln Ave., Millvale. (CM)

3) One of Pittsburgh’s hottest sports teams takes the field tonight—The Riverhounds. The squad takes on the Loudoun United FC at 7 p.m. at Highmark stadium. See some good soccer action up close and in person. 510 W. Station Square Dr., Station Square.