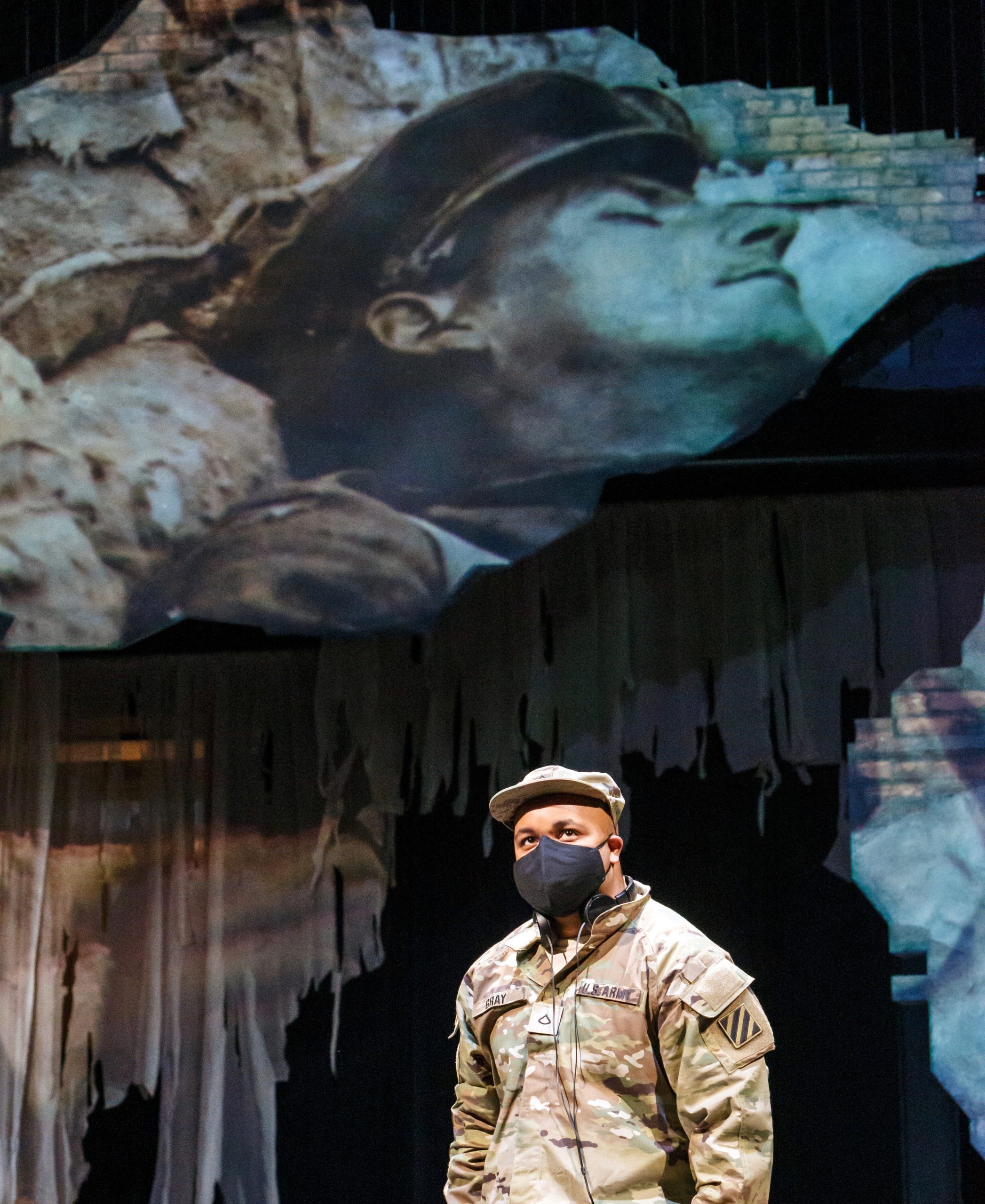 A singular show livestreams free tonight. Solder Songs—a one-hour, one-man, multimedia opera about the illusions and realities of war, by one of America’s leading young composers—gets an online performance from Pittsburgh Opera at 7:30 p.m.  The creator of this distinctive piece is David T. Little, whose other compositions include the post-apocalyptic opera Dog Days and the surreal bio-history opera JFK, both with librettist Royce Vavrek. Little himself wrote all of Soldier Songs after being inspired by former schoolmates who volunteered to serve in conflicts overseas. He interviewed U.S. veterans of several wars from World War II onward, using their stories as the basis for a stages-of-life narrative. The opera’s sole character sings and acts out a journey with its roots in childhood, when he was a boy fascinated by toy soldiers and combat games. As a young man he fights through the shocks of actual combat, then becomes an aging veteran in the buildup to a moving finale.

Soldier Songs was first commissioned by Pittsburgh New Music Ensemble, which premiered it as a concert with songs in 2006. Since then it has evolved into a fully staged opera. Pittsburgh Opera has baritone Yazid Gray as the unnamed “Soldier,” with stage direction by Kaley Karis Smith and Mark Trawka conducting. After tonight’s free livestream, a videorecording remains online through December 26 on the Opera’s Facebook page and YouTube Channel. (MV)