If your neighborhood seems a little quiet the morning of March 17, it may be because over 200,000 Pittsburghers and visitors are downtown for The St. Patrick’s Day Parade. Having begun as early as 1869 and billed as one of the oldest and largest St. Patrick’s Day parades in the country, it includes bands, Irish organizations, Miss Smiling Irish Eyes, and just about every politician in Allegheny County.

This year’s parade theme, as always, is “A Just Peace in the North of Ireland.” Each year brings something slightly different, although who could forget the 1993 parade? It continued despite a blizzard, the worst that the city had seen in over 100 years. (Hopefully no snow this year.) Additionally, this year welcomes the Express Employment Professionals Clydesdales, who will also appear 4 to 7 p.m. on Friday, March 16 at Donaldson Park in North Fayette. This free event includes food trucks, wagon rides, and other activities. 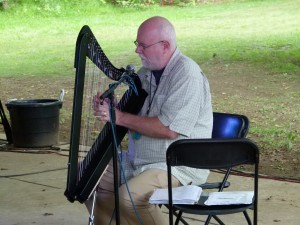 This year marks something unique and extra celebratory—a dedication to a single individual, none other than the late, great Dan Rooney, who was not only the former Pittsburgh Steelers chairman but also a United States Ambassador to Ireland. Look for Rooney family members and Steelers representatives in the parade.

St. Patrick’s Day is a good time to have a taste of Ireland’s native waters. (Guinness, Harp, and Murphy’s brews are some good ones as are Tullamore D.E.W. and Jameson Irish whiskies.) Have an old Irish toast, such as “May you be in heaven a full half hour before the devil knows you’re dead,” in any of several happenin’ Irish pubs including Mullaney’s Harp & Fiddle, McArdle’s, Murphy’s Taproom, McFadden’s, Riley’s Pour House, or Claddagh.  For those who don’t imbibe or are designated drivers (thank you!), enjoy a McDonald’s Shamrock Shake, a soft drink, or a cup o’ hot tea. (RH)

One of the most popular spots to celebrate St. Patrick’s Day is Mullaney’s Harp & Fiddle. With a tent connected to the pub, the celebration space is doubled. Irish bands and performers hold court all day and night in both spaces beginning at noon and going until about midnight. Mullaney’s will be featuring the top bands on the Pittsburgh Irish music scene including: Donnie Irish Band, Whiskey Limerick, Tullycavy, and Guaranteed Irish. 2329 Penn Ave., Strip District. (RH)

Think traditional Celtic music but with some extra beats per minute—that’s Bastard Bearded Irishmen. The local group is helping Pittsburgh usher in St. Patrick’s Day with its annual party at the Rex Theater. Their latest album, 2014’s Rise of the Bastard, features 12 originals, like the throttling “Tomorrow,” as well as three traditionals, like “Three Drunken Maidens.” A remixed version of their debut, Rebastard, was recently released with two bonus tracks. If the boys look a little tan for Irishmen, that’s because they will have just debarked from Train’s fifth annual Sail Across the Sun Cruise, which set sail earlier this month. Bastard Bearded Irishmen have also opened for Celtic punk heroes The Dropkick Murphys, and they were part of the 2016 lineup for the Thrival Music Festival. With the band officially sponsored by Jameson Whiskey it should be a fun and lively event. Gene the Werewolf and The Cheats open. 7 p.m. 1602 E. Carson St., South Side. (EC, CM)

Nestled next to the South Side Works multiplex, Claddagh is an Irish-themed pub and restaurant. Besides the expected Guinness, Harp, and Smithwick’s, the draft list rotates a bevy of local, national, and international beers plus wines and spirits. The food is solid, too, with Irish fare such as beef stew, shepherd’s pie, fish ‘n chips; and worldly cuisine such as fish tacos and the chicken & brie wrap. Events have included live music, some of it Irish, some of it pop. 8 to 10 p.m. Wednesday is trivia night through Pittsburgh Bar Trivia with gift cards going to the teams that place. Every month is a different trivia theme. Past themes were Harry Potter, Disney, “Friends,” and “Game of Thrones.” None other than EC contributor Christopher Maggio hosts. Claddagh is perhaps best known as one of the top spots in the city to watch rugby matches. St. Patrick’s Day is no exception. The restaurant will broadcast three Six Nations Championship rugby games live: Italy versus Scotland at 7:30 a.m., England versus Ireland at 9:45 a.m., and Wales versus France at noon. The revelry is sure to continue through the evening. 407 Cinema Dr., South Side. (EC)

Hard Rock Cafe is putting the rock in shamrock with (what else?) Sham-Rock. The live local music begins at noon in the Sham-Rock Cafe Tent in Bessemer Court with The Wild Geese, who play idyllic, mostly acoustic Irish music. Corned Beef and Curry, who go on at 1:45 p.m., aren’t a food fusion entrée, but the popular Pittsburgh Irish band consisting of John McCann, Brad (“Hamish”) Dindak, and Bob Banerjee. The Adorabulls aren’t an Irish band, but their covers of everything from ’80s music to hip hop, all on instruments such as the ukulele and suitcase percussion, should get attendees groovin’ into the evening. The tent closes at 7 p.m., but the party moves inside with a concert by The Clintones, a ’90s rock covers band, at 9 p.m. 230 W. Station Square Dr., Station Square. (CM) 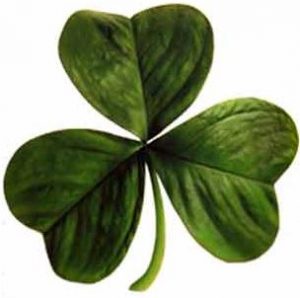 Grant-Lee Phillips’s first solo release after leaving the group Grant Lee Buffalo, 2009’s Ladies Love Oracle, put him on the radar again and his follow-up album Mobilize made him a successful recording artist. On Mobilize, Phillips played every instrument and used a drum machine for every track except “Hugo’s Theme” and “Sunday Best,” where he enlisted other musicians. He even had a recurring part on The WB network’s TV series “The Gilmore Girls” as the town troubadour. Phillips proudly touts his Native American roots which include Creek, Blackfoot, and Cherokee lineage. Phillips’s 2016 release The Narrows, examines themes of marriage, fatherhood, and moving from L.A. to Tennessee. He just released a new album Widdershins in February. He visits Club Cafe with co-headliner Kristin Hersh, lead singer/founding member of the art punk band Throwing Muses and alt rockers 50FOOTWAVE. 2016’s Wyatt at the Coyote Palace, released as a CD-and-hardcover-book combo, is Hersh’s most recent album. 8 p.m. 56-58 S. 12th St., South Side. (RH)

The Tampa Bay, Florida, area has some very talented blues guitarists, and one of those players—Selwyn Birchwood—is on the rise. He started playing at 13 and later met a neighbor—noted blues guitarist Sonny Rhodes—who taught him about blues guitar, lap steel guitar, and the business of running a band. Rhodes also insisted that Birchwood get a college education. He played in Rhodes’s band, took classes, and would even eventually earn an MBA from the University of Tampa. 2013 saw him winning the International Blues Challenge (IBC), and the next year he released Don’t Call No Ambulance on Alligator Records. Birchwood and his band won several major awards for the release. His latest album, Pick Your Poison, was released last May. Moondog’s. 8 p.m. 378 Freeport Rd., Blawnox.  (RH)