1) Limerick-born Dave King fronts Flogging Molly, a Celtic-punk band which formed in Los Angeles in 1997. They first started gelling as Flogging Molly when the group played a steady Monday night gig at the Los Angeles bar, Molly Malones. The band recorded and released a live album, Alive Behind the Green Door in 1997. Their name, Flogging Molly, is a tribute to the bar and people who supported them early on. A standout release includes 2008’s Float and its accompanying title track, a song about persistence. Their latest album is 2017’s Life Is Good. This month the Celtic punk rockers will bring their music to Stage AE. Special guests are The Interrupters, Tiger Army, and The Skints. Outdoor show. Doors open at 5 p.m. 400 North Shore Dr., North Shore. (R.H.) 2) OpenStreetsPGH is a fun event during which neighborhood streets are closed to auto traffic in certain parts of the city, so people can roll on through, whether biking, walking, or skateboarding. For the June 26 OpenStreetsPGH, participants will roll through parts of Downtown, the Strip District, and Lawrenceville. Businesses and civic organizations along the route often have special programs and offers. The July 30 event travels through the East End. The 4.4 mile loop connects Homewood, Larimer, East Liberty, Shadyside, and North Point Breeze. There will be plenty of fun activities in each neighborhood. For more info, check out the OpenStreetsPGH website. 10 a.m. – 2 p.m. (R.H.) 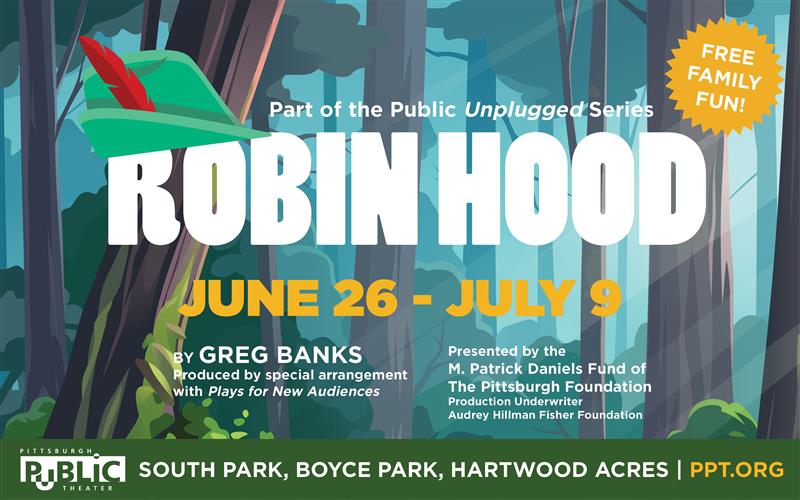 3) Pittsburgh Public Theater is bringing a free production of Robin Hood to three Allegheny County Parks. The series begins this afternoon at South Park Amphitheatre with performances at 2 and 7 p.m. The band of Merry Men (and women) will then proceed on to Boyce Park and Hartwood acres parks in subsequent weeks. For more information visit The Public’s website.