Suzanne Vega, highly acclaimed folk pop, singer/songwriter/acoustic guitar player and who Biography Magazine called “one of the most brilliant songwriters of her generation,” is playing the Oaks Theater this month. The event is billed as an intimate evening of songs and stories with Suzane Vega. Her songs include the top 10 hits “Luka,” and  “Tom’s Diner.” 8 p.m. 310 Allegheny River Blvd., Oakmont.

THE WHITE ROSE by James DeVita. Prime Stage Theatre and Holocaust Center of Pittsburgh. Streamed online; viewable on demand now through May 8. 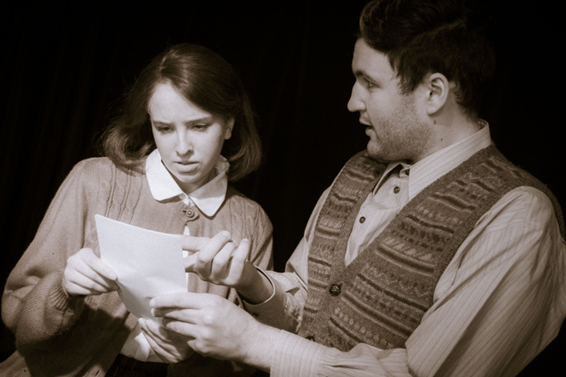 Since April is Genocide Awareness and Prevention Month worldwide, Pittsburgh’s Prime Stage Theatre has teamed with the Holocaust Center of Pittsburgh to produce and stream a play relevant to the subject. The White Rose is a fictionalized treatment of true events. In 1942, with Nazi Germany waging war on all fronts—and with the Holocaust under way—a group of students at the University of Munich organized a daring protest campaign. Calling themselves The White Rose, they printed and distributed pamphlets across Germany urging citizens to oppose the Nazi regime. Members of the core group were caught and executed, one of them after refusing an opportunity to recant. Since that time, multiple plays about The White Rose have been written and produced. Prime Stage, in keeping with its educational mission, chose one by James DeVita that is targeted to high-school-age youth and can also be appreciated by adults. DeVita’s The White Rose streams online in video-recorded form and is viewable on demand from the last week of April through the first week of May.